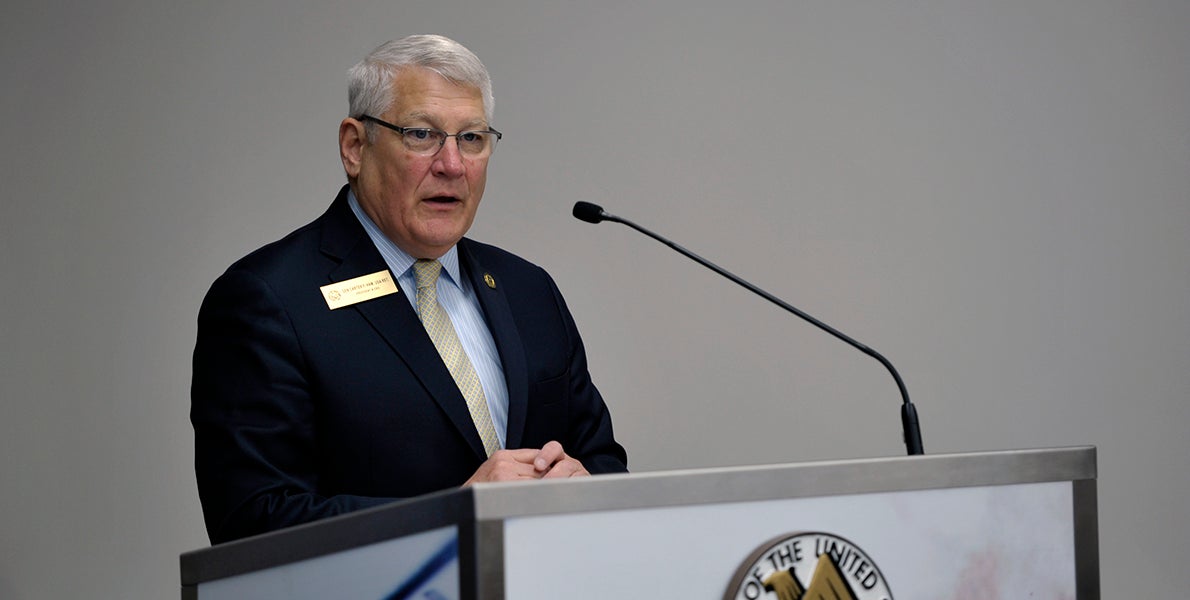 A three-day partial shutdown of the federal government that disrupted Army programs has ended with another stopgap measure to keep things running until midnight Feb. 8, but there are still only dim prospects for passing a bill to fund military programs for the fiscal year that began Oct. 1.

Retired Gen. Carter F. Ham, Association of the U.S. Army president and CEO, called on Congress to do better.

“In typical Washington, D.C., fashion, there were high-fives and big smiles as both chambers of Congress kicked the budget can three weeks down the road, ending the most recent government shutdown,” he said. “Really? This is cause for celebration? Handing America’s armed forces another three weeks of budget uncertainty hardly seems deserving of joyous recognition.”

“In truth, those who are so pleased that the shutdown ended after ‘only’ 3 days remind us all of the abject failings of Congress to fulfill its most basic duty—to provide adequate, predictable funding for defense of the nation,” Ham said. “Congress’ job is to pass a budget before the start of the government’s fiscal year. Just in case you forgot, that fiscal year started on Oct. 1 of last year,” he said, noting Congress has not passed an on-time budget since 2009.

Army Chief of Staff Gen. Mark A. Milley has complained that some of the Army’s problems result from chaotic budgeting. “The most fundamental thing we need is sustained, predictable funding,” Milley said at a Jan. 17 breakfast hosted by AUSA’s Institute of Land Warfare.

Rep. Mac Thornberry, R-Texas, the House Armed Services Committee chairman, acknowledged that ending the government shutdown “does not solve the funding crisis for the military.”

“While our troops can be certain of one more paycheck before this temporary spending measure expires, Congress owes them much more than that,” Thornberry said in a statement. “We owe them the certainty that they will have all the training, equipment, and resources they need when they go into harm’s way. We owe them the certainty that their needs will be considered on their own merits and not held hostage to other political issues.”

Thornberry said he would lead an effort to get a full year of funding for the military within the next three weeks.