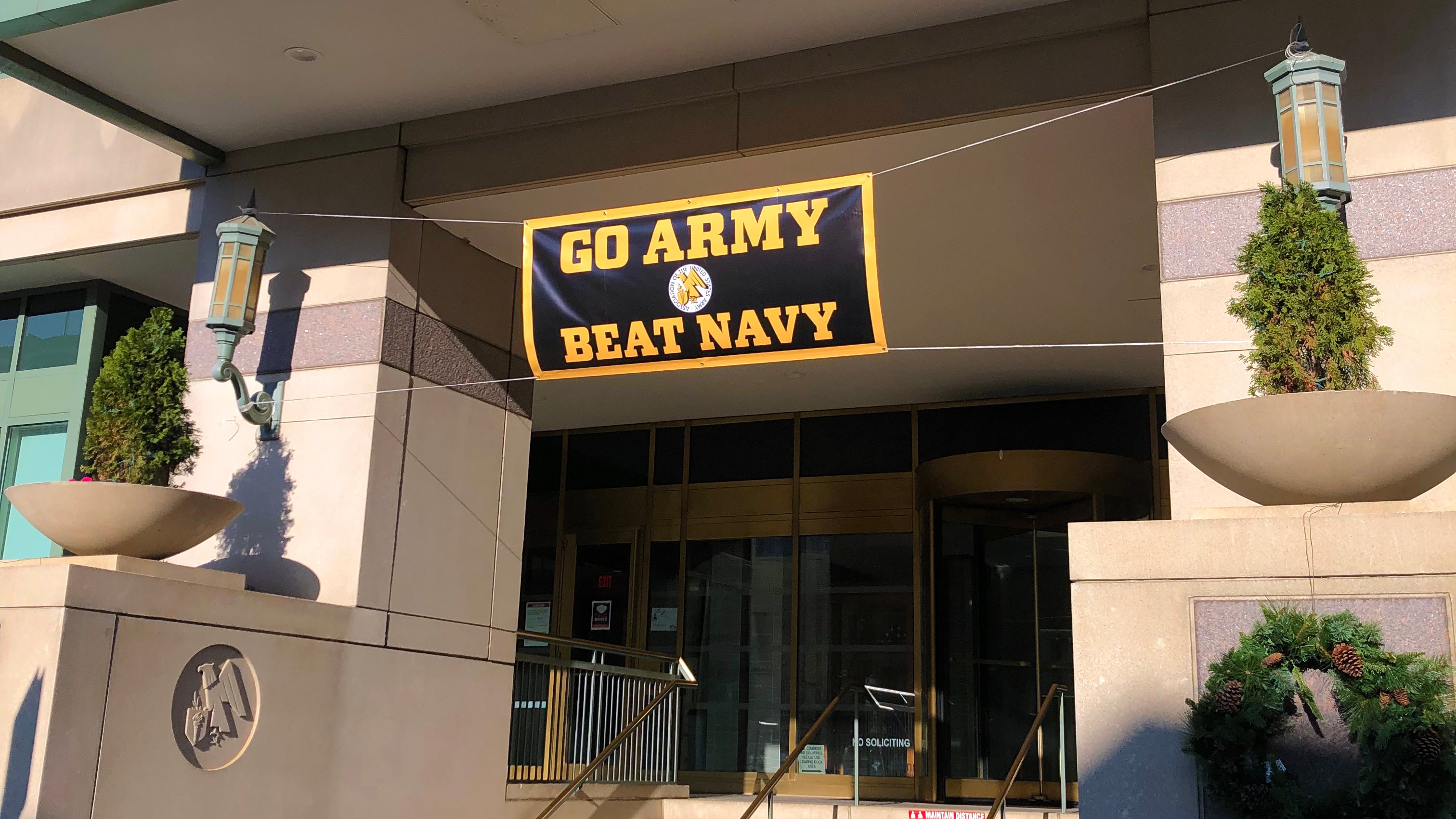 Photo by: Photo by: AUSA/Ali Muhammad

The 121st Army-Navy game on Dec. 12 has special meaning beyond the normal gridiron hype because it marks the first time since 1943 that the game will be played on the U.S. Military Academy’s homefield, Michie Stadium.

President Donald Trump is expected to attend the game, which was moved from Philadelphia to West Point because of the pandemic. Cadets and midshipmen will attend the game. No other fans will be allowed. The game will be televised by CBS beginning at 3 p.m. Eastern.

Army will be fighting to win on its own field while wearing uniforms honoring the 25th Infantry Division’s Tropic Lightning force from the Korean War. Navy leads the series with 61 victories. Army has won 52 games, and there have been seven ties. Navy won last year in a 31-7 blowout after Army defeated Navy in the three previous meetings.

The Black Knights have a 7-2 record this season going into the game, while the Navy Midshipmen are 3-6, including a 40-7 loss to the Air Force Falcons in early October.

The Association of the U.S. Army, whose Arlington, Virginia, headquarters is across the street from the Navy League, raised a banner making clear who it supports in the big game.