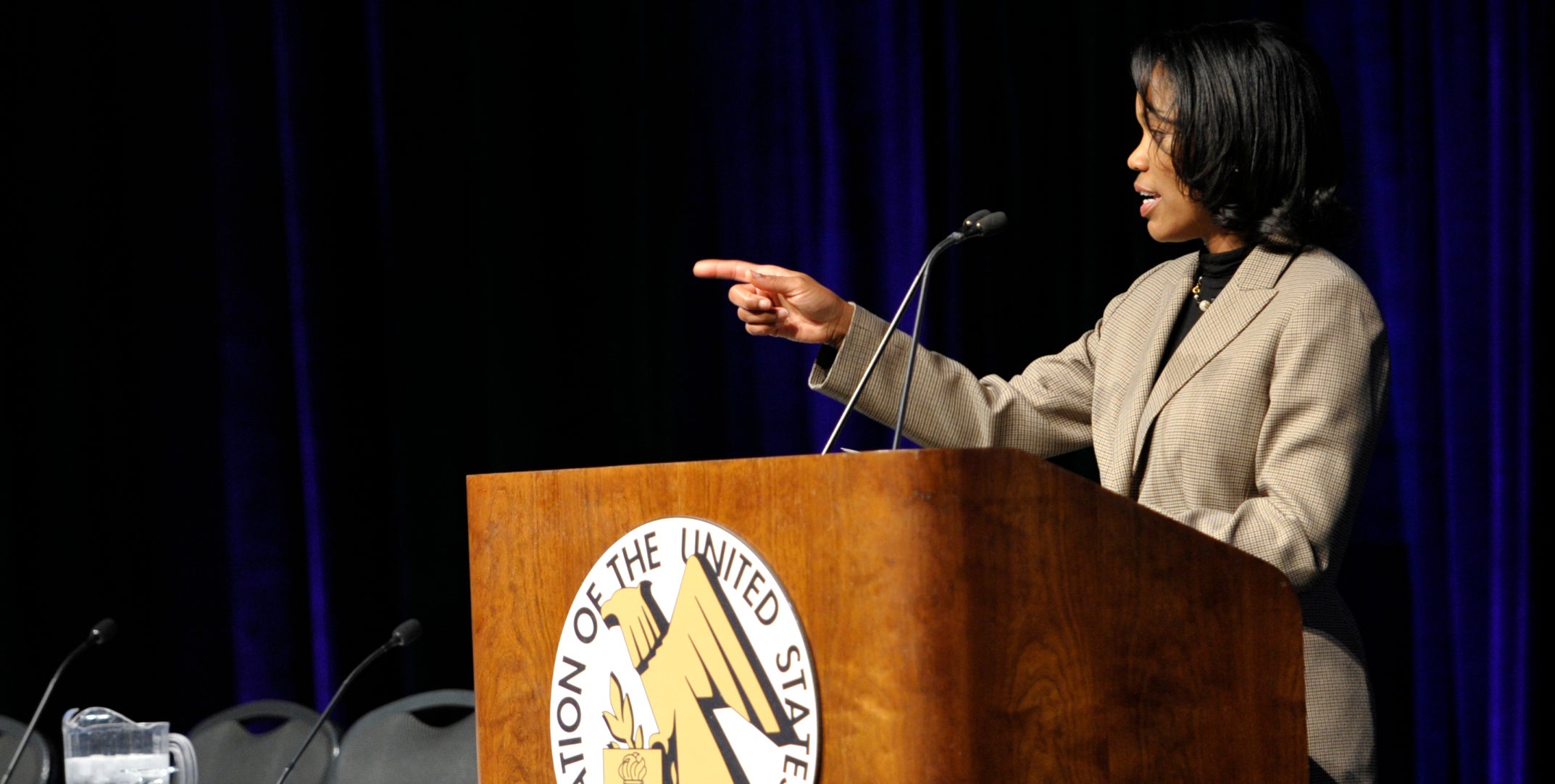 At the Association of the U.S. Army’s Global Force Symposium and Exposition in Huntsville, Ala., industry and the Army are focused on the uncertain future.

The three-day event of forums and exhibits has a singular focus of preventing the Army from becoming less than the biggest, baddest land force in the world.

That is a possibility, senior officials warned. “We are on the verge of losing our global superiority,” said Steffanie B. Easter, acting assistant Army secretary for acquisition, logistics and technology. “We could risk overmatch by taking forever to deliver new capabilities for our soldiers,” she said, describing a “sense of urgency in our efforts.”

Easter said one of the benefits of the Global Force event at the Von Braun Center is the opportunity for collaboration. “I look forward to spending some time with you,” she said in Monday morning remarks.

Forums and speeches during the event are being live-streamed by the Army Materiel Command: https://www.ausa.org/live.

Gen. David G. Perkins, Army Training and Doctrine Command commanding general, said the Multi-Domain Battle discussion the Army has been having over the last year focuses on shaping concepts for the future Army that are aimed at creating “windows of domain superiority” against adversaries.

The solution, he said, will drive modernization, doctrine and training, including leadership training.