George Nominated to Be Army Vice Chief of Staff

George Nominated to Be Army Vice Chief of Staff 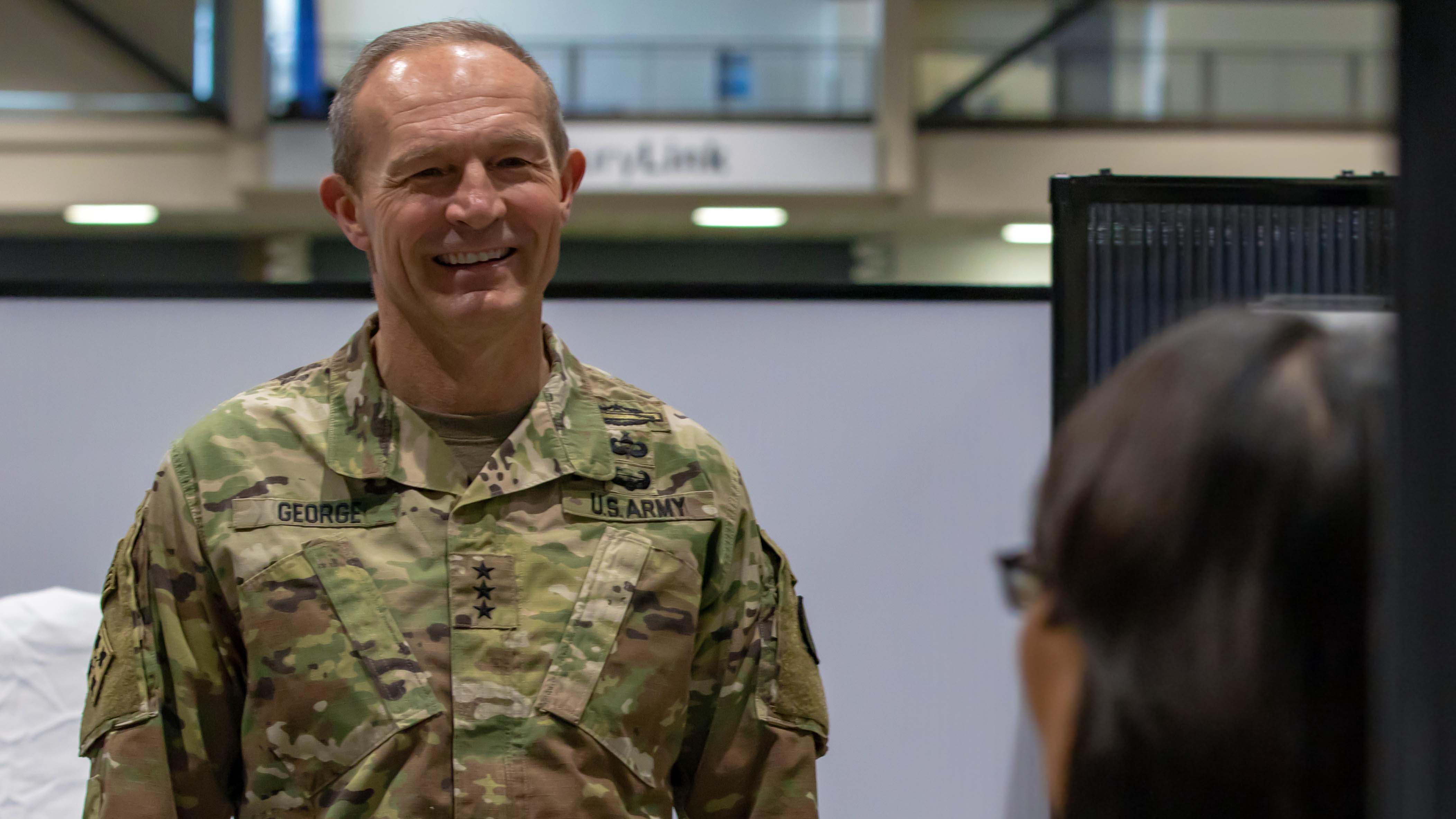 Lt. Gen. Randy George, the senior military assistant to Defense Secretary Lloyd Austin, has been nominated to be the next Army vice chief of staff.

A former commander of I Corps and the 4th Infantry Division, George would succeed Gen. Joseph Martin if he’s confirmed by the Senate. He also would receive his fourth star.

George, whose nomination was sent to the Senate on April 4, has served in his current position at the Pentagon since June 2021. A 1988 graduate of West Point, George commanded I Corps at Joint Base Lewis-McChord, Washington, from February 2020 to June 2021, and the 4th Infantry Division at Fort Carson, Colorado, from August 2017 to October 2019.

The native of Alden, Iowa, also has served multiple deployments to Iraq.

Martin has been the 37th Army vice chief of staff since July 2019. A 1986 West Point graduate, Martin also is a veteran of Iraq. He previously served as director of the Army Staff and is a former commander of the 1st Infantry Division.