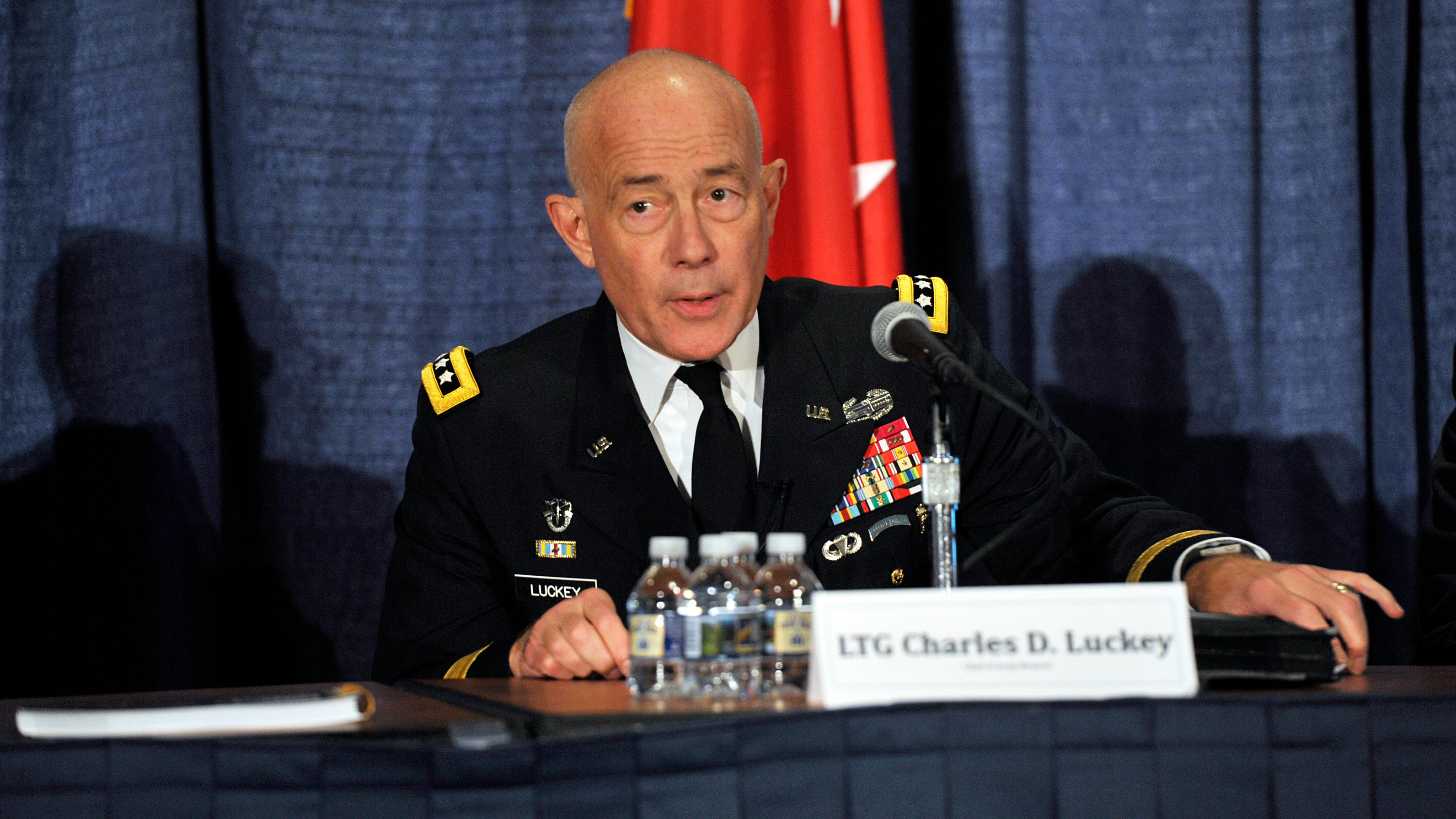 The Army must switch to an operational model geared toward fighting a large-scale, contested fight, Army leaders said Oct. 9. The leaders made their comments during a morning seminar at the AUSA Annual Meeting and Exposition in Washington, D.C.

The Army has been focused on stability operations for 17 years, the panelists said, but now must focus on a potential multidimensional fight against a peer adversary, in contested and multiple domains, the four panelists agreed.

“We have optimized our forces for the fight we’re in,” said Lt. Gen. Michael D. Lundy, who commands the U.S. Army Combined Arms Center. And, while the Army continues to conduct stability operations, he indicated that model is rapidly becoming outdated.

Envisioning large-scale, continental-wide combat, U.S. forces need access, staging and mission-command capability, among other things, Cavoli said. “We have to bring the Army to speed on large scale continental conflict,” he said.

“We must be able to fight on short or no notice,” Piggee said. “The supply chain must be agile.”

Even if agile, though, the chain must have things to supply, the logistics commander said.

“Do we have sufficient munitions, food, supplies,” Piggee said. “Do we have the right stops at the right places?”

In a future large-scale contest, the panelists said, the Army would need to rely heavily on its reserve component.

The Army is counting on the Reserve to meet America’s needs, said Lt. Gen. Charles D. Luckey, who commands the Army Reserve.

The biggest question facing Luckey is whether the Army could leverage its reserve component fast enough to meet the nation’s needs.

“We’ve been on one model, and must switch to another,” Luckey said. The Army needs to prepare itself now, panelists agreed. In a next conflict, said Piggee, “We’ll come as we are.”