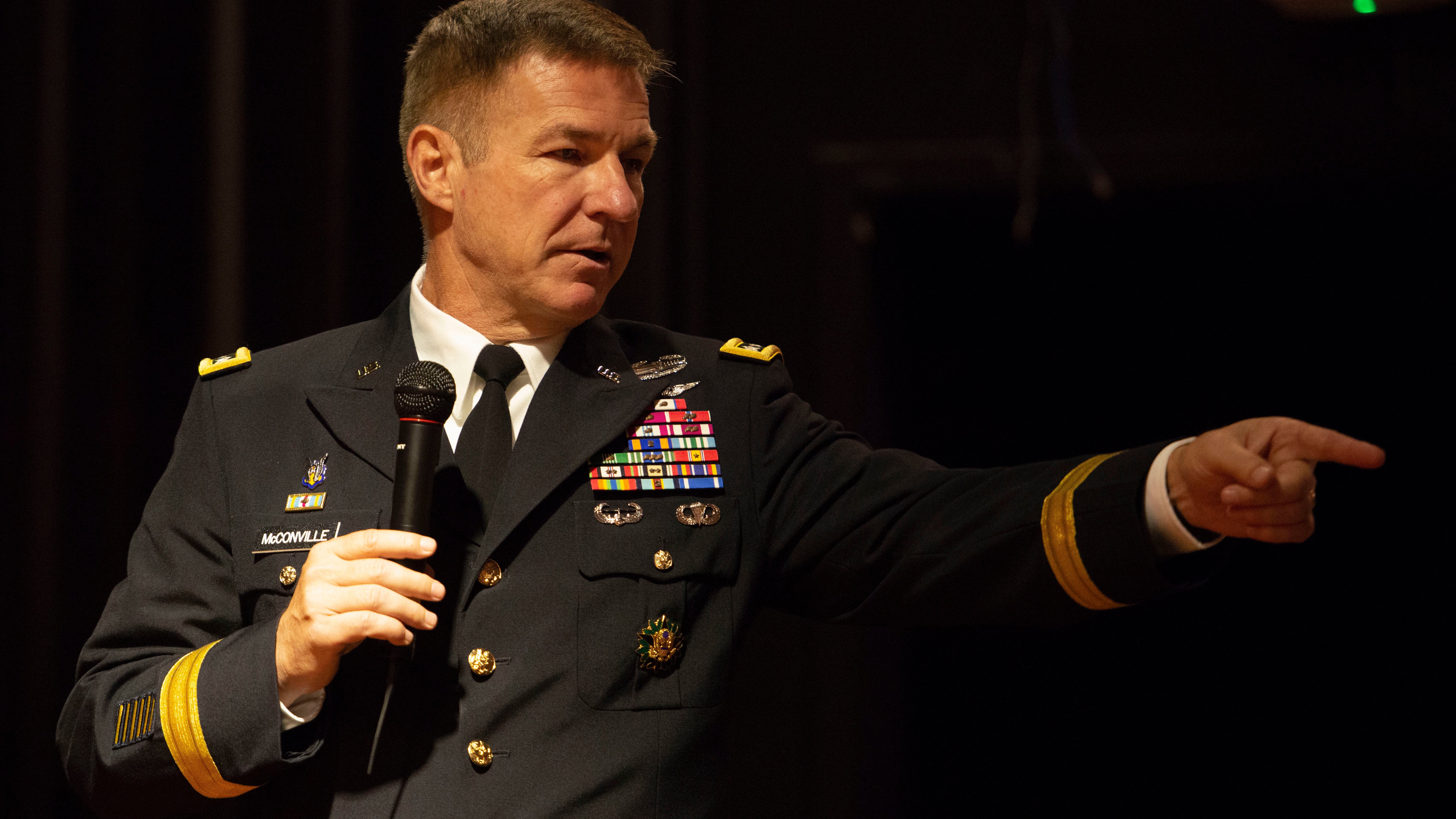 Gen. James C. McConville pledged May 2 that if confirmed to be the next Army chief of staff, he will “provide innovative ideas that will enhance the organization, training and equipping of the Army for great-power competition.”

Army vice chief of staff since June 2017, McConville has been one of the key uniformed leaders in the Army’s effort to streamline modernization and change the culture surrounding weapons acquisition.

“We cannot compete in the current information age with an industrial age mentality. We must continue to modernize our Army with the Multi-Domain Operations concept at echelon and in line with our six priorities, fielding new equipment through rapid prototyping and implementing an agile 21st-century talent management system,” he told the Senate Armed Services Committee.

He has many transformation goals, including developing and delivering the Multi-Domain Operations concept, pushing the Army’s six modernization priorities and overhauling the personnel system. “We are at an inflection point and entering an era of great-power competition,” he said.

His nomination does not appear to face any problems. “Who can vote against a guy who has two sons and a daughter—all captains—in the Army?” said Sen. Jim Inhofe, the Senate Armed Services Committee chairman.

McConville promised that soldiers will always be his top priority, and said he wants the Army—across all components—to be larger. “I believe a Regular Army end strength of greater than 500,000, with  associated growth in Guard and Reserve forces, will allow the Army to more effectively accomplish the missions outlined in the NDS with less risk,” he said, referring to the National Defense Strategy.