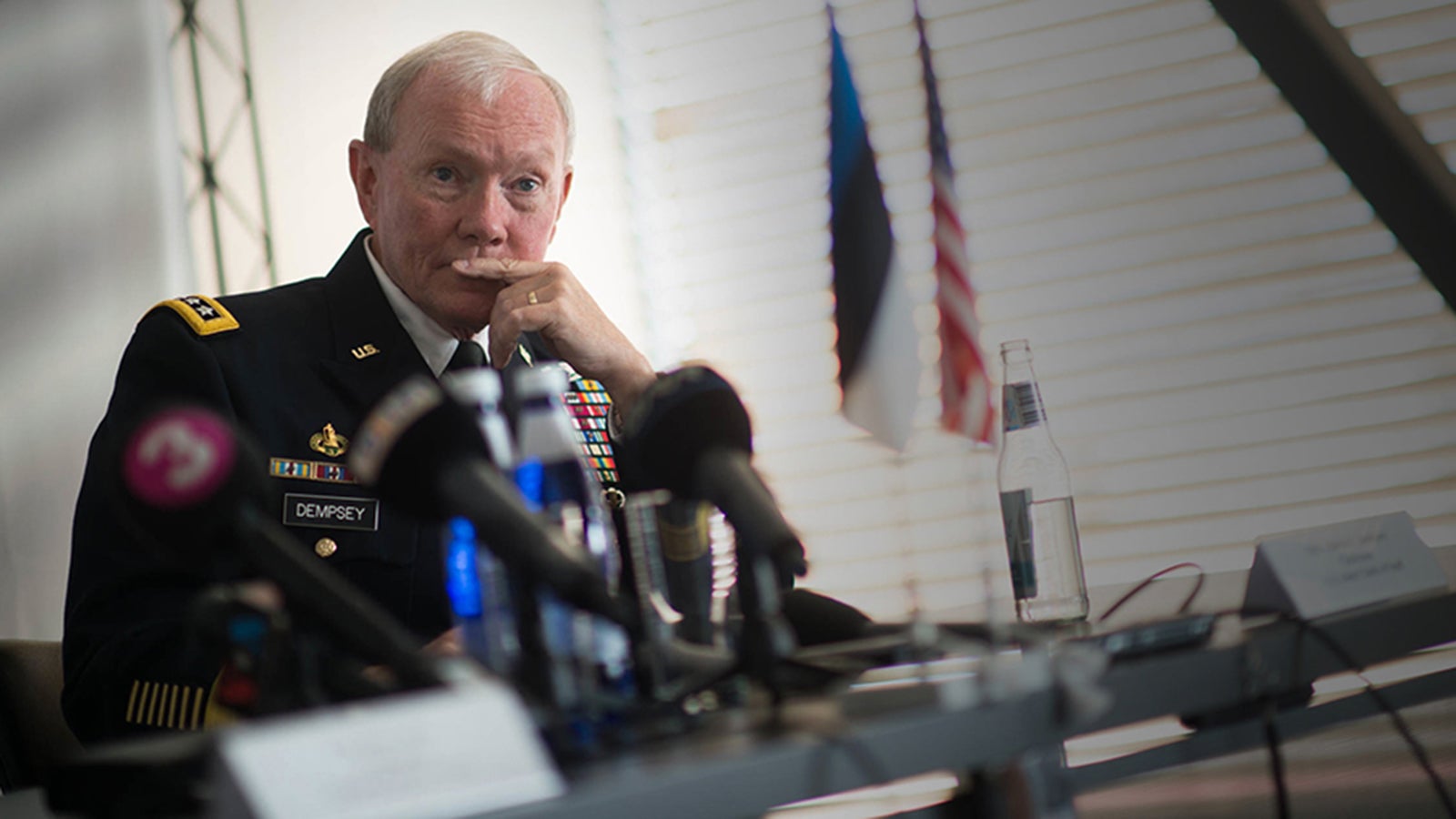 Retired Army Gen. Martin E. Dempsey, the 18th chairman of the Joint Chiefs of Staff and the 37th Army chief of staff, has been selected by the Council of Trustees of the Association of the U.S. Army as the recipient of the 2019 George Catlett Marshall Medal for sustained commitment to America’s armed forces.

AUSA’s highest honor for distinguished public service, the award will be presented to Dempsey Oct. 16 at the Marshall Dinner, the final event of the Association of the U.S. Army Annual Meeting and Exposition in Washington, D.C.

“Gen. Dempsey exemplifies the characteristics and traits that we seek in our nation’s most senior leaders. He is, to me, the epitome of the selfless leader whose strength of character serves as a model for each of us to emulate. He loves soldiers and their families, and he loves our Army. I am confident that Gen. Marshall would be proud of our choice to honor Gen. Dempsey with the 2019 Marshall Medal,” said retired Gen. Carter F. Ham, Association of the U.S. Army president and CEO.

Dempsey said Gen. George Marshall “was the leader I studied most in the latter part of my career.”

“When I became chairman of the Joint Chiefs of Staff, I actually borrowed his official portrait from the Center for Military History to hang in my office. When faced with a complex, challenging issue, I would often ask myself, ‘What would Gen. Marshall do?’” Dempsey said.

Dempsey became Army chief of staff in April 2011 and then chairman of the Joint Chiefs of Staff in September 2011. Since retiring, Dempsey has been a devoted supporter of service members, veterans and their families. As a Rubenstein Fellow at Duke University in North Carolina, he lectures and teaches about ethical leadership. He serves as chairman of USA Basketball, the national governing body that selects the teams that represent our country in international competitions up to and including the Olympics.

Leadership, integrity and understanding what it means for our Army to be a profession were constant topics for Dempsey. To be an effective leader, “the first thing you have to do is be yourself,” he said in a 2012 interview when he stressed traits such as humility, responsibility and trust as important components of command.

“One of our great strengths as a nation is the diversity of backgrounds we draw into our military and the way that we mold them into professionals dedicated to a particular set of values,” he said. “We truly believe it’s not just what we accomplish but how.”

Dempsey and his wife, Deanie, have been married for 42 years. They have three children who have served in the Army. Their son, Chris, remains on active duty and is currently deployed commanding 1st Battalion, 66th Armor Regiment. They have nine grandchildren.

The Marshall Medal, awarded by AUSA since 1960, is named for General of the Army George Catlett Marshall Jr., a former Army chief of staff who also served as secretary of state, secretary of defense and U.S. special envoy to China in a public service career that spanned the Spanish-American War through the Truman administration.