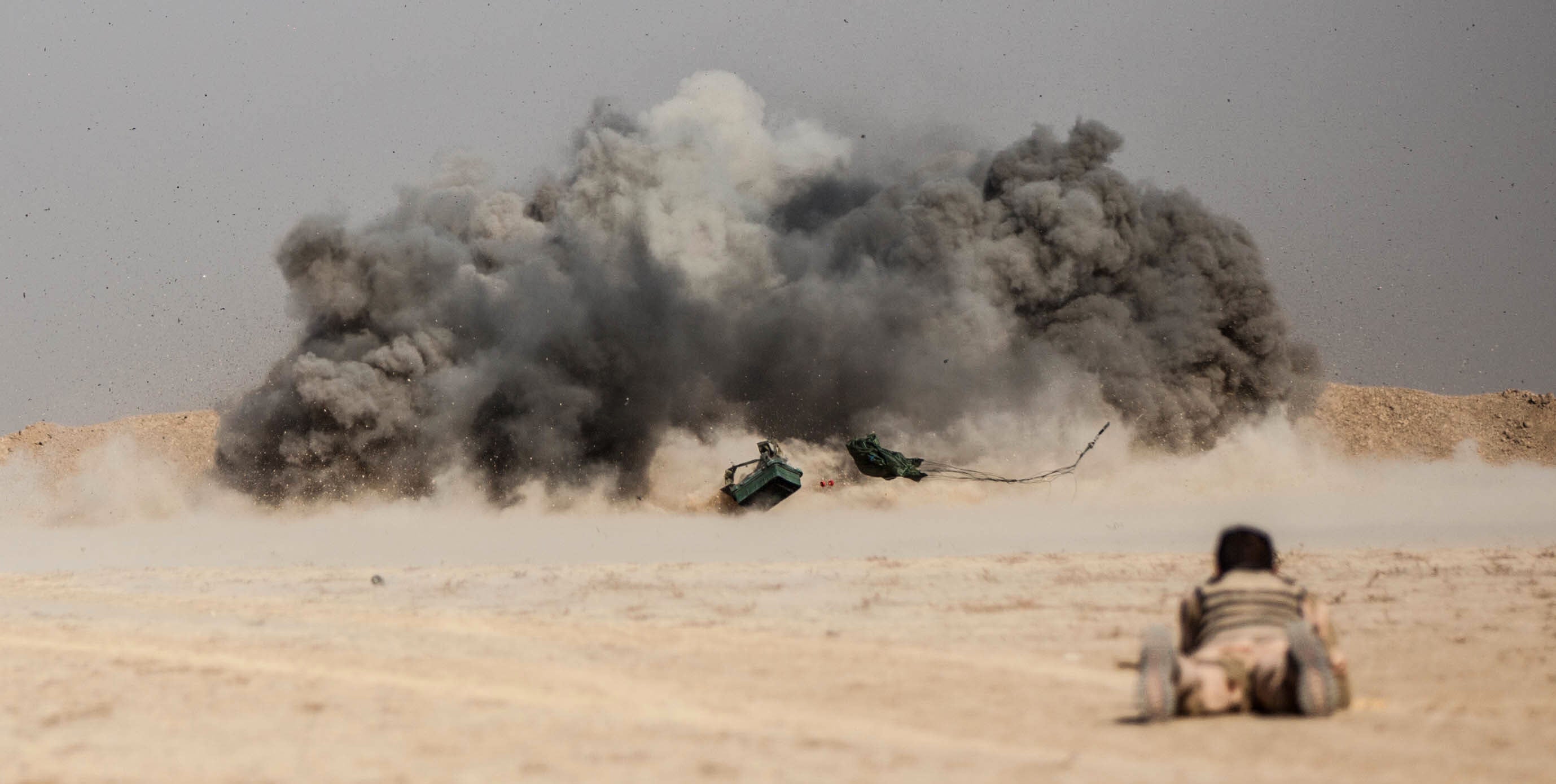 In a teleconference with reporters, Col. Ryan Dillon said Syrian Democratic Forces are engaged “in a fierce urban fight” and have cleared 50 percent of Raqqa. “Fighting in the tightly packed Old City is particularly difficult,” he said, with Islamic State fighters “rigging buildings and even corpses with improvised explosives.”

In Iraq, cleanup is underway in Mosul as “civilians begin to rebuild their lives,” and the coalition is preparing for operations in Tal Afar to remove about 2,000 Islamic State fighters from one of the militants’ last strongholds, Dillon said.

“ISIS is under significant pressure as a direct result of the coalition targeting its oil and other revenue streams,” he said, using the abbreviation for the Islamic State in Iraq and Syria. “They are becoming increasingly desperate and resorting to more arbitrary taxation and extortion, which further undermines its credibility with the local population and its attractiveness to recruits.”

“These efforts—along with ISIS battlefield losses, their leaders being killed and degradation of their propaganda—all contribute to an organization that is losing,” Dillon said. “ISIS is losing. It will continue to lose under the pressure of our partner forces and the coalition until they are defeated in Iraq and Syria.”