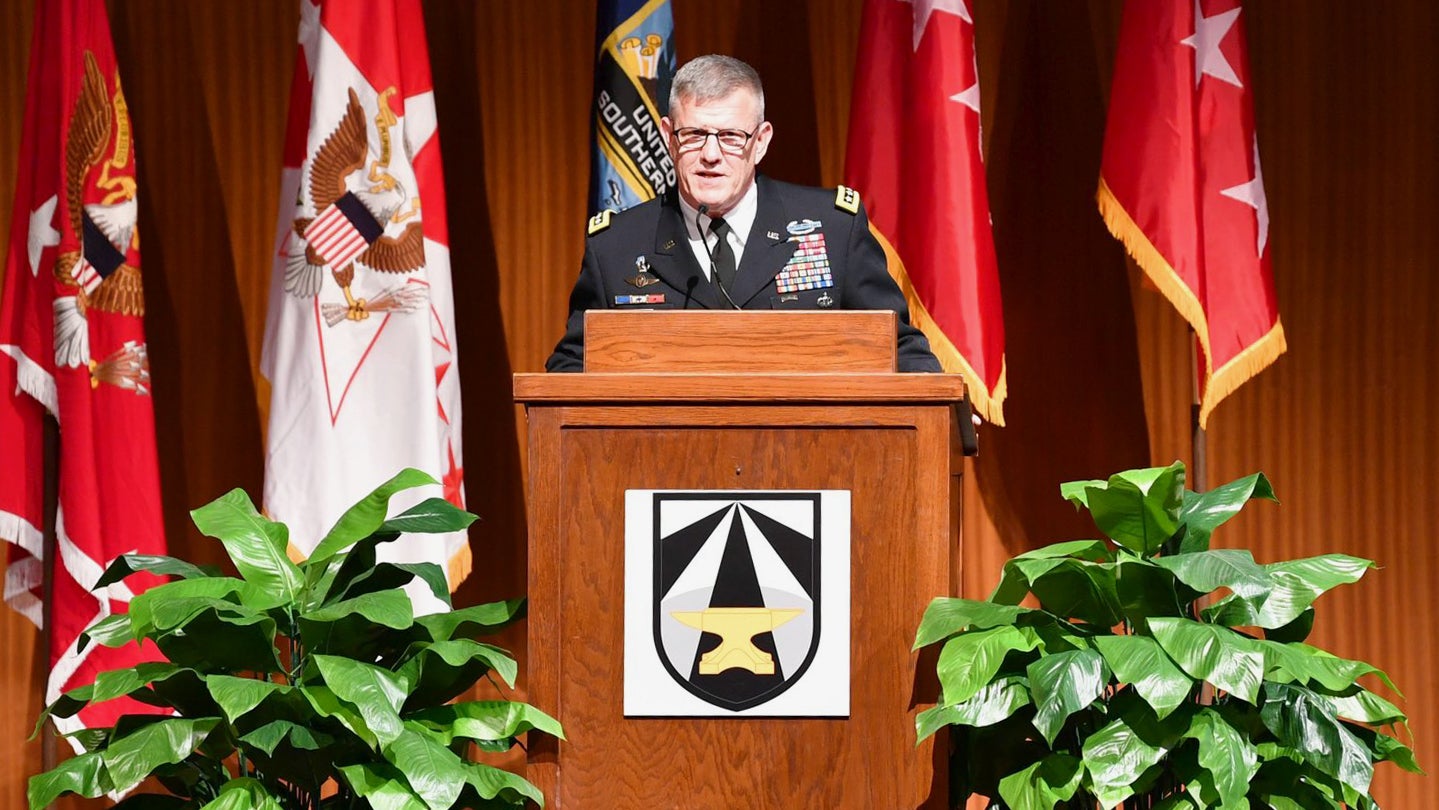 Almost a year after bidding farewell to its first commander, Army Futures Command on Oct. 4 welcomed its next commander during a ceremony in Austin, Texas.

Gen. James Rainey, who most recently was the Army deputy chief of staff for operations, now leads the Army’s newest four-star command. He succeeds Gen. Mike Murray, who helped stand up the command and retired last December after more than three years at the helm.

Lt. Gen. James Richardson, who served as the command’s deputy commander and then its acting commanding general, was honored during the Oct. 4 ceremony as he retires from the Army.

In a separate ceremony, Maj. Gen. Ross Coffman was promoted to lieutenant general before assuming the duties of the deputy commanding general of Army Futures Command. Coffman most recently was the director of the Army’s Next Generation Combat Vehicles Cross-Functional Team.

“I am honored and humbled to join this great team,” Rainey said. “I think Army Futures Command was a bold idea that is absolutely critical to the success of our Army and the defense of our nation. I’m glad to join the team.”

Army Secretary Christine Wormuth lauded Rainey as a gifted leader. “I know I can trust him to tackle the toughest problems with tremendous energy,” she said. “He is the right leader to build on the excellent work of Gen. Mike Murray and Lt. Gen. Jim Richardson and to bring Futures Command into the next phase of delivering the Army of 2030 and looking ahead to 2040.”

Rainey takes command of Futures Command at a critical time in the Army’s transformation effort.

Since the command was stood up in 2018, it has delivered 14 signature systems from the Army’s six modernization priorities, Army Chief of Staff Gen. James McConville said. The command is on track to next deliver 24 more systems in fiscal 2023, he said.

Rainey is a “proven warfighter to the core,” an innovative leader who understands how the enterprise works and who “makes things happen,” McConville said. “He’s exactly the kind of leader we need here at AFC,” he said.

Rainey said he is confident in the “incredibly talented” team at Futures Command and “great teammates that want nothing more than to see us succeed.”

“We will absolutely deliver the Army of 2030 while we’re designing the Army of 2040. I’m 100% confident of that,” he said. “I’m excited and I’m confident that all of us together as a team are going to make a huge, huge difference for our Army, the joint force and our great country.