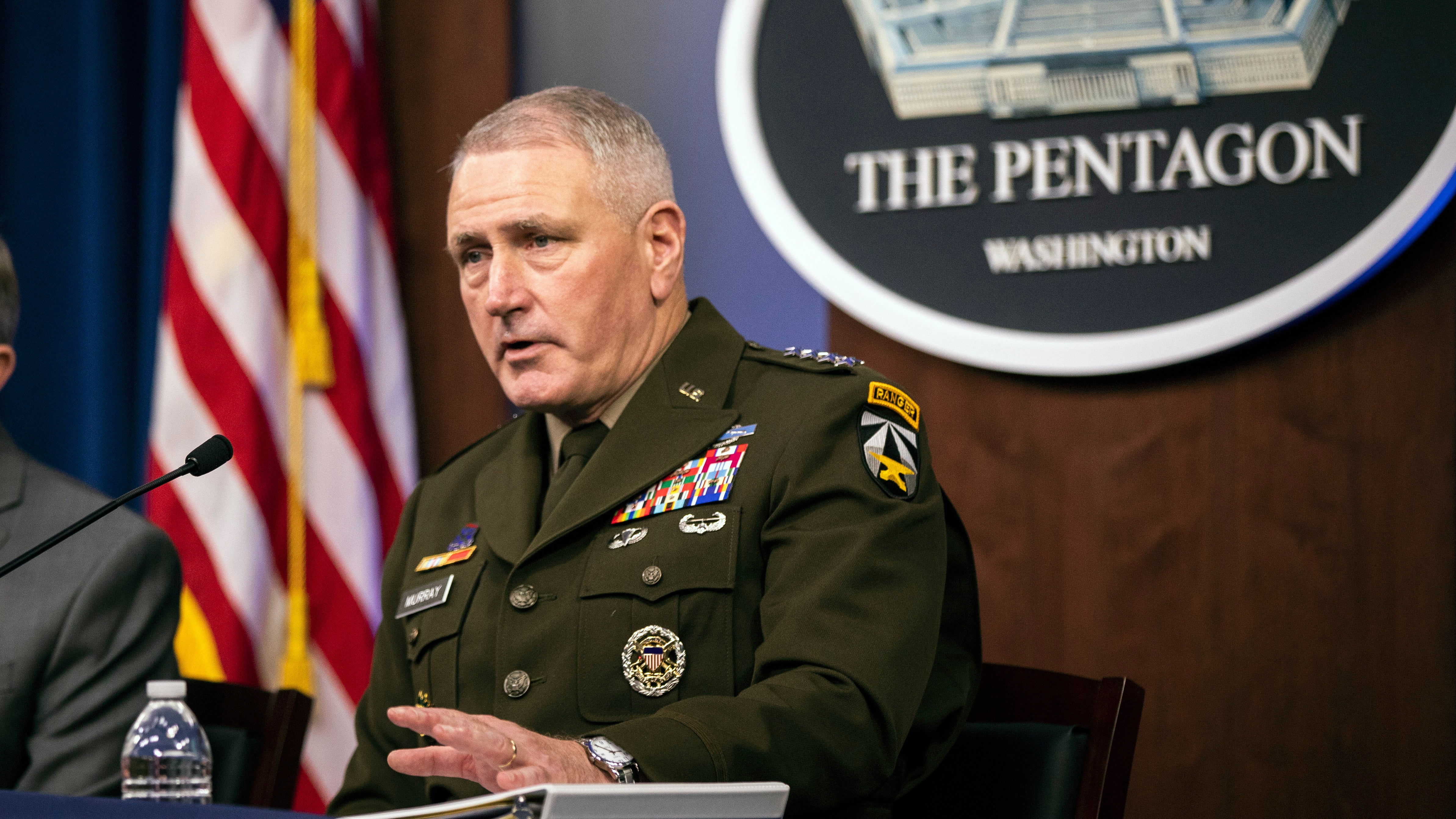 While recognizing that presidential elections can often mean many changes, Army Futures Command's commander said he expects most of the Army’s priorities are likely to stay the same.

“I remain committed, as long as the Army will have me, to maintain that momentum regardless of the upcoming changes with the new administration,” said Gen. Mike Murray, speaking at a Jan. 25 webinar hosted by the Center for Strategic and International Studies. “Our modernization priorities have remained consistent, and they will remain consistent.”

The Army’s modernization priorities—Long-Range Precision Fires, Next-Generation Combat Vehicle, Air and Missile Defense, Future Vertical Lift, Network and Soldier Lethality—have not changed because leaders have been able to show that they are the six most important and pressing needs for the Army, Murray said.

The Army also will remain the most dominant land power in the world, and it will remain ready today while it transforms for tomorrow’s battlefield, Murray said. This is why the service must continue to push ahead on its ambitious modernization plans, he said. “The incremental changes we’ve undergone for the past 40 years will not be sufficient,” he said.

In the past three years, the Army has set—and stuck to—its six modernization priorities. It stood up Futures Command and strengthened its partnerships with industry, academia and its own acquisition partners, Murray said. Leaders realigned more than $30 billion to fund its most critical modernization programs, shortened the amount of time it takes to deliver new capabilities to soldiers, and are working on a Multi-Domain Operations concept that will soon become doctrine.

Some of the progress the Army has made was demonstrated through Project Convergence, an umbrella event Murray calls a “campaign of learning.” The first iteration of the event took place in September at Yuma Proving Ground, Arizona, and it was an opportunity for the Army to test new or developing technologies.

“What was really exciting to me is the power of bringing scientists and technicians to the soldiers in the dirt at Yuma and focusing that team, the developers and the users, on a common problem and how quickly we can actually solve problems,” Murray said.

Using feedback from soldiers, “it was just incredible to watch code being written every day and every night at Yuma to solve problems,” he said.

But Project Convergence is more than just technology, Murray said. “It’s about how we will fight in the future, and it’s really, in many ways, how we will organize and the talents we’ll need in the future.”

Plans are already underway for Project Convergence 21, scheduled for the fall at Yuma and White Sands Missile Range in New Mexico. This year’s event will include the Navy, Air Force and Marine Corps, Murray said.

“My plea to the joint force is, this is not about bringing your equipment to an Army exercise,” he said. “This is about coming together from the very beginning to plan and execute to solve joint problems.”

In 2022, the exercise will include allies and partners, and there are also early plans for an event in 2023, Murray said.

Looking ahead, Murray said it’s too early to know how the Army’s modernization plans might change with the new administration—and he knows defense budgets may stay flat or decline. “We’re going to do as much as we possibly can to fully fund our priorities moving forward,” he said.

Murray added that he’s “fairly optimistic” because “the Army has made some really tough choices in the last three years. There’s a case to be made out there that we did it right. I think we’re on a great path from a modernization standpoint.”

If cuts need to be made in the future, whether from force structure, readiness or modernization, “as hard as the decisions have been over the last three years, there’s no easy decisions coming up for our senior leaders about where our resources come from, if they’re forced to make those choices,” Murray said.