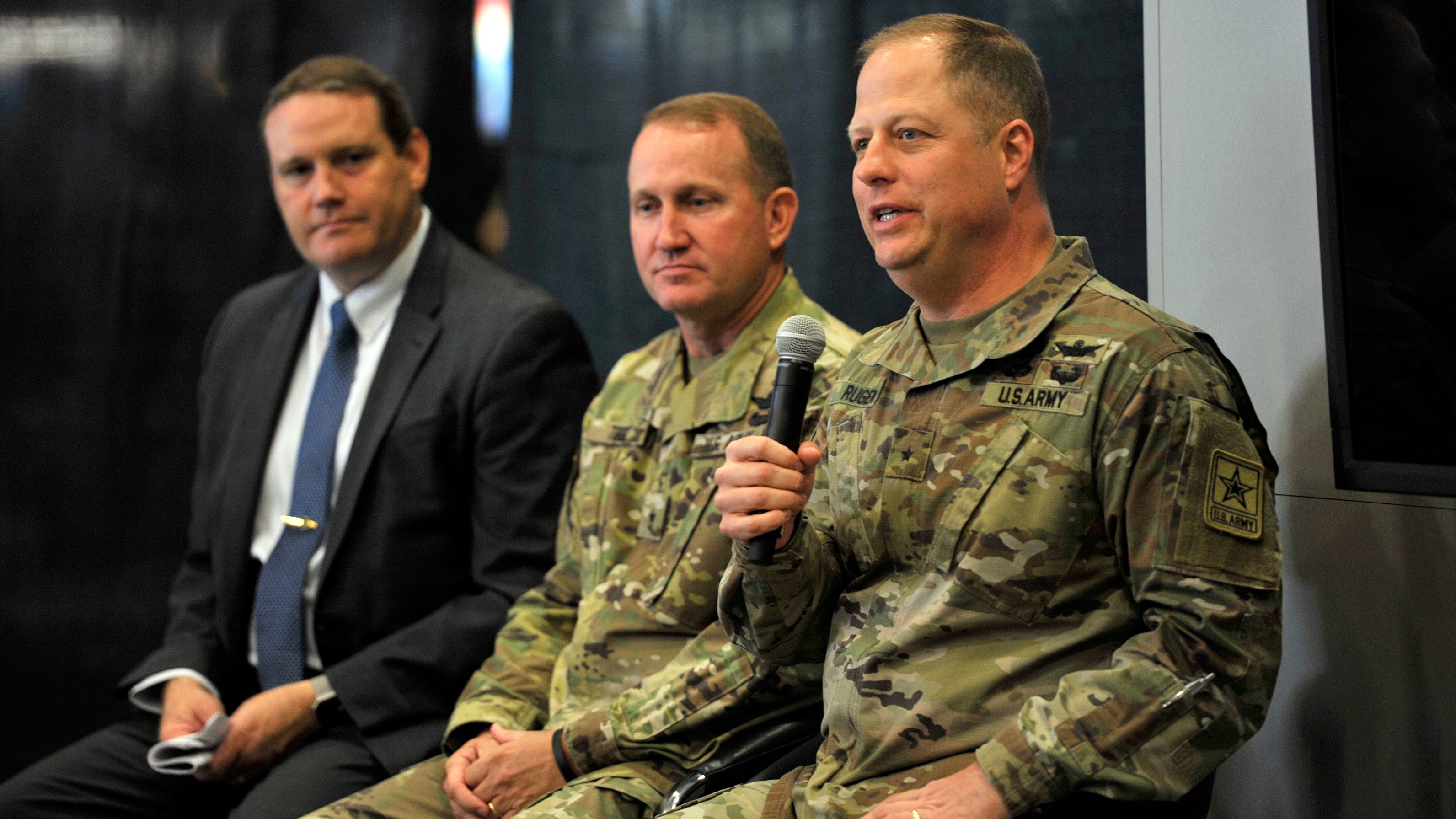 In the aftermath of several recent decisions and actions, today’s Future Vertical Lift (FVL) Cross-Functional Team (CFT) briefing at Warriors Corner at the AUSA Annual Meeting and Exposition in Washington, D.C., focused on recent advancement and activity areas within the FVL arena.

Brig. Gen. Wally Rugen, director of the FVL CFT, opened the panel with recognition of congressional support in the fiscal 2018 and fiscal 2019 time frame, noting, “We really appreciate their trust as we come ‘out of the blocks,’ sprinting with a number of initiatives. And we are going to invest those resources wisely and earn that trust.”

Rugen pointed to four CFT lines of effort - Modular Open System Architecture, Future Unmanned Aircraft System, Future Attack Reconnaissance Aircraft, and Future Long Range Assault Aircraft – describing them as “an ecosystem that’s going to operate from relative sanctuary; quickly aggregate with increased reach, which is speed, range and endurance; be able to penetrate contested airspace; and then exploit that penetration by projecting combat power through a window of opportunity.”

He credited the Modular Open Systems Architecture with allowing operations “at the speed of technology, and also increased competition, thereby decreasing cost by preventing vendor-lock.”

He said the Future Unmanned Aircraft System (FUAS) is “heterogeneous,” consisting of “multiple types of UAS that are purpose built, typically runway independent, and can help us do the dangerous or dirty work that is needed in a very contested and competitive battlefield.”

“We feel the FUAS is going to conduct a lot of our targeting and bring lethal and nonlethal effects into an enemy A2AD environment,” he added.

Rugen characterized the Future Attack Reconnaissance Aircraft as “the close-combat conductor of the FUAS,” and of helping the air-ground team through deep interoperability with intelligence, fires and maneuver warfighting functions.

He was quick to caution that the fourth FVL CFT line of effort, Future Long Range Assault Aircraft, is far from a last priority, offering, “It is the most important priority, because as we open a window, we want to be able to exploit that and project combat power through. And that’s what that aircraft is going to do.”

Highlighting CFT metrics over the past nine months, he began by pointing to the release of two Requests for Proposal (RfPs) the previous week: Future Attack Reconnaissance Aircraft and Future UAS.

Both Rugen and Brig. Gen. Thomas Todd III, program executive officer for Aviation, highlighted the seamless coordination between the PEO and CFT, pointing to anticipation of “a big year for FVL in ’19.”

Pointing to a planned leveraging of efforts, Rugen offered, “We’re not resting on our laurels. We have much more to do this coming year.”