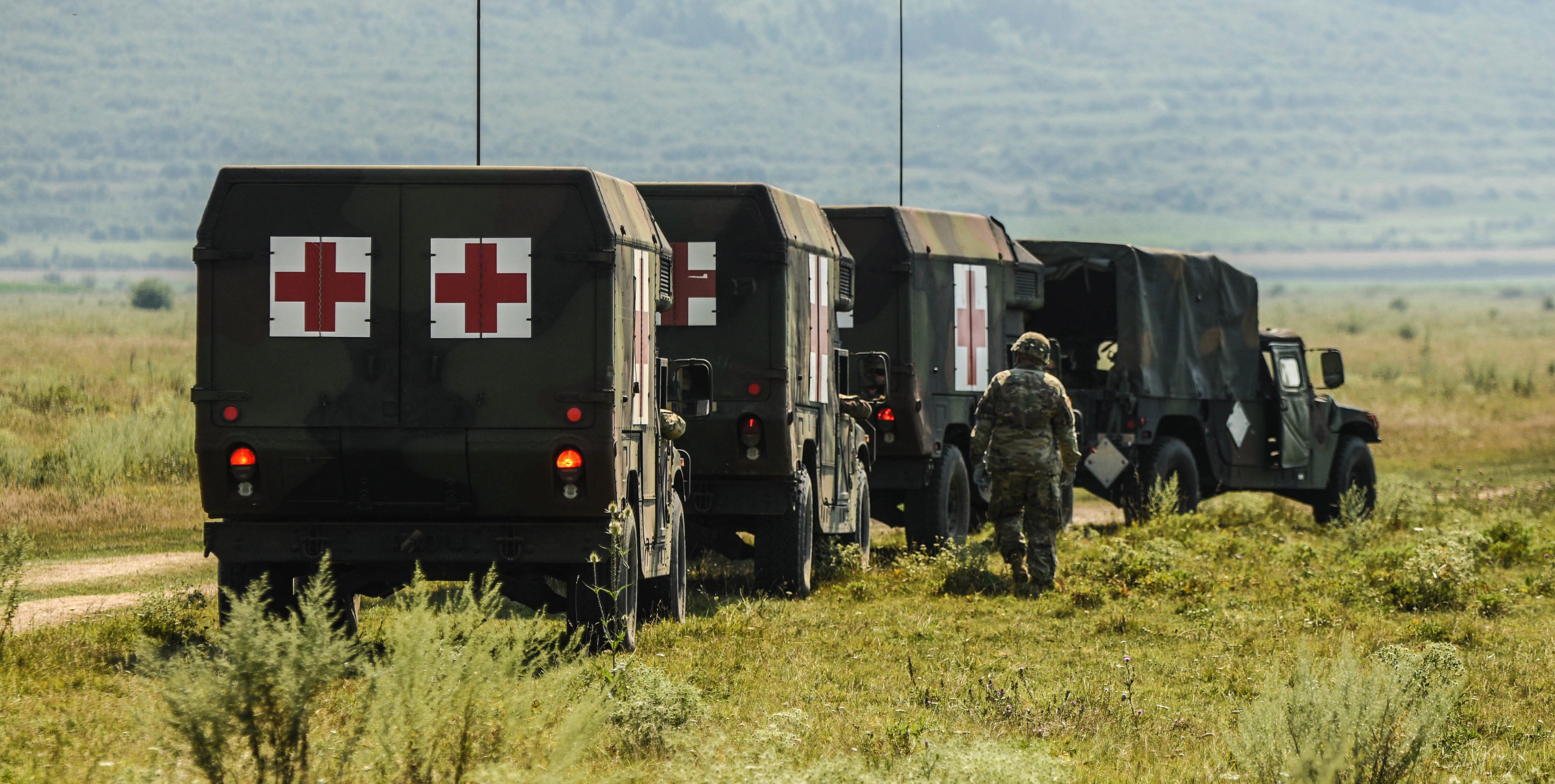 Army medicine faces new challenges in future warfare evacuating casualties in multidomain battles where movement of long-used helicopter and ground ambulances may be limited or impossible.

Robotics, unmanned ground and aerial systems, and intelligent equipment are potential solutions to working in future congested battlefields. Distances to move casualties will be greater, evacuation vehicles and aircraft are expected to be attacked and casualty rates, especially traumatic casualties, will be greater, said Col. Michael F. Breslin, the medical evacuation proponent at the U.S. Army Medical Department Center and School. The discussion was part of the two-day Army Medical Symposium and Exposition hosted in San Antonio by the Association of the U.S. Army’s Institute of Land Warfare.

The Army has made investments in improved air and ground ambulances, better qualified combat medics, and standardized medical procedures and equipment, he said. The Army is also looking to do more procedures while on the move, he said.

Future vertical lift could double the speed and range over current air ambulances, but that won’t be available until 2030. That means improving current systems, including a focus on evacuation in bad weather. “We are starting right now to get through things like the brownouts in Iraq,” Breslin said. Improved engines could extend performance and improve safety in Black Hawk helicopters, he said.

The Army is studying new organization and tactics.

“It is certainly a daunting challenge before us,” said Richard C. Stockhausen, deputy in the medical evacuation proponent division.  “Not evacuating is not an option.”

“It will be a dangerous battlefield,” he said. Medical vehicles and aircraft will need heavier protection and be prepared to have limited dwell time when picking up casualties, Stockhausen said. Improved communications and navigation will be needed as part of improved performance.

“You don’t always have to have a manned crew in there,” Stockhausen said, mentioning the possibility that future vertical lift aircraft that fly unmanned to casualties and semi-autonomous treatment would, at a minimum, give more time for evacuation.