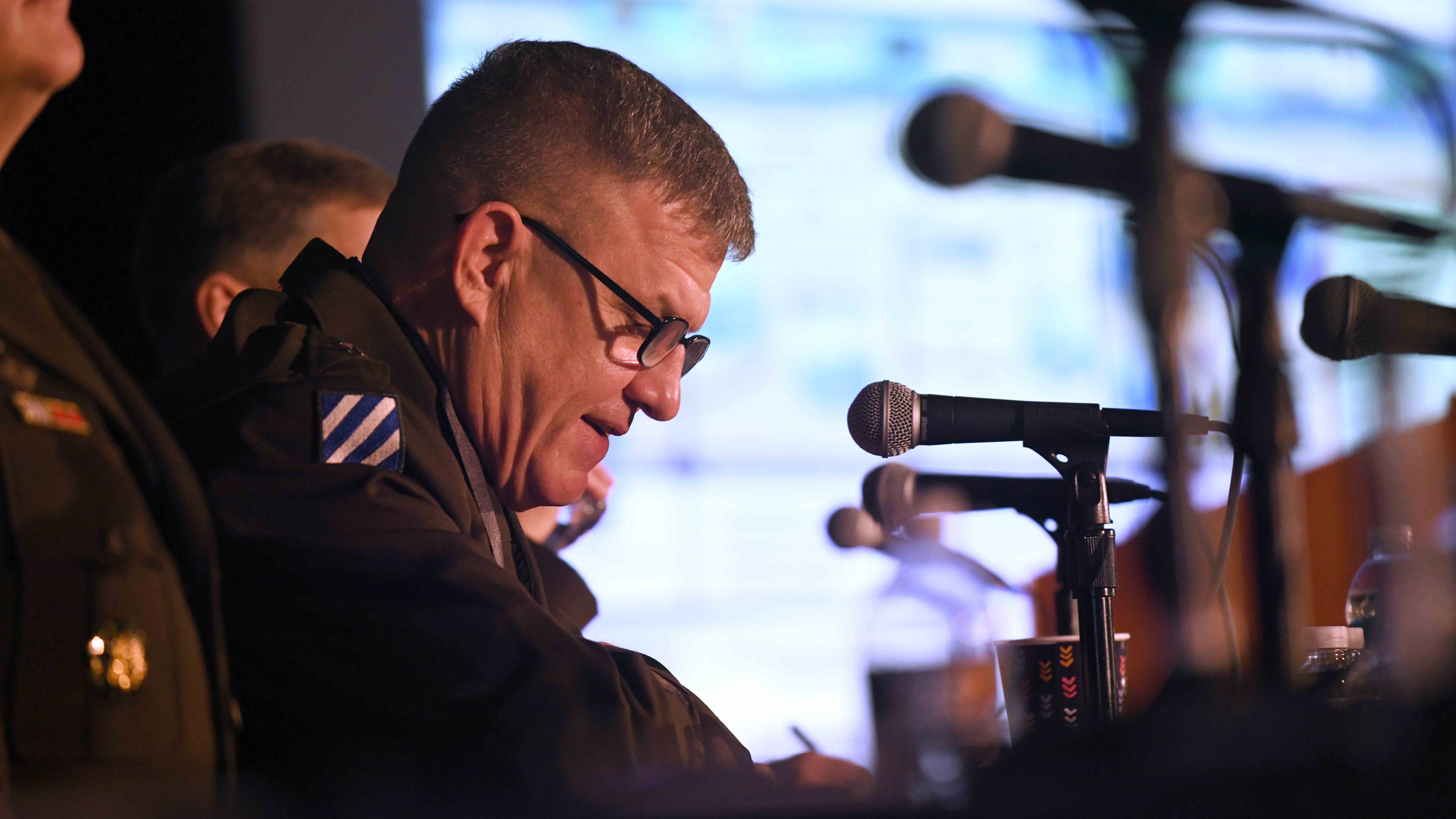 There will be no place to hide from the violence, speed and lethality of future warfare where the enemy will be able to “pretty much see the whole battlefield,” the Army’s top operations officer said.

During a forum Oct. 12 to discuss the transformation of the Army’s sustainment capabilities, Lt. Gen. James Rainey, deputy Army chief of staff for operations, said the “rear area” of the future fight “is going to be like the worst day we saw in [2005–2006] in downtown Baghdad.”

“It's going to be violent, it's going to be contested, and there's no sanctuary. There's no place where you can relax or rest or let your guard down,” Rainey said during the forum at the Association of the U.S. Army’s 2021 Annual Meeting and Exposition, held at the D.C. convention center.

“We’re going to fight an enemy that can pretty much see the whole battlefield and has … range and depth to hit anything he can see,” he said.

Complimenting the Army’s logisticians for having “spoiled your operational maneuver brothers and sisters over the past 20 years” by fulfilling all their needs easily, Rainey said that standard won’t work on the next battlefield where the same courses of action will be “unfeasible.”

Sustainers must have ground tactical plans that consider the limitations of maneuver units to sustain themselves, he said, and they must demand a “seat at the table” where war plans are being developed.

“You’ve got to earn a seat at the table, be around the war game, be around that board, and to do that, be as credible in intel, fire and maneuvers as you expect your maneuver brothers and sisters to be in the sustainment realm,” he said, adding that operational commanders must synchronize their warfighting functions with the sustainers as they build their plans.

Wrapping up his “clear-eyed assessment” of future war against a “good enemy,” Rainey also offered some optimism, putting forth that, along with its allies and partners, the U.S. military is the best in the world.

“We’ve got some tough challenges, we’ve got some good enemies, but the two asymmetric advantages we have are the United States joint force, … partners and allies by theater, … we have better people, volunteer forces fighting for democracies, especially leaders and commanders, and we have maneuver warfare,” Rainey said. “It’s a war we don’t want to have, but we need to be ready for it if we do.”