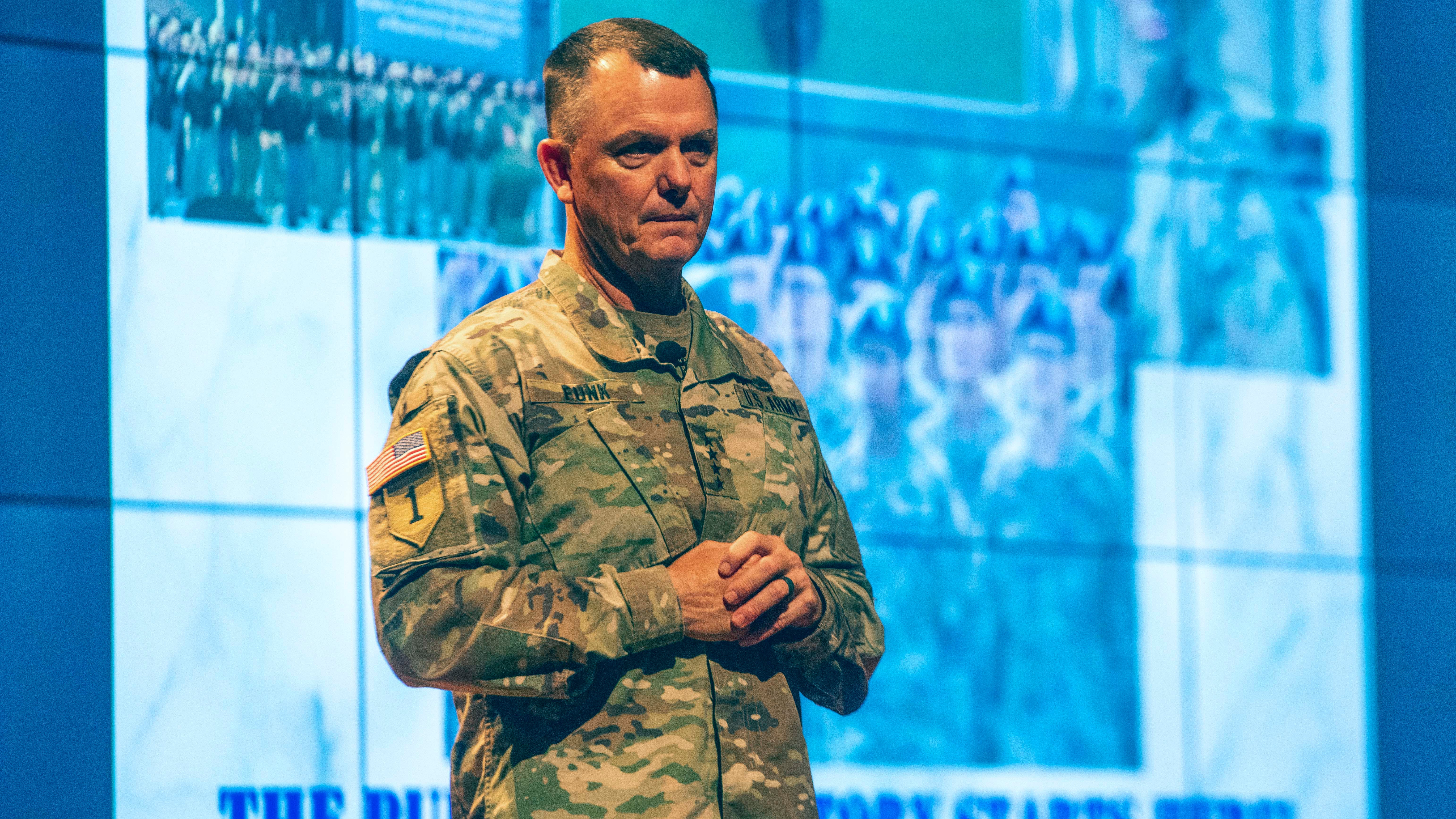 Photo by: U.S. Army/Patrick A. Albright and Markeith Horace

The Army continues to look for ways to put the right talent in the right places across the force, all while focusing on improving quality of life for soldiers and their families, a top general said.

“We are absolutely trying to put talent where it needs to be used and actually allow it to grow,” Gen. Paul Funk, commanding general of Army Training and Doctrine Command, said May 6 during a virtual discussion hosted by the Center for a New American Security.

This includes keeping soldiers at the same duty station for longer periods of time and reducing permanent change-of-station moves. One of the proposals under consideration would have soldiers stay in the same place for up to seven years, Funk said.

“Could be longer than that, could be a little shorter, but we understand the need for stability and to develop deep qualifications in some of these ... specialty skills,” he said.

The Army’s talent management processes, he said, are helping leaders “look at the depth and breadth of the talent in the total force.”

“That’s using talent ... at the point of need, and that’s what we want to be able to do,” Funk said.

The update comes as TRADOC is working on new doctrine focused on competing “in the information environment” and finding talent to compete in that environment, he said.

For example, the Army is developing its own data scientists and modeling experts through Army Futures Command’s new Software Factory in Austin—something Funk called a “tremendous asset” that’s been found in the force and will take time to continue building.

“Finding those key skills and keeping them in by letting them do the things that they’re really interested in [is] very important,” Funk said.