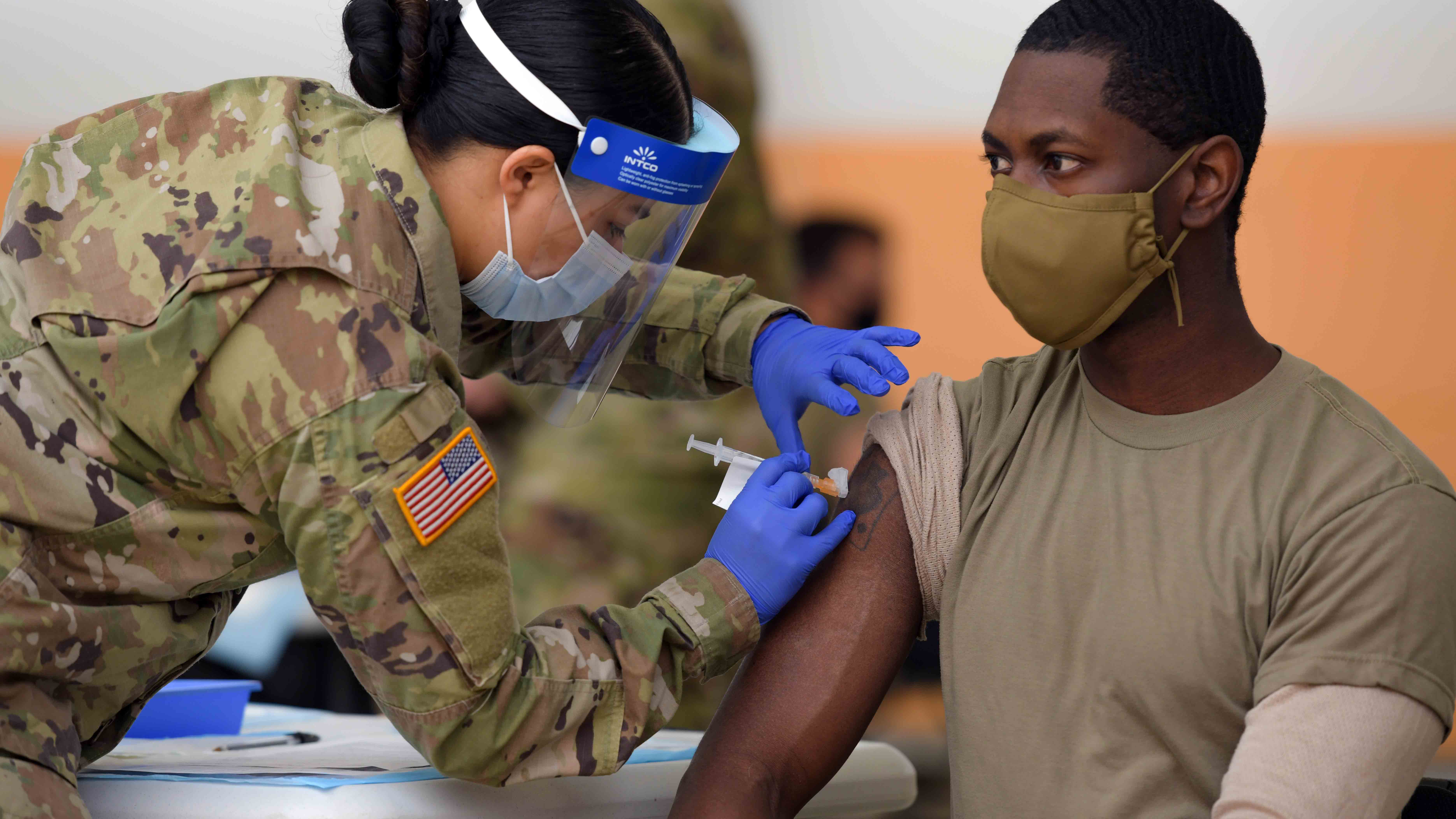 More than 2,900 soldiers have been reprimanded for refusing the COVID-19 vaccine, but none have been involuntarily separated solely for not getting the shot, the Army said Jan. 11.

Almost a month after the vaccination deadline for active-duty soldiers, the Army said 97% of the active-duty Army had received at least one dose of a vaccine, and 96% were fully vaccinated.

In addition to the 2,994 soldiers who have received general officer written reprimands for refusing the vaccination order, Army commanders have so far relieved six active-duty leaders, including two battalion commanders, the service said.

Officials added that the Army will issue further guidance soon for the mandatory initiation of separation for soldiers who refuse the vaccination order.

Senior Army leaders have repeatedly urged soldiers to get vaccinated. “Vaccinating our soldiers against COVID-19 is first and foremost about Army readiness,” Army Secretary Christine Wormuth said in December.

She also had a warning for those who have not been vaccinated. “To those who continue to refuse the vaccine and are not pending a final decision on a medical or administrative exemption, I strongly encourage you to get the vaccine. If not, we will begin involuntary separation proceedings.”

The Army has approved five medical exemptions but no requests for religious accommodations from the vaccine mandate, officials said. Some requests have been denied while others are still under review.

So far, 5,921 temporary exemptions have been issued, officials said Jan. 11.

The vaccination deadline for Army National Guard and Army Reserve soldiers is June 30.