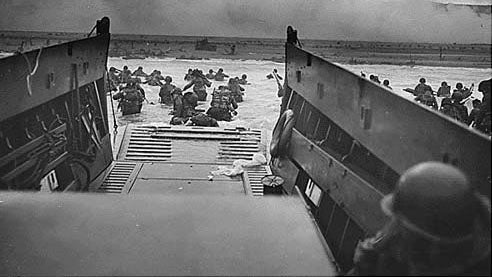 An ambitious D-Day project has been announced in France to create what is being called a “living tableaux” to retell the history of the Allied landings of World War II and the Battle of Normandy.

Called Tribute to the Heroes, the plan is to create a 1,000-seat moving theater in the French town of Carentan-les-Marais in Normandy that would be a stage for a historically accurate retelling of the battle featuring video screens, immersive sound and live performers. The intention is to have a program that is “more real than life,” presenting scenes of American soldiers embarking, training in England and the ultimate landing on the beaches of Normandy.

It will be designed to tell the D-Day story with “sincerity and respect for the heroism of men and women who organized themselves, resisted, committed themselves and sacrificed themselves for the ultimate battle,” organizers said. It speaks to American, British and French audiences with about 30 presentations as the theater moves up and down a track. The program is expected to be about one hour.

The project is being done by Normandy Memory, a private company that will lease land from the local government.

Announced in France on June 30, Tribute to the Heroes is planned to open to the public in about two years, marking the 80th anniversary of Allied forces storming Normandy’s beaches into Nazi-occupied France. The unique exhibition is being designed to accommodate up to 600,000 visitors a year, at a cost of about $32 each at current exchange rates.

More than 160,000 Allied troops landed on a 50-mile stretch of the Normandy coast on June 6, 1944. The U.S., British and Canadian forces gained a foothold in France, surprising Nazi forces in a turning point in the war.

Carentan-les-Marais already has many D-Day oriented museums and tours. Market surveys show high interest in the U.S. and Europe among all ages and income categories regarding D-Day, according to the officials behind the creation of the new moving exhibition.

For more information and a first look at the project, click here.