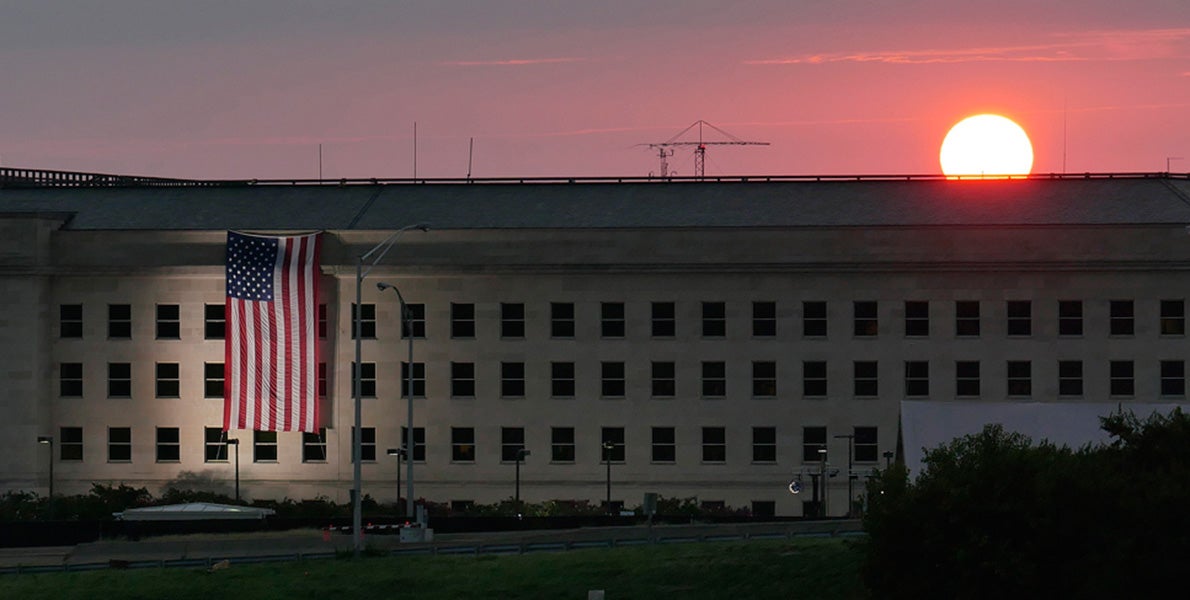 As the nation marks the 16th anniversary of the 9/11 attacks on the Pentagon and World Trade Center, four former secretaries of defense have enlisted in an effort to build a Pentagon visitors’ center dedicated to remembering the death and destruction caused when a hijacked airliner crashed into the Army wing of the building.

The attack killed 125 people in the Pentagon and 59 people aboard American Airlines Flight 77, the aircraft that struck the building. The dead included 47 Army civilian employees and 22 soldiers, including Lt. Gen. Timothy Maude, the highest-ranking military official killed in the terrorist attack.

An outdoor memorial was dedicated at the southwest side of the Pentagon in 2008.

Former Defense Secretaries Robert Gates, Chuck Hagel, Leon Panetta and Donald Rumsfeld have joined efforts to build a visitors’ center and museum, projected to be a 130,000-square-foot Pentagon-shaped building that would include exhibits and a conference center. It would be located within walking distance of the Pentagon.

In an announcement of the formation of the Secretaries of Defense Council, the president of the Pentagon Memorial Fund said bipartisan support from the four secretaries is a boost in fundraising efforts.

“The Pentagon is the only 9/11 attack site without a visitor center or museum to explain the historic significance of what happened on that day. Among the million-plus visitors to the Pentagon Memorial each year, few know how different this memorial is from all others in Washington, D.C. This is the actual site where the event took place,” said James J. Laychak, who heads the nonprofit fund.

“We are actively fundraising for this important initiative,” he said. The goal is to raise $50 million.

For more information about the Pentagon Memorial, visit www.pentagonmemorial.org.