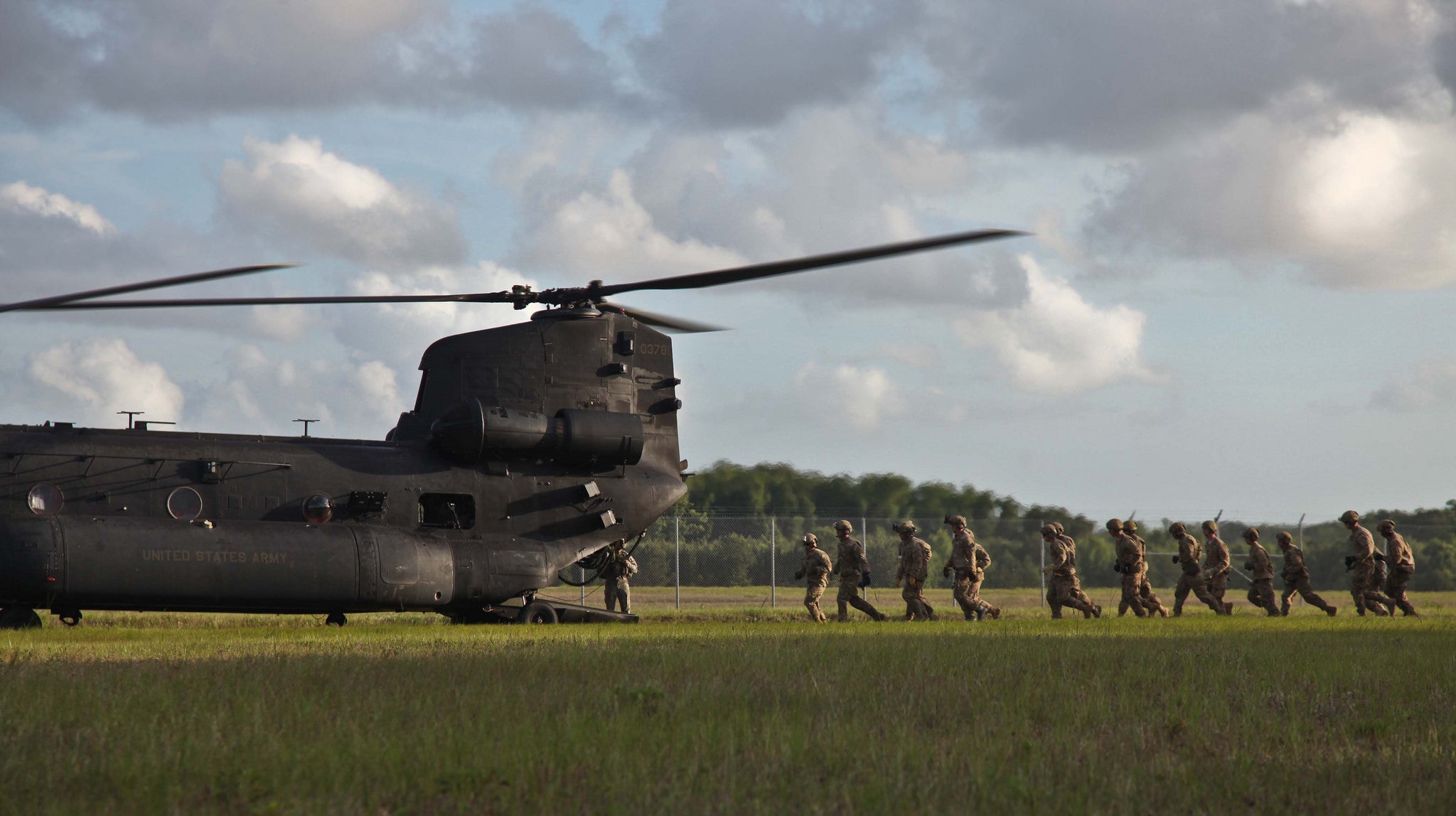 The garrison for Fort Stewart and Hunter Army Airfield in Georgia has received the Commander in Chief’s Award for Installation Excellence, the Defense Department announced July 6. The annual honor is given to installations that found imaginative solutions to complex problems. The award announcement credits the garrison with several important projects, such as leading the Army in quality of life programs in fiscal year 2014 by doing things like providing free child care for the children of deployed soldiers and providing stress relief to 6,000 soldiers through the Warrior Adventure Quest program, which involves high-adventure recreation activities. The announcement also cites a tax center than helped soldiers, retirees and their families save $710,000 in tax preparation fees, and promotions to improve physical and psychological well-being. The garrison worked with Georgia Power to install a solar panel park, worked with the Georgia Land Trust to protect 40,000 acres of training land and took part in regional planning so local development did not restrict training areas. The installation excellence award is not the only honor received by the garrison. It was “an unprecedented recipient of five Army Community of Excellence 1st Place and Gold Winner awards [and] five Army Superior Unit Awards,” according to the Defense Department. It also received the Presidential Green Government Award; Secretary of the Army Environmental Restoration Installation Award; the Army Chief of Staff Award for Excellence in Legal Assistance; a Certificate of Appreciation from the governor of Georgia for being a “valued” partner of the Georgia Clean Air Campaign; and was recognized by the Arbor Day Foundation as one of its Tree City USA communities. The installation excellence awards were established in 1985 by President Ronald Reagan. Also honored this year are: Marine Corps Base Camp Lejeune, N.C.; Naval Air Station Pensacola, Fla.; Joint Base Andrews, Md.; and the Defense Logistics Agency’s distribution center in Susquehanna, Pa.