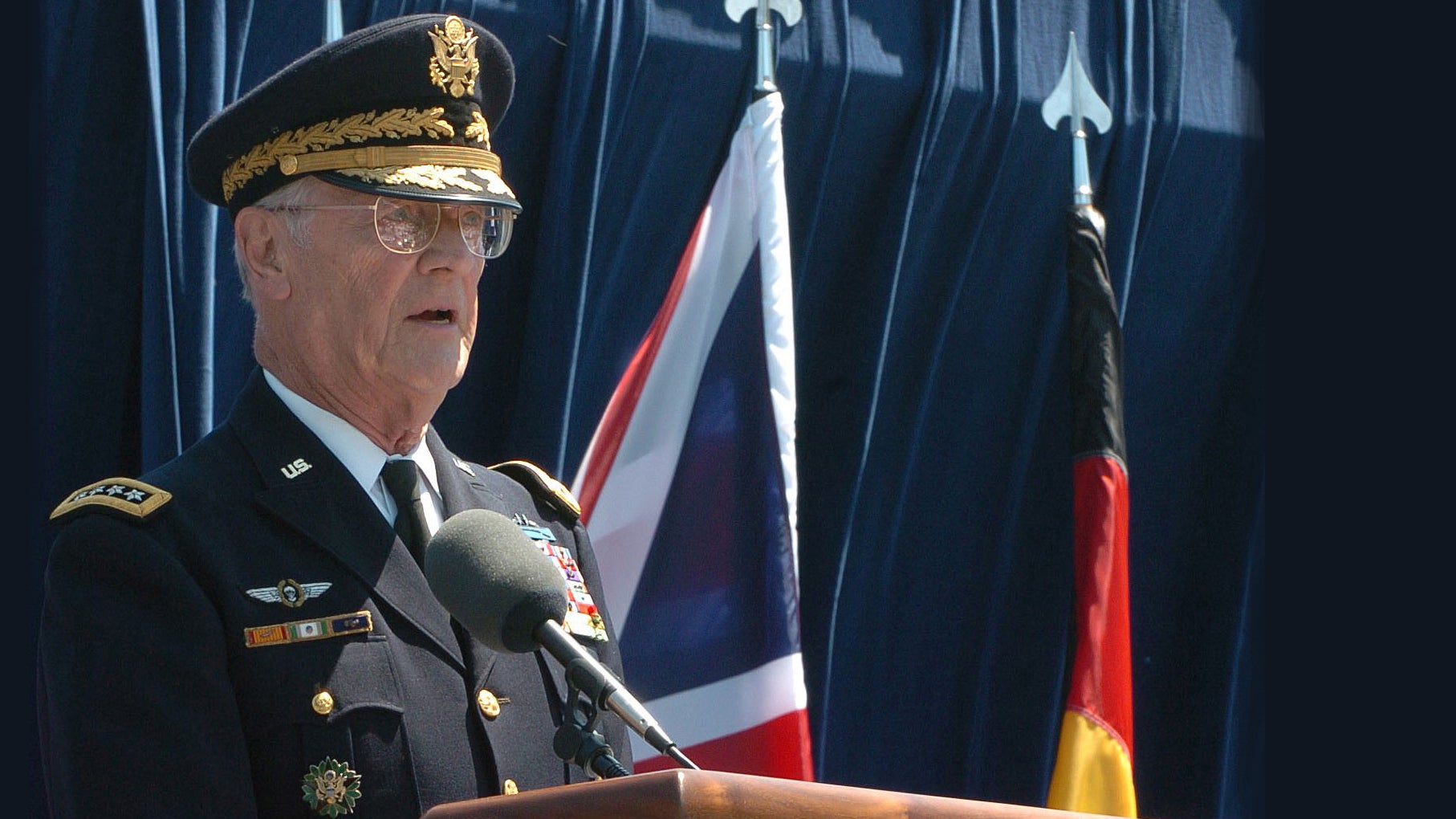 Retired Gen. Frederick Kroesen, a legendary soldier and former Army vice chief of staff, died April 30 at the age of 97 after a long illness.

A longtime senior fellow with the Association of the U.S. Army and a columnist since 1990 in ARMY magazine, the association’s flagship publication, Kroesen saw combat in World War II, the Korean War and Vietnam in a career that spanned from 1944 until his retirement in 1983. Among his many accomplishments, he was the first graduate of Officer Candidate School to reach the rank of four-star general.

Retired Gen. Carter Ham, AUSA president and CEO, called Kroesen “the conscience of our Army, writing insightful commentaries for AUSA which have shaped generations of Army leaders. He was wise, caring, unselfish. One of the Army’s great leaders. I will miss him. We will all miss him.”

“I first met Gen. Kroesen when he commanded the 82nd Airborne Division at Fort Bragg. I was a specialist four, one of thousands in his division. Yet I recall with great clarity the occasions I met him. He had that effect on people,” Ham said. 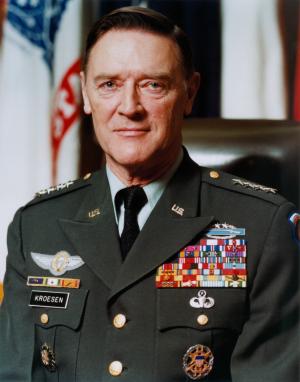 Kroesen was highly decorated as a soldier and was most proud of wearing a Combat Infantryman Badge with two stars, a sign of active combat service in three wars.

In his post-service life, Kroesen received AUSA’s Abrams Award in 2005, the Thayer Award from the West Point Association of Graduates in 2007, the Audie Murphy Award from the American Veterans Center in 2013, the Gold Good Citizenship Medal from the National Society of the Sons of the American Revolution in 2013, and was named an Honorary Sergeant Major of the Army in 2017.

Born in Phillipsburg, New Jersey, in 1923, Kroesen graduated from Rutgers University in 1944 with an agriculture degree and was commissioned as an infantry officer, joining the fight in Europe with the 254th Infantry Regiment of the 63rd Infantry Division. In the Korean War, he was part of the 187th Regimental Combat Team. In Vietnam, he commanded the 196th Light Infantry Brigade, 23rd Infantry Division, and rose after a number of assignments to be the First Regional Assistance Command commanding general.

In his final active-duty assignment, he became the Seventh Army and U.S. Army Europe commanding general in 1979. In 1981, Kroesen and his wife suffered minor injuries during an attempted assassination in Heidelberg, Germany, when terrorists fired guns and an anti-tank grenade at his armor-plated vehicle. At a news conference four hours after the attack, Kroesen said, “I don't know who is responsible, but I know there's a group that declared war on us and now I'm beginning to believe it.”

Kroesen retired from the Army in 1983. His book, General Thoughts: 70 Years with the Army, was published in 2003 by AUSA.