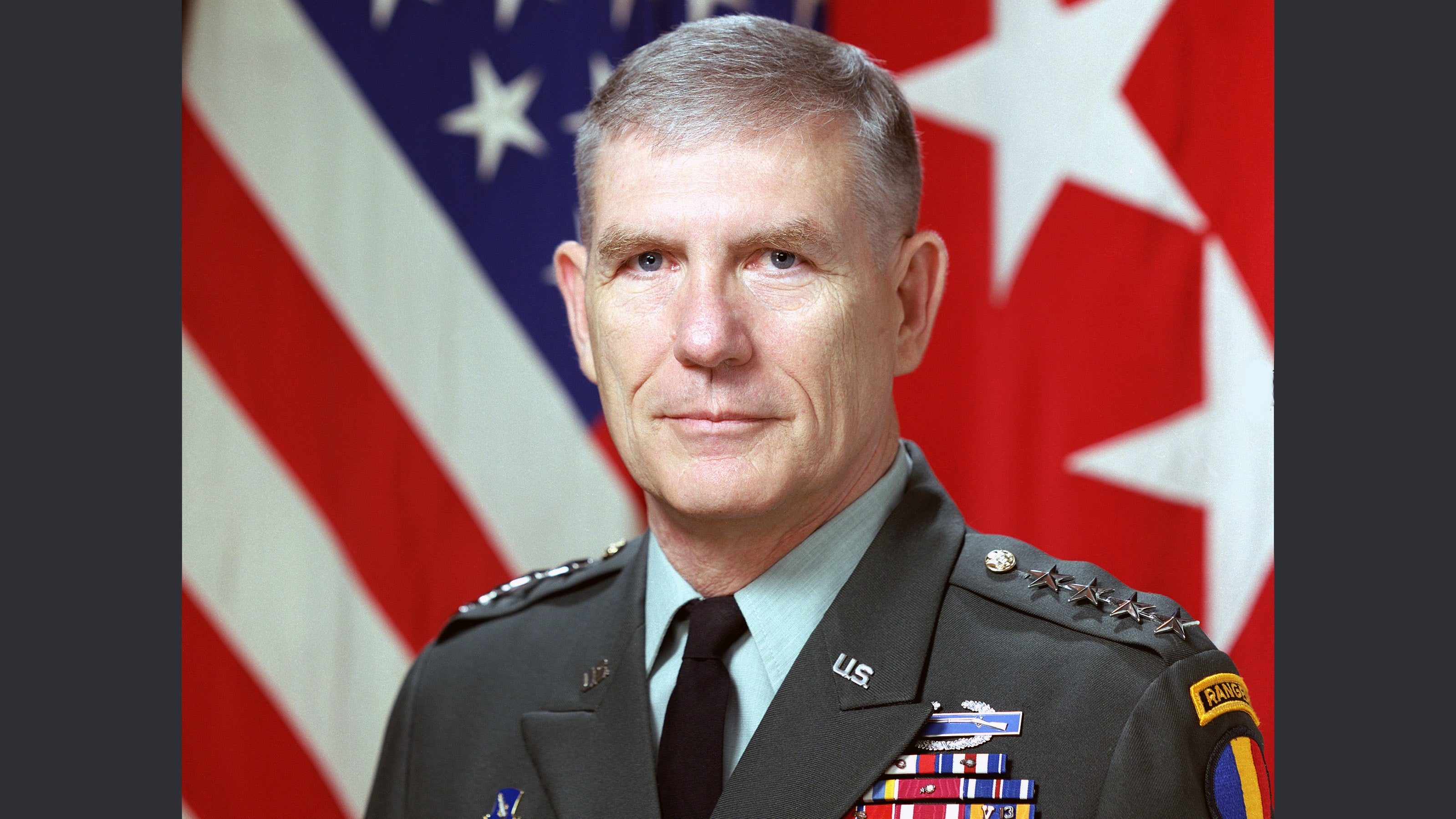 Retired Gen. John Foss, a member of the Ranger Hall of Fame and a senior fellow with the Association of the U.S. Army, died April 25 at the age of 87.

Born in 1933 in Hutchinson, Minnesota, Foss’ military career began in 1950 when he enlisted in the Minnesota National Guard. Appointed to the U.S. Military Academy at West Point, New York, he graduated in 1956, commissioning as an infantry officer.

Foss went on to serve multiple tours in Europe and Asia, including two combat tours in Vietnam. His commands included the Army Infantry School at Fort Benning, Georgia, and the 82nd Airborne Division and the XVIII Airborne Corps at Fort Bragg, North Carolina. He served as the Army deputy chief of staff for operations and training. His final assignment was as commanding general of Army Training and Doctrine Command at Fort Monroe, Virginia. He retired in 1991.

Foss was inducted into the Ranger Hall of Fame in 1995. He received the National Infantry Association’s Doughboy Award in 2009 and was selected in 2013 as a distinguished graduate of the U.S. Military Academy.

“I first met him when I was a major working on infantry doctrine, and General Foss was at TRADOC where he stayed personally engaged in ensuring the tactical direction provided to small unit leaders made sense,” Ham said. “He never lost touch with the soldiers who had the hard jobs. A great soldier himself, our Army will miss General Foss.”

In a 1984 AUSA Landpower Essay on building crisis response forces, Foss wrote, “There are few simple problems and there are even fewer simple solutions.” His paper was written at a time when there were discussions about assigning the role of crisis response to the Marine Corps, something he saw as a mistake. “Any serious study and analysis of U.S. military deployments and commitments since the fall of the Berlin Wall would deduce that the entire range of our nation's conventional forces has been necessary and useful in meeting these diverse situations and circumstances,” he wrote.

In a 1983 paper on the same topic, Foss said, “Preselecting the right military capabilities would be simple if the nature of future crises was more predictable. However, the only safe prediction is that each crisis scenario will be different and will entail one or more of a full spectrum of required responses,” a comment that can now be seen as predicting the Army’s evolving Multi-Domain Operations concept.

In 2013, the West Point Association of Graduates credited Foss with being a lifetime example of teacher-mentor, saying he “demonstrated combat arms leadership practices by example and is credited with influencing the broader values that helped the Army win in both Operations Just Cause and Desert Storm.”