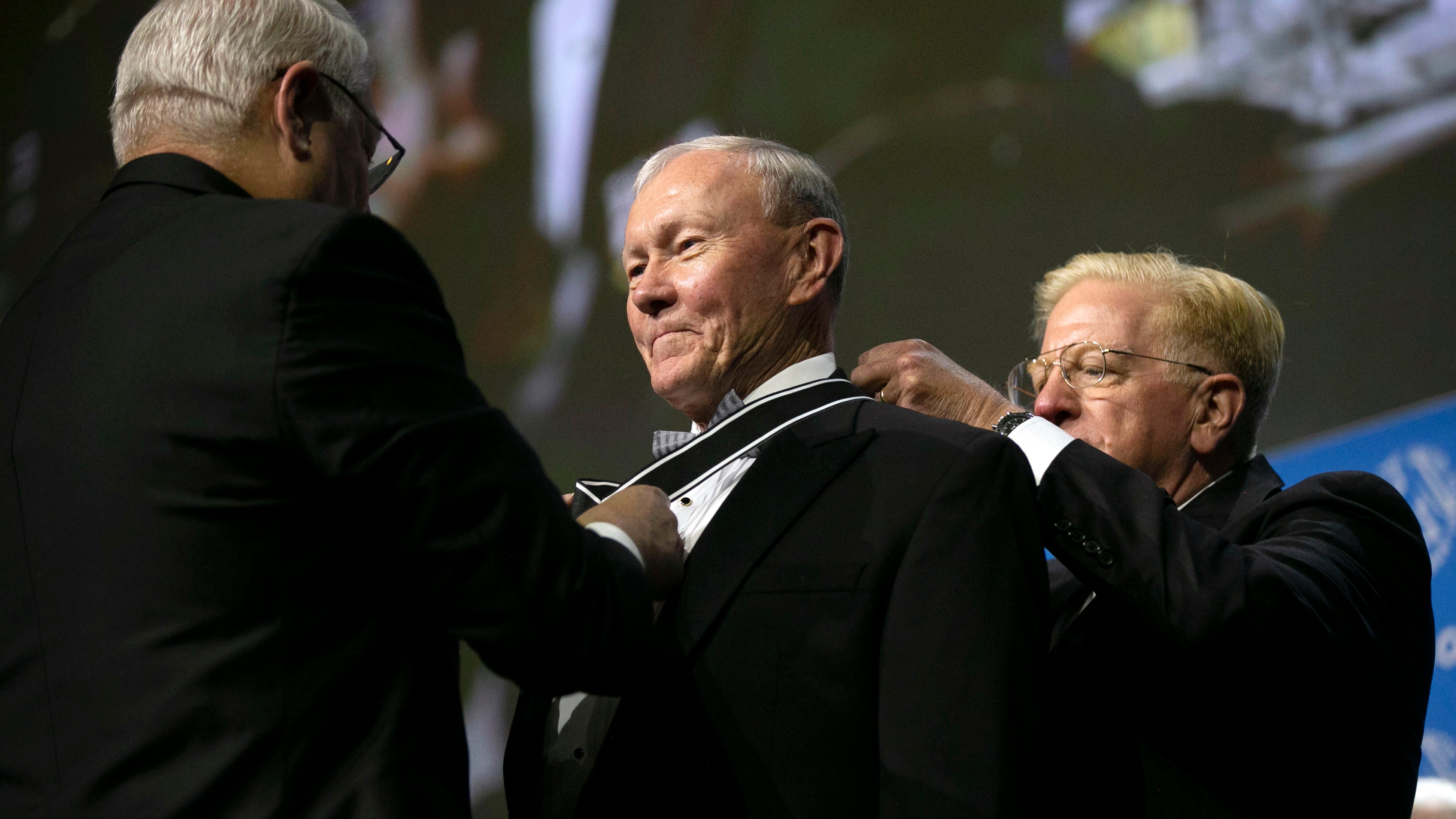 Former chairman of the Joint Chiefs and former Army chief of staff retired Gen. Martin Dempsey accepted the Association of the U.S. Army’s highest award for service to the nation Oct. 16 with a call to the Army and defense industry to be less like colleagues and business partners “and act more like family.”

“We need to build broad and deep public-private partnerships so that we can see, understand, collaborate and execute better and faster than our potential adversaries,” he said.

Because of new and emerging technologies, Dempsey said he’s worried about keeping major industrial companies focused on defense-related work. “If we are going to be ready for 2034, we have no choice but to work together. We are going to need an unshakable coalition with our allies, our sister services, academia, veteran support associations and nonprofits,” in addition to close ties between the military and industry, he said.

The 67-year-old Dempsey, who served as the 37th Army chief of staff and 18th Joint Chiefs chairman before retiring from military service in 2015, received the George Catlett Marshall Medal for distinguished public service during a banquet at the conclusion of the 2019 AUSA Annual Meeting and Exposition in Washington, D.C.

Dempsey said that Marshall, a soldier-statesman who served as Army chief of staff, chairman of the Joint Chiefs, secretary of state and secretary of defense, was one of his role models. “Perhaps only George Washington helped us understand and contributed more to our understanding of what it means to serve than he did,” Dempsey said.

“One of the things that makes me so proud about our Army is that in our Army, no one is irrelevant,” Dempsey said. Soldiers are made to feel “part of something important” from the day they put on a uniform. “We make sure they know we value their contributions. We give them something in which to believe in a world in which it can sometimes be hard to believe in anything. That very well may be our most important contribution to the nation.”

Now a Duke University professor, USA Basketball chairman and National Basketball Association representative, Dempsey had praise for AUSA, which he said has been “a combat multiplier for our Army through the years.”

“I’ll be honest with you. I think in the future the Army is going to have some heavy lifting to do. This relationship between AUSA and the Army is something that’s going to be even more important than it may have been in the past,” Dempsey said.

Retired Gen. Carter Ham, AUSA president and CEO, called Dempsey “an inspirational leader who leads by example. He doesn’t have to tell us what’s right, he’s shows us what’s right, as he has for generations. He is an unselfish, compassionate yet tough leader and commander.”