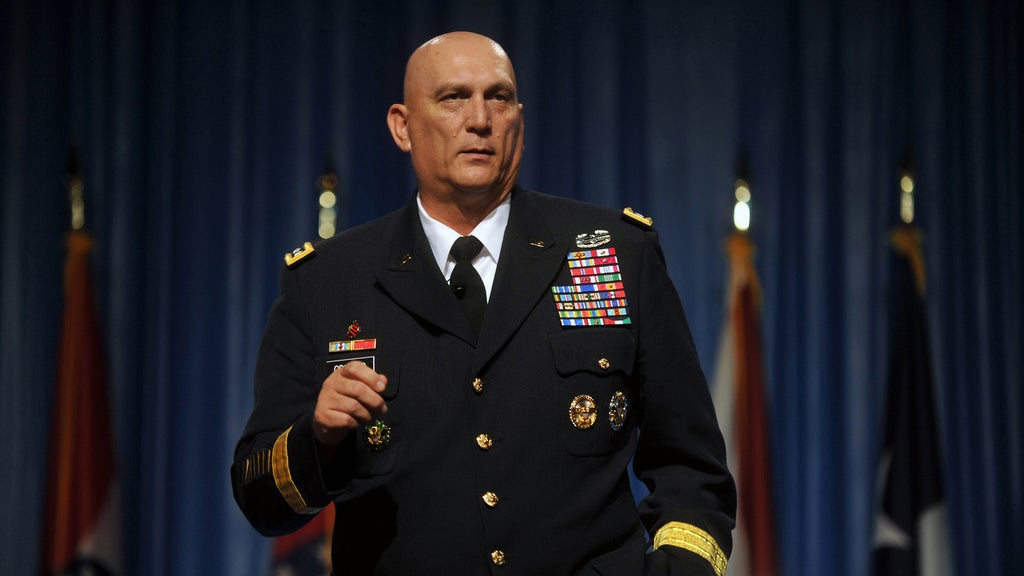 Retired Gen. Raymond Odierno, the former Army chief of staff who commanded U.S. forces in Iraq, died Oct. 8. He was 67.

A native of Rockaway, New Jersey, Odierno, known for his tall, imposing frame, was a 1976 West Point graduate who commissioned as a field artillery officer. During more than 37 years of Army service, he commanded units at every echelon, from platoon to theater, and served in Germany, Albania, Kuwait, Iraq and across the U.S.

He also led the Army as it faced steep budget cuts and struggled to maintain its end strength and readiness under the threat of sequestration. “I began my career in a hollow Army. I am determined not to end my career in a hollow Army,” the general testified before the Senate Armed Services Committee in February 2013. “We owe that to the young men and women who are willing to raise their right hand and defend this country.”

After a first assignment with U.S. Army Europe, Odierno served with the XVIII Airborne Corps at Fort Bragg, North Carolina, where he commanded two batteries and served as a battalion operations officer, according to his Army biography.

Odierno then returned to Europe and deployed from there for Operations Desert Shield and Desert Storm. He later commanded the 2nd Battalion, 8th Field Artillery Regiment, 7th Infantry Division, and division artillery for the 1st Cavalry Division.

As commander of the 4th Infantry Division, Odierno led the division to Iraq in support of Operation Iraqi Freedom for a yearlong deployment from April 2003 to March 2004. During his tenure as III Corps commander, Odierno led Multi-National Corps-Iraq from December 2006 to February 2008, serving as the operational commander of the surge of forces into the country.

He would later serve as commanding general of Multi-National Force-Iraq and U.S. Forces-Iraq from September 2008 to September 2010, according to his bio. He would serve more than 50 months in Iraq.

After returning from Iraq, Odierno commanded Joint Forces Command from October 2010 to August 2011 and became the 38th Army chief of staff in September 2011. He retired from the Army in August 2015.

“Ray firmly believes soldiers aren't in the Army, they are the Army,” McHugh said. “It’s always been his No. 1 job to serve them well and serve them honorably. Whether it’s fighting in Tikrit or visiting a hospital bed at Walter Reed, he's led with a quick mind, calloused hands and a servant’s spirit.”

Before retiring, Odierno stressed the importance of honoring the fallen, staying connected to Gold Star families and taking care of soldiers.

“We all understand why we do this, and the risks associated,” he said in a briefing with reporters. “But I had the opportunity firsthand to stand side by side by these young men and women who … really cared about what they were doing. They showed incredible selflessness and courage in what they did, and for me, we should be so proud of them and their sacrifice, and it's important that we remember that, and we do that by taking care of their families, their children as we go forward.”

Odierno is survived by his wife and high school sweetheart, Linda, as well as their three children, including retired Capt. Tony Odierno, a combat veteran, and their families.