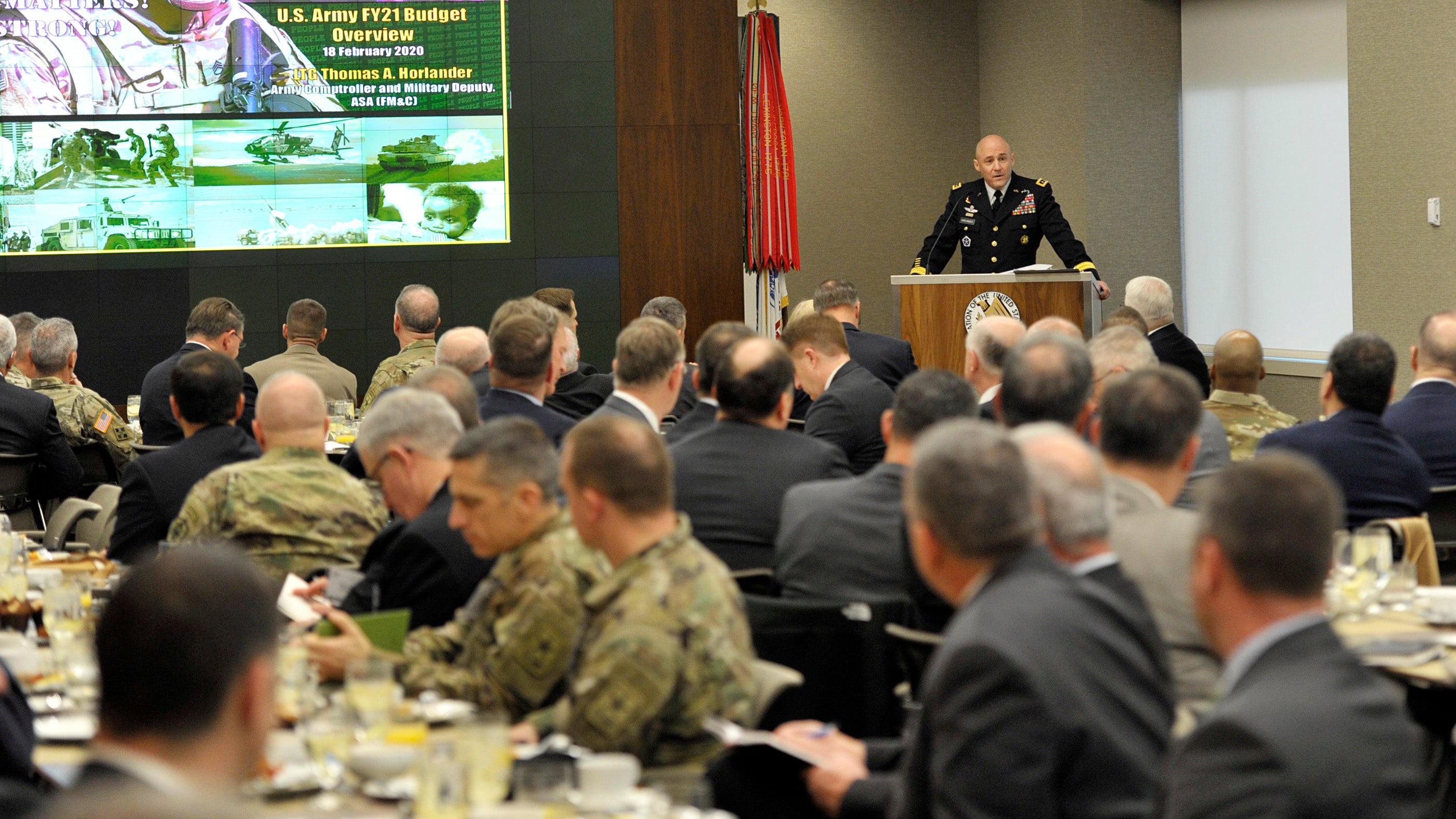 A top Army official warned Feb. 18 that flat budgets pose a serious risk to the service’s modernization programs and to fulfilling the national defense strategy.

“Really difficult decisions are on the horizon,” said Lt. Gen. Thomas Horlander, military deputy to the assistant secretary of the Army for financial management and comptroller, speaking at a breakfast hosted by the Association of the U.S. Army.

For two consecutive years, Army leaders have launched deep-dive program reviews looking for places to save money. As part of the 2021 budget process, 41 programs were identified for elimination and 39 for reduction, he said. Additionally, there are efficiency reforms underway to also find savings, but these efforts are not going to be enough to cover procurement, research, development and testing costs as modernization programs mature, he said.

Efficiencies and reductions in lower-priority programs won’t yield enough savings to cover costs when prototypes begin production, he said. “We are showing progress in all of these modernization efforts,” he said, referring to the 31 different programs that are part of the Army’s effort to update and expand capabilities. “We cannot have just some of them. They are all integrated, and they are all necessary to conduct multidomain operations and large-scale combat operations,” he said.

“I would tell you that I think the freedom of this country depends on it,” he said of the Army’s modernization effort.