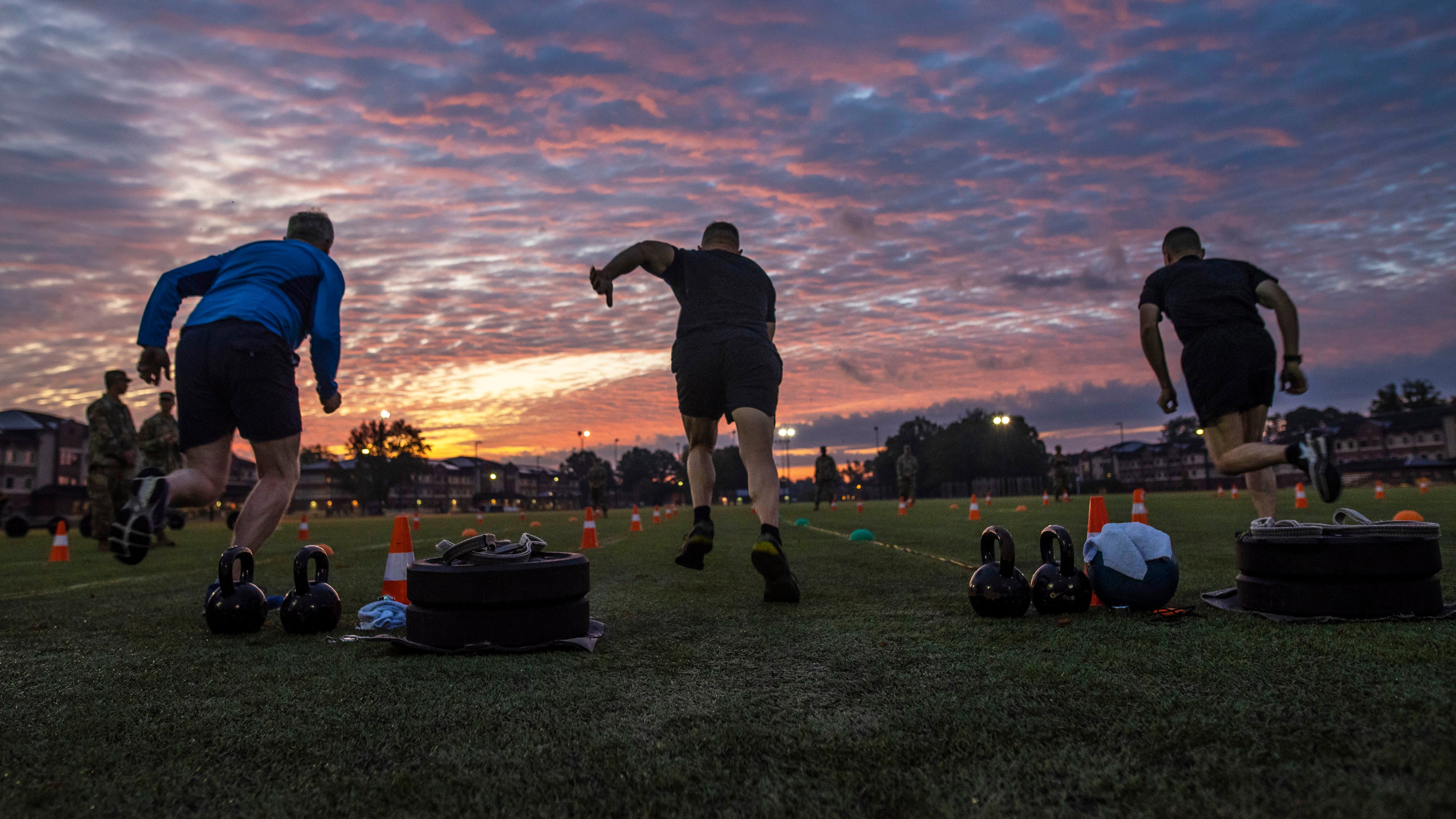 A revised Army Combat Fitness Test, with new scoring scales and without the leg tuck event, will become the service’s official test of record beginning Oct. 1.

The March 23 announcement by the Army follows an independent review of the test by Rand Corp. and a three-year evaluation period with soldier feedback. Soldiers will start taking diagnostic tests of the revised ACFT beginning April 1, and Regular Army and Active Guard Reserve soldiers will be required to take a record ACFT beginning Oct. 1, the Army said.

Regular Army and AGR soldiers must take their first record test by April 1, 2023, while Army Reserve and Army National Guard soldiers will take theirs before April 1, 2024.

The six-month timeline between diagnostic tests and record tests ensures “fairness in the Army’s transition to a new test of record and maintains the Army’s strong commitment to a culture of physical fitness,” the Army said in its announcement.

The revised ACFT now features performance-normed scoring standards that are scaled to age and gender, the Army said. Officials had initially planned on a gender- and age-neutral scoring system.

It will still feature six events, but the leg tuck has been replaced with the plank, and a 2.5-mile walk is allowed as an alternate aerobic event.

Soldiers with a permanent profile that prohibits the 2-mile run are authorized to perform alternate aerobic events, including the 5,000-meter row, 12,000-meter stationary bike, 1,000-meter swim or the 2.5-mile walk.

Soldiers will still need to score at least 60 points in each event to earn a passing score. The updated scoring chart and more information on the revised test is available here.

“This test is an essential part of maintaining the readiness of the Army as we transform into the Army of 2030,” Army Secretary Christine Wormuth said in a statement. “The revisions to the ACFT are based on data and analysis, including an independent assessment required by Congress. We will continue to assess our implementation of the test to ensure it is fair and achieves our goal of strengthening the Army’s fitness culture.”

The new scoring standards for the test were developed using data from nearly 630,000 ACFT scores, historic performance rates from the Army Physical Fitness Test, and scoring scales from other services for the plank event.

The Army decided to remove the leg tuck event after the Rand study found that the exercise did not correctly measure core strength in all soldiers, as it relied on upper body strength as well. Instead, the plank exercise provides all soldiers a similar testing experience and allows the Army to accurately assess all soldiers’ core strength, the service said.

Moving forward, the Army has established an ACFT governance body to continue analysis of test data, closely monitor implementation and recommend future modifications as needed. An initial report will be provided to the Army secretary in April 2023.