Finding the Power to Lighten a Soldier’s Load

Finding the Power to Lighten a Soldier’s Load 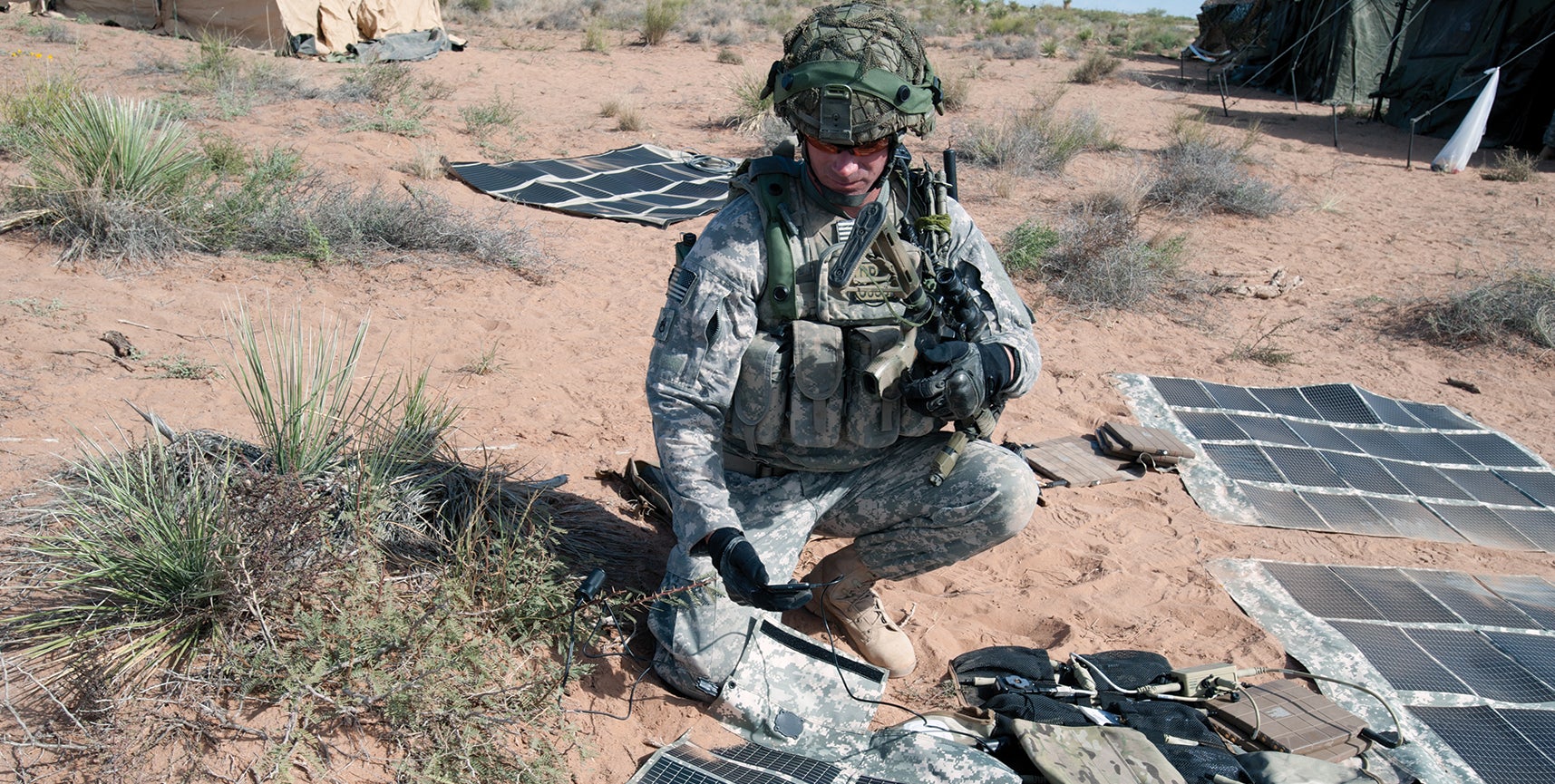 In an effort to supply the juice needed to power the expanding array of electronic devices while also reducing the weight of equipment, especially batteries, carried into combat, the U.S. Army is exploring a wide range of ideas including an exoskeleton that harvests the kinetic energy produced simply by walking.

Kinetic energy as a way of generating power joins solar and wind generation and advances in lighter, better batteries as technological advances that can feed increasing electrical needs without overburdening or overcomplicating lives of combat troops.

Mobile power initiatives were the focus of a June 22 panel discussion sponsored by Tandem National Security Innovations, an Arlington, Va.-based public-private partnership that seeks to connect technology entrepreneurs with national security opportunities. The event was held in the Association of the U.S. Army’s Conference and Event Center in Arlington.

Exoskeletons designed as knee braces are seen as one promising way to reduce the roughly 17 pounds of batteries that troops now must haul to power all their devices on typical 72-hour combat missions. It’s about “capturing and storing the energy produced by motion, instead of letting it go to waste,” said Jose Collazo of the Army’s Communications-Electronics Research, Development and Engineering Center.

Initial designs were fairly bulky and tight on the thighs, but the technology has become “much lighter, sleeker and slimmer,” Acharya said, adding that he expects the technology will start being tested in operational environments within a year or so.

Kinetic-motion exoskeletons are hardly the only new mobile power technology being explored, the panelists said. Others include flexible, lightweight solar panels, next-generation fuel cells, and new forms of hybrid batteries that are much smaller and lighter than what troops now carry in the field.