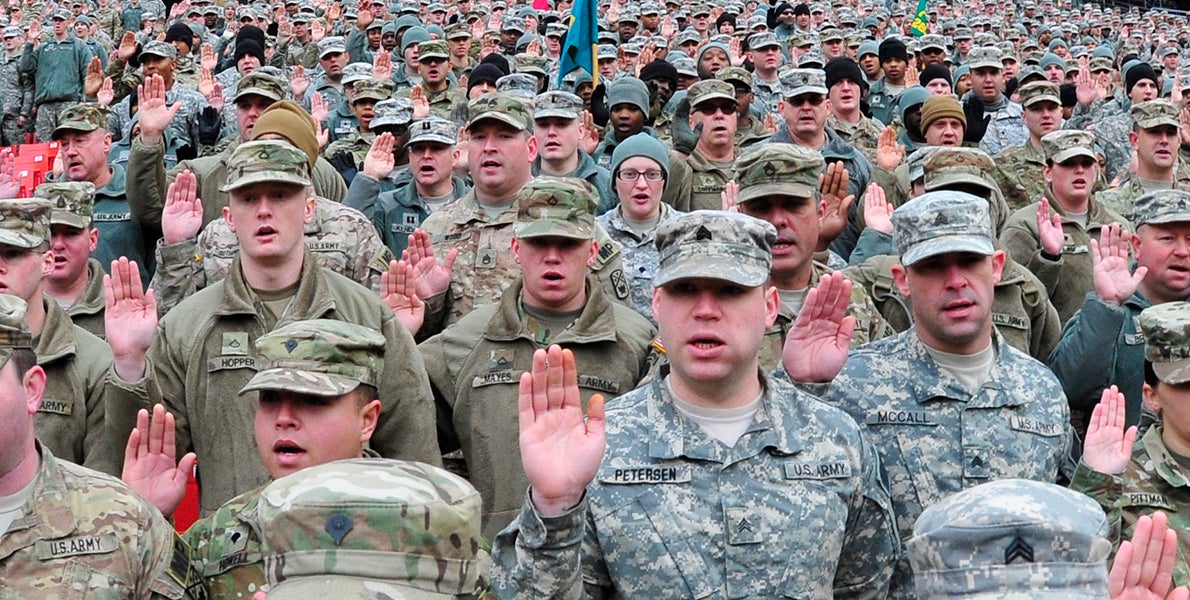 As the Army prepares to grow, the first place it will place additional soldiers is undermanned units, a move aimed at immediately increasing combat readiness.

Army officials have been warning that unfilled positions in key units are interfering with having fully trained and ready forces. “Commanders today in many cases struggle to meet readiness objectives because they do not have enough soldiers present for duty. We will fill these gaps to prevent the development of a hollow force,” Army officials said in a statement to the House Armed Services Committee’s subcommittee on readiness.

The Regular Army is set to increase by 16,000 soldiers by Oct. 1, with the Army National Guard slated for an increase of 8,000 troops and the Army Reserve growing by 4,000. The three components would have a total end strength of more than 1 million.

“We ask that these vital manpower increases be coupled with commensurate funding to ensure the long-term strength of the force,” officials said in their statement.

After unmanned positions are filled, the second priority for additional soldiers would involve improving or developing critical capabilities, officials said. For example, the Army would like to add a 16th armored brigade combat team if it had enough resources. There are 14 today, with a 15th being created by the conversion of an infantry BCT into an armored BCT.