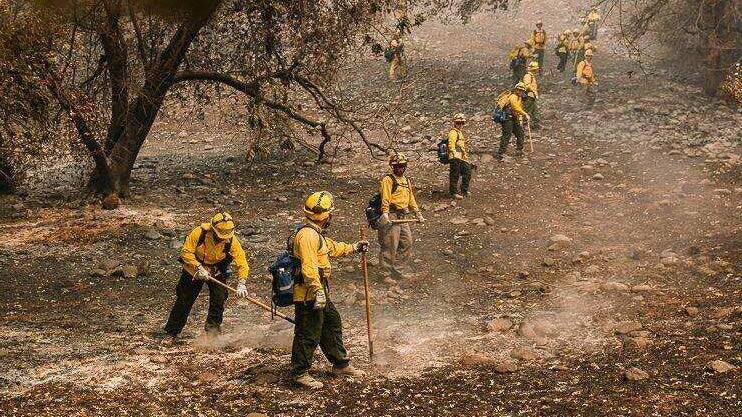 Nearly 1,000 National Guard and active-duty troops are helping battle wildfires across California that are burning over more than 760,000 acres, an area about the size of the state of Rhode Island, Maj. Gen. Matthew Beever, deputy adjutant general of the California Military Department, said during a Pentagon briefing.

Working with local authorities, 969 Army and Air National Guard troops have employed 22 fixed-wing and rotor aircraft and more than 100 vehicles to fight the wildfires that have been burning in California for more than a month. Two hundred soldiers from the 14th Engineer Battalion at Joint Base Lewis-McChord, Wash., are also on the job, and National Guard troops have arrived from Arizona, New Mexico and Oregon to support the fire response.

Sgt. Julian Ross, a veteran medical evacuation crew member with Task Force Medevac and a full-time fire search-and-rescue instructor, said working around the thick smoke and raging fires “is like being in a combat zone. It’s dangerous; we’re just not getting shot at.” Ross has several deployments behind him, including a year in Afghanistan. His crew has been performing search-and-rescue missions and water-bucket operations.

One of the biggest hazards, he said, is what are being called firenados, plumes of fire whipped into cyclones by swirling winds. The firenados, Ross said, “have strong enough winds and can pull us to the ground. They have a big effect on our airframes; like a tornado, you get sucked into it. We try not to fly in those conditions.”