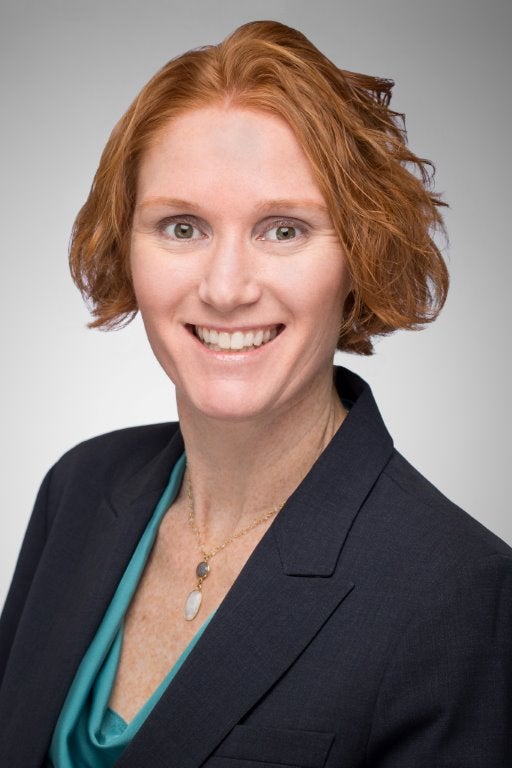 In 2004, hard-charging Army Capt. Dawn Halfaker was leading her military police platoon on missions across the badlands of Baqubah, Iraq, at a time when the Iraq War still glowed red-hot.In the predawn hours of June 19, her world changed in an instant when her Humvee turned a corner and was ambushed by insurgents wielding small arms and rocket-propelled grenades.“One of those RPGs pierced the front of my up-armored Humvee and tore down the passenger side, drilled through my right shoulder and exploded next to my head,” Halfaker told an audience at the second event of the Army Historical Foundation’s “Soldier Experience Series," highlighting unique stories and experiences of individual soldiers throughout Army history as a prelude to the planned opening of the National Museum of the U.S. Army in 2019. The event was held at the AUSA Conference and Event Center in Arlington, Va.“I remember being blinded by the flash, deafened by the sound, choked by the smoke and incapacitated by the pain,” Halfaker said. “Somehow, I came to and told my driver to get the hell out of the kill zone and back to the police station.“As soon as we got there, the combat medic in my platoon started working on me and got me to a medevac. The last thing I remember from my tour in Iraq is the wind from the helicopter rotors and the feeling of ascending into the air, my fate completely unknown to me at the time.”Halfaker’s mangled right arm had to be amputated. “I was devastated, really struggling to come to terms with my new reality,” she said. “I celebrated my 25th birthday in a hospital, thinking my life was over.”But she found strength in an unexpected place: the physical therapy clinic of her military hospital. On her first visit, she quickly connected with other severely wounded soldiers dedicated to overcoming their extensive injuries.“They gave me something I could not give myself: perspective, motivation, strength. … They empowered me through their own courage. My memory of meeting them that day fueled my recovery and my future endeavors as I fought through the mental and physical battles of everyday life.”Halfaker accepted medical retirement from the Army and began forging a new path. Today, she is the CEO of Halfaker and Associates, a company of 150 employees providing IT services and solutions to the federal government, including the Army.The company not only has given her a renewed sense of purpose, Halfaker said, but also allows her to continue serving—as an advocate for wounded warriors who struggle to transition into private-sector employment, and for women who share her dream of entrepreneurship.“Looking back, it was hard for me to let my dream of being an Army officer go and face my new reality,” she said. “But I made the choice to keep going, to adapt and overcome, and to find opportunity within adversity. Because sometimes, unfortunately, it takes the death of a dream to realize a destiny.”