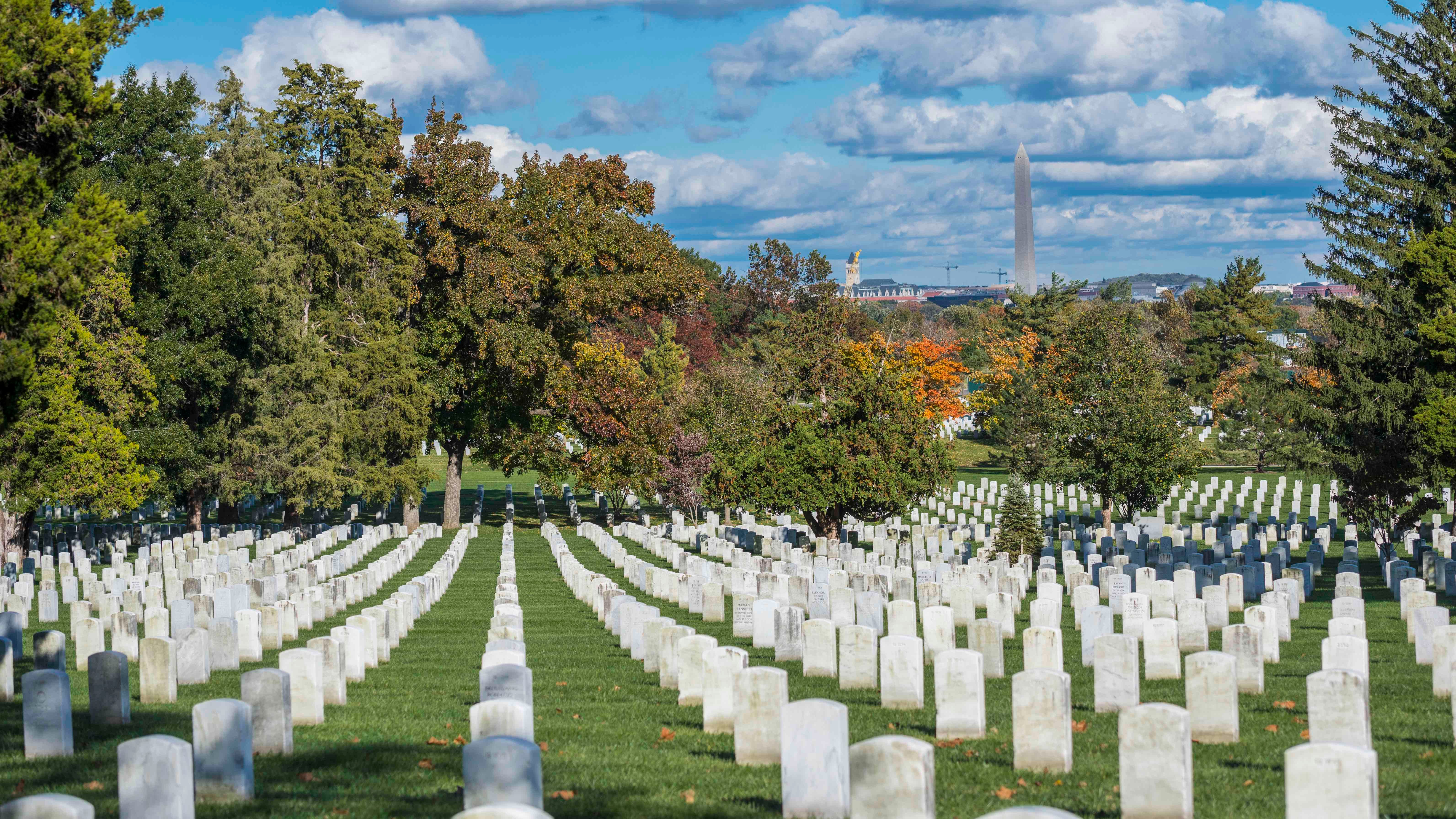 Members of the public can register to view upcoming virtual meetings to discuss capacity challenges facing Arlington National Cemetery, which is quickly running out of space.

The public also can submit comments or feedback before the meetings, which come as the Army is proposing new criteria that would dramatically tighten the eligibility criteria for burial at the cemetery in Virginia.

If approved, the new criteria would limit the number of service members eligible for below-ground interment at the cemetery and restrict even farther those who would qualify for above-ground inurnment.

The fiscal 2019 National Defense Authorization Act directed the Army secretary to establish revised eligibility criteria to keep the cemetery functioning as an active burial ground "well into the future," the Army said last fall when it first revealed the proposed changes.

The cemetery just outside Washington, D.C., one of America's most hallowed grounds, is running out of room, and there have been several initiatives to try to preserve space for the future, including expansion projects and proposals to tighten eligibility requirements for burial there.

Both bodies will receive briefings on the current burial demand and capacity challenges impacting the life of the cemetery, among other topics.

Also meeting is the remember and explore subcommittee, which will convene from 9 a.m. to noon Eastern Sept. 21 to discuss ways to maintain the Tomb of the Unknown Soldier Monument and other issues pertaining to commemorative monuments at the cemetery.

Those who wish to attend or submit their comments should contact Matthew Davis at [email protected] or 1-877-907-8585. For more information on the meetings, click here.

To attend a meeting, submit your full name, organization, email address and phone number, and which meeting you would like to attend. Requests must be received by 5 p.m. Eastern Sept. 17.

Written comments must include the author’s name, title or affiliation, address and phone number and be submitted via e-mail at least seven days before the appropriate meeting.

During fiscal 2018, about 6,500 service members, veterans and eligible family members were buried at Arlington National Cemetery.

The proposed changes come after more than two and a half years of deliberation, public outreach and surveys, including feedback from veterans and military service organizations, according to the Army.

The proposal directs the cemetery to preserve 1,000 gravesites for current and future Medal of Honor recipients.

It also would restrict below-ground interment for service members who are killed in action, recipients of the Silver Star or above who also served in combat, Purple Heart recipients, combat-related service deaths while conducting uniquely military activities, former prisoners of war, presidents and vice presidents of the United States, and veterans with combat service who also served out of uniform as a government official and made significant contributions to the nation’s security at the highest levels of public service.

Above-ground inurnment in vaults would be reserved for World War II-era veterans, to include legislated active-duty designees; retirees from the armed forces who are eligible for retired pay but are not otherwise eligible for interment; veterans who have served at least two years on active duty and who have served in combat; and veterans without combat service who also served out of uniform as a government official and made significant contributions to the nation’s security at the highest levels of public service.