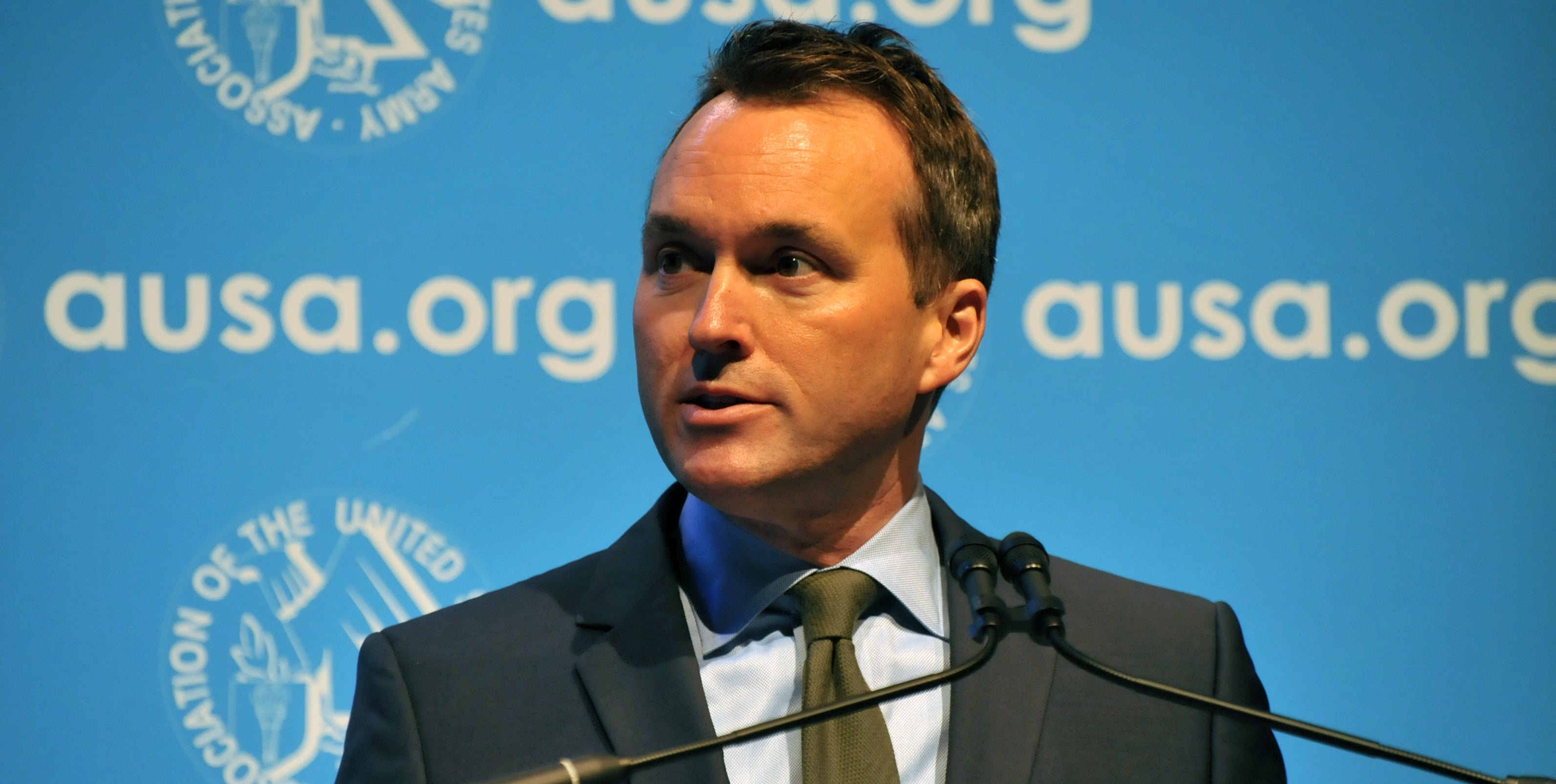 If the nation wants the Army to do all of the things it is being called on to do today, “you have to pay for it,” Army Secretary Eric K. Fanning said Monday.

Addressing the opening ceremony of the Association of the U.S. Army’s Annual Meeting and Exposition, Fanning listed the vital missions the Army is conducting. He noted that because of the reduced defense budgets and the smallest force since World War II, “we’re stretched thin.”

“Do we need to spend as much as next nine nations combined?” Fanning said he is often asked. “The answer is yes,” he said. “While other nations have to defend a small corner of the world, our mission is global.”

“If you want your Army to do more in Europe, to partner with allies to counter Russian aggression, you have to pay for it,” Fanning said. “If you want your Army to provide stability in the Pacific,” or to support “our longstanding ally in South Korea,” to play a vital role in protecting the homeland, and to be at the tip of the spear against terrorist groups such as the Islamic State of Iraq and the Levant, “you have to pay for it,” he said.

Fanning warned that to have the Army the nation needs, “you need to sustain it” because “you can’t generate an army overnight. If you cut it, you lose it.”

Additional funding is necessary, he said, because “we don’t see a decrease in today’s commitments.”

The secretary noted that during his tours of the Army, he has seen all the great things soldiers are doing. But he also saw barracks at Fort Jackson, S.C., for example, that were in an unacceptable condition—an indication of inadequate investments in infrastructure.

Although the Army is addressing these problems in its budget, “we never should have faced it in the first place,” Fanning said.

Fanning noted a number of things Army leadership is doing to help meet critical needs, including creating the Rapid Capabilities Office to get new systems to the field faster, and teaming with industry and academia to bring forward new concepts and ideas.

The ultimate goal, Fanning said, is to “make sure the Army is so fierce no one wants to fight us.”

At a press conference later in the morning with Fanning and Chief of Staff of the Army Gen. Mark A. Milley, Milley said ground warfare is on the cusp of fundamental transformation, and the U.S. Army will have to change in some dramatic ways to prevail on future battlefields.

“The future operating environment is going to be intensely lethal” over the next 10 to 25 years, more so than the Army has experienced to date, Milley said.  Battlefields will be non-linear and non-contiguous. “You’re going to fight in widely dispersed formations,” he said.

Enemies will be widely dispersed, and fighting is likely to take place in urban areas and in a degraded electronic as well as a cyber environment. Communication will likely be problematic, Milley said, and adversaries will be both competent and elusive.

To cope with such transformation, the Army “will put a premium on decentralized operations,” he said. That means soldiers must acquire critical thinking skills well beyond those expected today. They must also develop “huge amounts of character” to make proper moral and ethical decisions without substantial guidance from commanders above them, he said.

He also said robots would likely play a significant role in ground warfare as early as the late 2020s.

Fanning noted that the Rapid Capabilities Office, which is expected to begin operating in November, is being established to spot new technologies and get them into service as quickly as possible.

Meanwhile, though, the Army is struggling to rebuild readiness in maintenance facilities that date to the 1950s and 1960s, Fanning said. Some are too small to accommodate modern equipment, forcing soldiers to make equipment repairs outdoors.

Money for modernization has been cut by a third since 2011, he said. And today, the Army’s modernization budget is $36 billion less “than the next closest service.”

Milley and Fanning both said the Army is too small but declined to say how large it should be. While some have suggested 540,000, “It’s not so much about numbers as about capability,” Milley said, adding that with modern equipment and advanced capabilities, a smaller Army can achieve more than a larger one that isn’t as well-equipped.

Fanning cautioned that forcing the Army to maintain a larger number of soldiers without giving it correspondingly more money to support them and modernize their equipment would further unbalance the force.