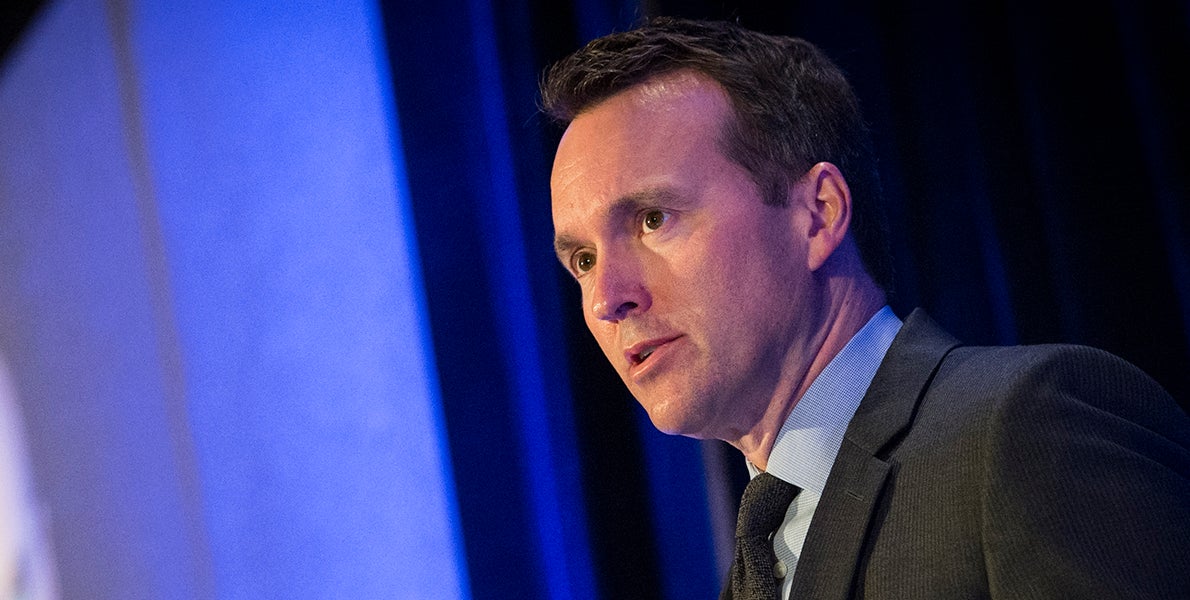 Secretary of the Army Eric Fanning bid farewell to the service in a Pentagon ceremony by describing his tenure as the Army’s civilian leader as “the honor of my lifetime.”

Directly addressing “all the men and women who wear the uniforms of all the armed forces,” Fanning said he has been “honored to visit you at installations around the world, and I’ve come away a little more in awe of you each time.”

“Less than 1 percent of America is serving, and we ask you … to do incredible things,” he said. “Day after day, year after year, you deliver. You are why our military is strong, you are why our country is great.”

Fanning was appointed acting undersecretary of the Army in June 2015, becoming the service’s 22nd secretary in May 2016. During his tenure, he championed initiatives to improve organizational efficiency in the service’s headquarters and spearheaded the creation of the Army Rapid Capabilities Office to expedite critical technologies to soldiers in the field.

He also launched the Army Digital Service, building upon a DoD initiative to bring in people from the private sector for a “tour of duty” to help the Army solve difficult technological and digital problems.

As the first openly gay civilian leader of any military service, he also led efforts to improve diversity in the force.

Fanning described his Pentagon service as “an assortment of great opportunities” that were not necessarily “strategically linked.” He thanked the many people who helped guide his career “at just the right moments, so that it did become a path that led me to this amazing honor.”

“Clearly, the secret to success is never staying anywhere long enough for them to realize the mistakes you’ve made until it’s too late,” he joked.