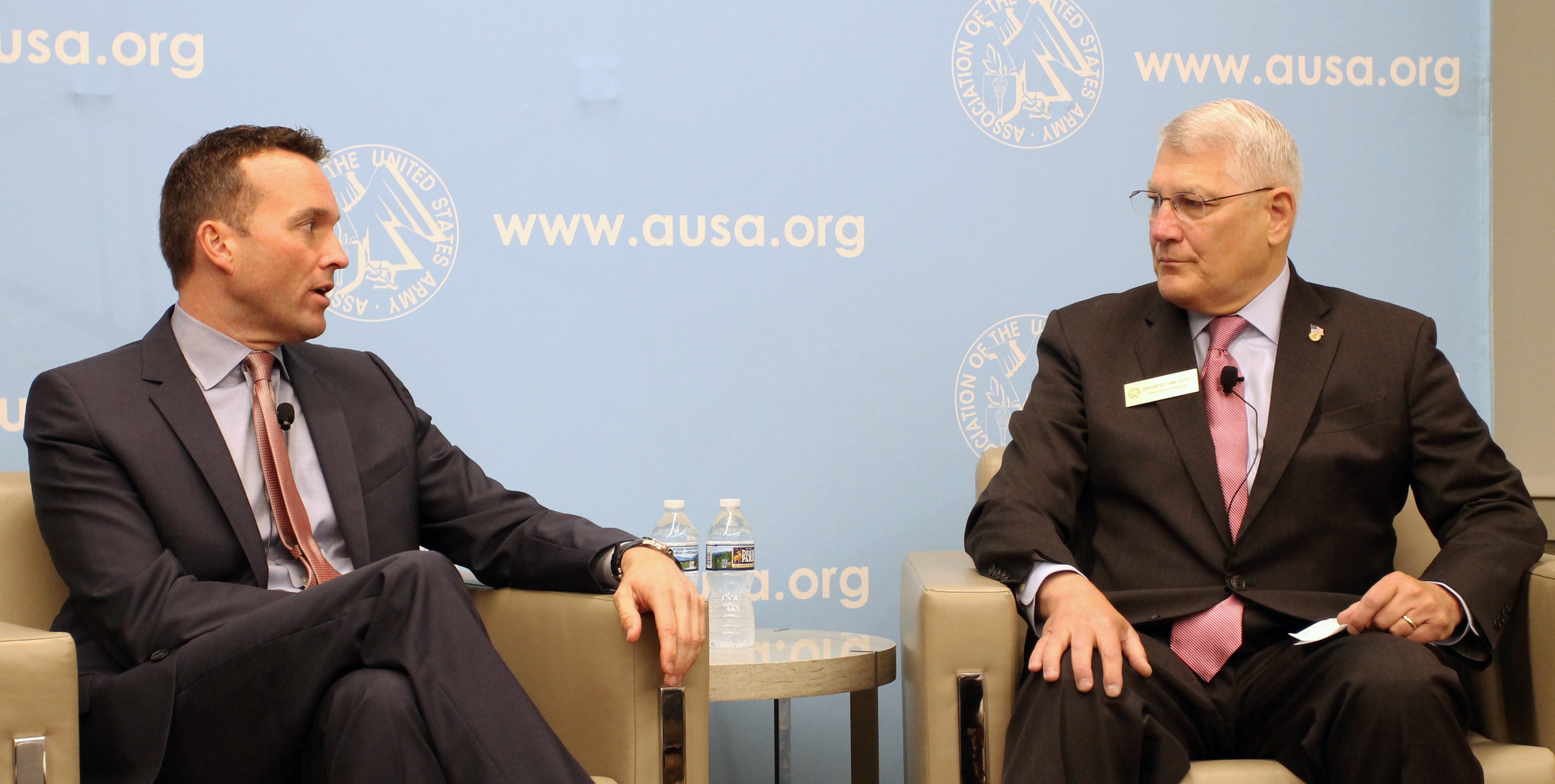 The Army’s hopes for getting the newest and best gear into the hands of warfighters may depend on eliminating layers of acquisition bureaucracy, Army Secretary Eric K. Fanning said at a June 28 breakfast forum hosted by the Association of the U.S. Army’s Institute of Land Warfare.

The Army is “not fielding capabilities as fast as we should” and is spending too much on bureaucratic processes rather than actual resources, Fanning said in a discussion led by retired Army Gen. Carter F. Ham, who becomes AUSA’s president and CEO on July 1.

“My focus is trying to clear some of that out, to empower people again,” said Fanning, who was confirmed as Army secretary May 17.

Sen. John McCain, R-Ariz., chairman of the Senate Armed Services Committee, shares that view. He included language in the fiscal 2016 National Defense Authorization Act intended to give Army Chief of Staff Gen. Mark A. Milley, who attended the ILW breakfast, and his fellow service chiefs a larger role in acquisition decisions for their respective services.

The Army submitted a report to Congress in March detailing some potential acquisition reforms. Among them, the report seeks to “de-layer” some Office of the Secretary of Defense oversight that “often [leads to] long cycle times for staffing, reviews, and decision-making” on hardware and weapons programs.

“The military used to lead the way on a lot of technological development” and on GPS and stealthy weapons, Fanning said. “Now, we’re slowing the private sector down. These new authorities, what’s exciting about them is they’ll allow us to keep up with what the private sector is doing.”

The forum took place at the AUSA Conference and Event Center in Arlington, Va.