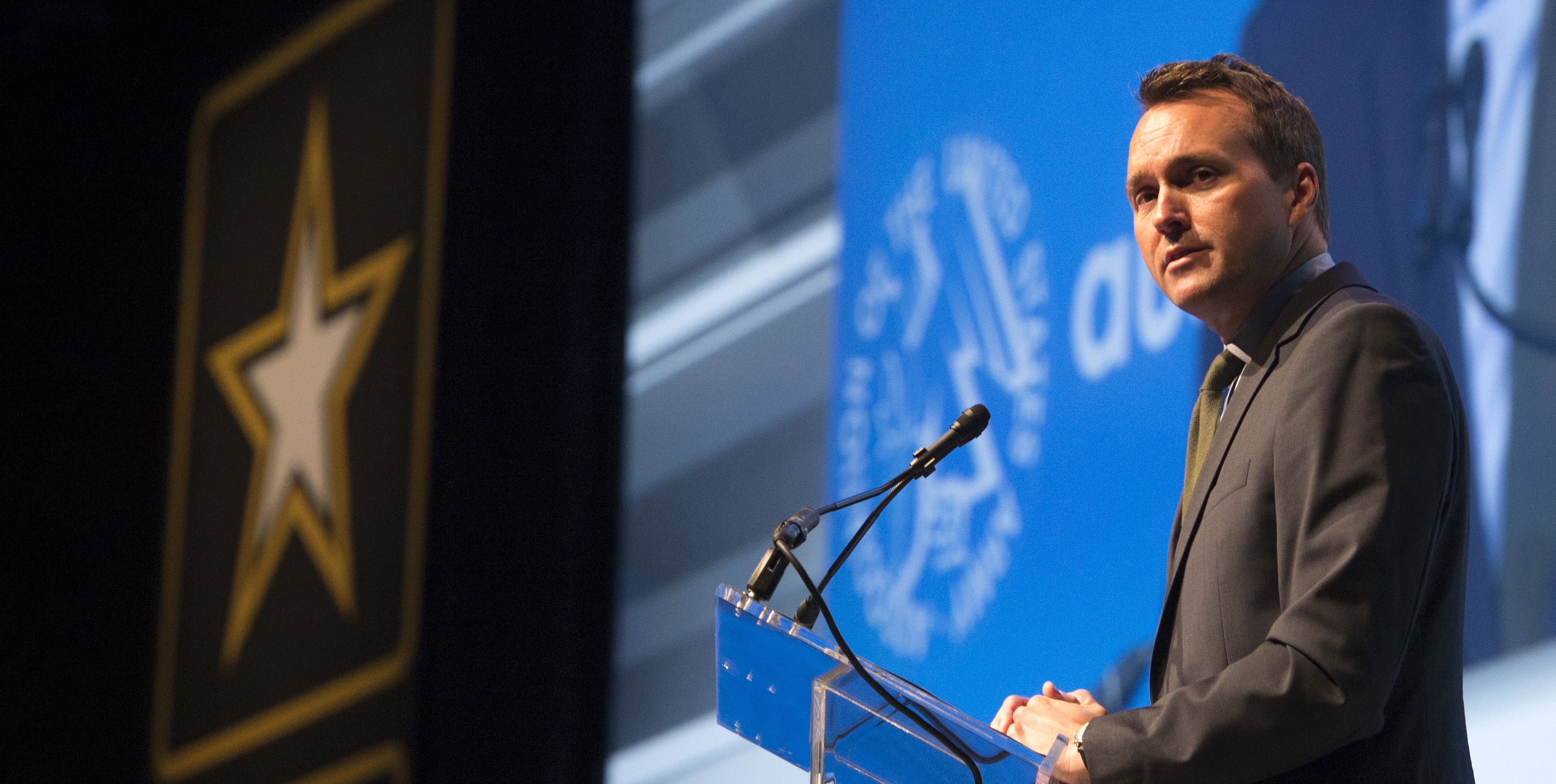 Despite budgetary uncertainty, the Army remains prepared to counter any threat, anytime, anywhere in the world, Secretary of the Army Eric Fanning said Oct. 24 at a forum hosted by the Center for a New American Security.

Fanning spoke alongside the Air Force and Navy secretaries on a wide range of issues related to military programs and priorities. He said despite budgetary pressures and global uncertainty, the Army is ready. “It is an incredibly lethal warfighting machine, by far the best we’ve ever had—the best in the world.”

Fanning, who has served as secretary of the Army since May, has vast experience in the Pentagon. He held executive roles in the Air Force, Navy and DoD and has 25 years of government service. Still, Fanning said, he had not realized how much of his time would be consumed by the budget. “We start every year with a continuing resolution,” he said. “We don’t really know what our top line is; we don’t have stability to plan for the long term.”

That uncertainty, he said, was part of the motivation for creating the Army’s new Rapid Capabilities Office. It officially stood up in August with the goal of “trying to get the decision cycle down … to get capabilities to the field faster. Russia goes into Ukraine, and suddenly we see” its military has turned into “a learning institution,” he said. “They’ve been watching us, studying us, making improvements, and our decisive advantage … wasn’t as big as we thought it was.”

The Rapid Capabilities Office is about “getting something into the hands of troops that they can use, experiment with and refine in real time, because that’s what the adversary is doing,” Fanning said.

Recognizing that his job may end when a new commander in chief takes office in January, Fanning said one of the things he would miss most about being Army secretary is routinely interacting with soldiers.

“It’s really what makes it so rewarding, to be that much closer to the people who have raised their right hands and made the commitment to defend this country,” he said.