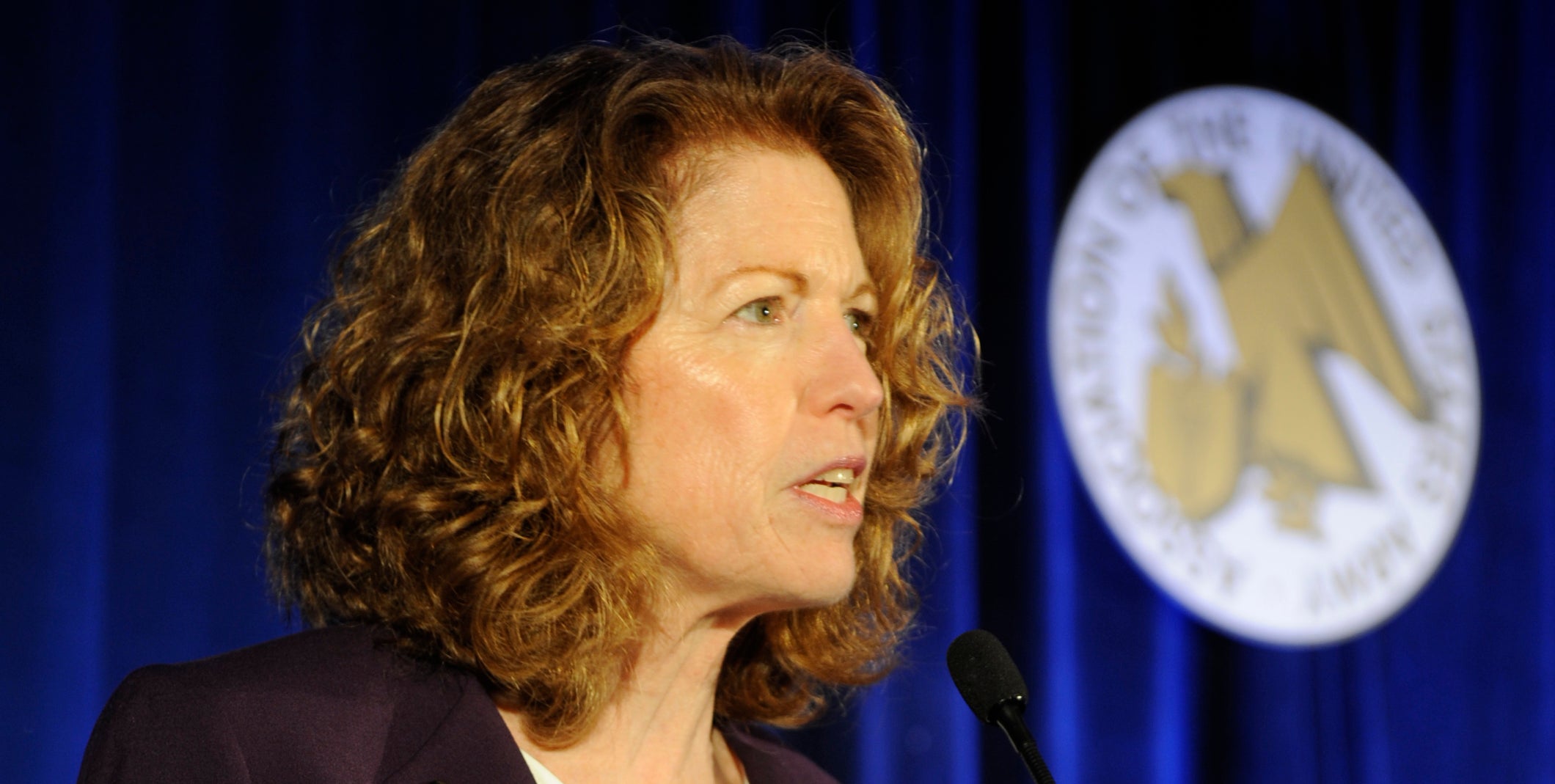 Understanding the needs of soldiers and their families and investing in those priorities is at the core of her programs, Randon told a military family forum.

But a survey of soldiers on the problems they face and how their needs were met showed mixed results. In the survey of 7,000 active-duty soldiers, only 9 percent did not list a problem in the past year, said Carra S. Sims, senior behaviorial and social scientist at RAND Corp., who directed the survey. Most of the soldiers who reported problems reached out to Army or civilian services for help, but 11 percent reported at least one unmet need, mostly in health care and emotional needs, Sims told the forum.

One disturbing finding of the survey was that of those who wrote in comments, 5.5 percent cited toxic leadership, Sims reported. The written comments revealed the perception that their leaders did not care about them and “were more interested in their own careers,” she said.

Perhaps not surprising, the survey revealed a lot of complaints about long waits for medical care and for counseling services for emotional needs, she said.

Randon noted that when a previous chief of staff declared the Army was out of balance, one of the initiatives launched to restore balance was the family covenant. In response, the Army adjusted resources to support family readiness. “We have a team dedicated to enforcing this covenant,” she said.

That effort has been impacted by funding reductions forced by the 2011 Budget Control Act, Randon said. If the BCA remains in effect, “we will face increased pressure,” but the Army will “continue to evaluate the commitment of resources to meet the needs.”

Sims said the top three areas of concerns cited in the survey were problems with military practices and culture, work-life balance and personal well-being, with health a close fourth.

Most of the problems with practices and culture were reported by young enlisted troops, who cited poor communication with superiors and peers. Those who mentioned work-life balance complained about finding time for sleep and taking care of their health, and those who cited well-being said they were stressed and tired.

The survey showed that soldiers with problems reached out to multiple resources until they found one that helped, Sims said.

She said the survey would help Army leaders understand where resources were needed to better meet soldiers’ needs.