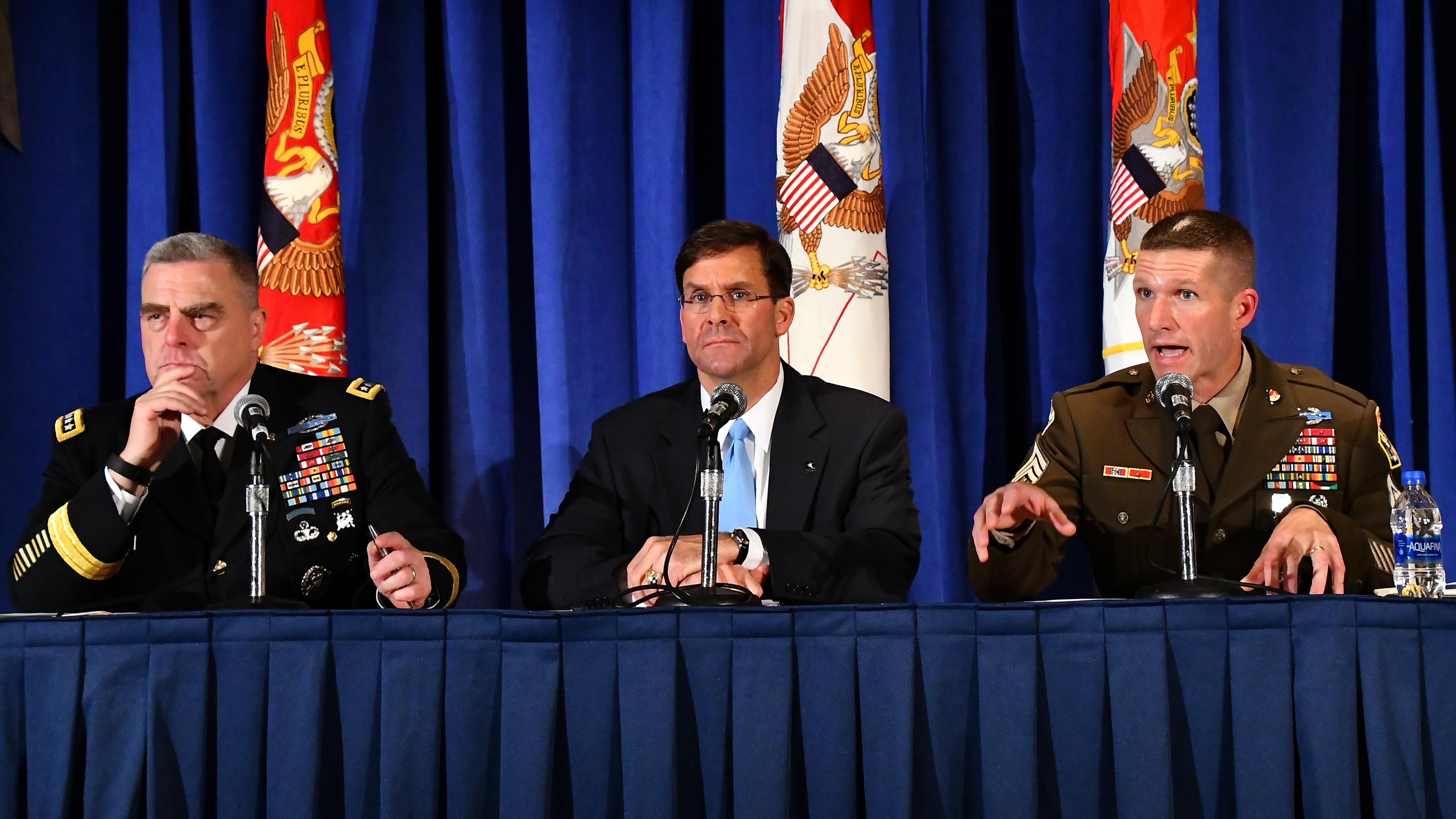 The Army’s top three leaders fielded a host of questions on problems facing Army family members and either offered solid explanations or directed senior officers in the audience to take action to solve the problems or to find better answers.

It was probably no surprise that the first question, at a family forum at the AUSA Annual Meeting and Exhibition in Washington, D.C., to Army Secretary Mark Esper, Army Chief of Staff Gen. Mark Milley and Sgt. Major of the Army Daniel Dailey dealt with what the questioner called the “gross negligence” of moving companies in handling household goods on change of station orders.

Dailey agreed that was a constant problem, particularly for junior soldiers, and the Army was working with DoD Transportation Command to go after negligent movers. Milley and Esper said they were working to increase pressure on movers and to remove the worst offenders. Esper said he is coordinating with his Navy and Air Force counterparts to seek a joint solution, and Milley said he wanted “greater transparency,” perhaps by putting the poor performers’ names on an Army website.

Another apparently chronic problem is the danger of mold, lead paint and other health issues or poor quality of some of the older family housing. Esper and Milley acknowledged the problem and urged families with those problems to aggressively raise the issue with their chain of command. Staff officers in the audience cited a number of actions being taken, but admitted the scope of the problem made immediate solutions difficult, because tens of thousands of family homes were old or historic.

Another chronic issue the leaders responded to was the problem spouses have in holding a job because of the many change of stations career soldiers endure. Esper said that was one of the issues that could be dealt with in the personnel policies changes the leadership is considering. It might offer soldiers the option to stay at a post, even if its prevents “the broadening assignments” a change of station might provide, he said.

Milley, who noted his wife had tried to maintain her career as a nurse, urged anyone thinking of marrying a soldier to go into it with “eyes wide open” because the Army is not an ordinary job, “it was a way of life, a calling.”

The leaders also handled questions about problems with finding care for children with learning or health issues when changing duty stations and whether family care funding for Army Reservists was being cut. Senior staff officers offered details on the first and denied the latter is happening.