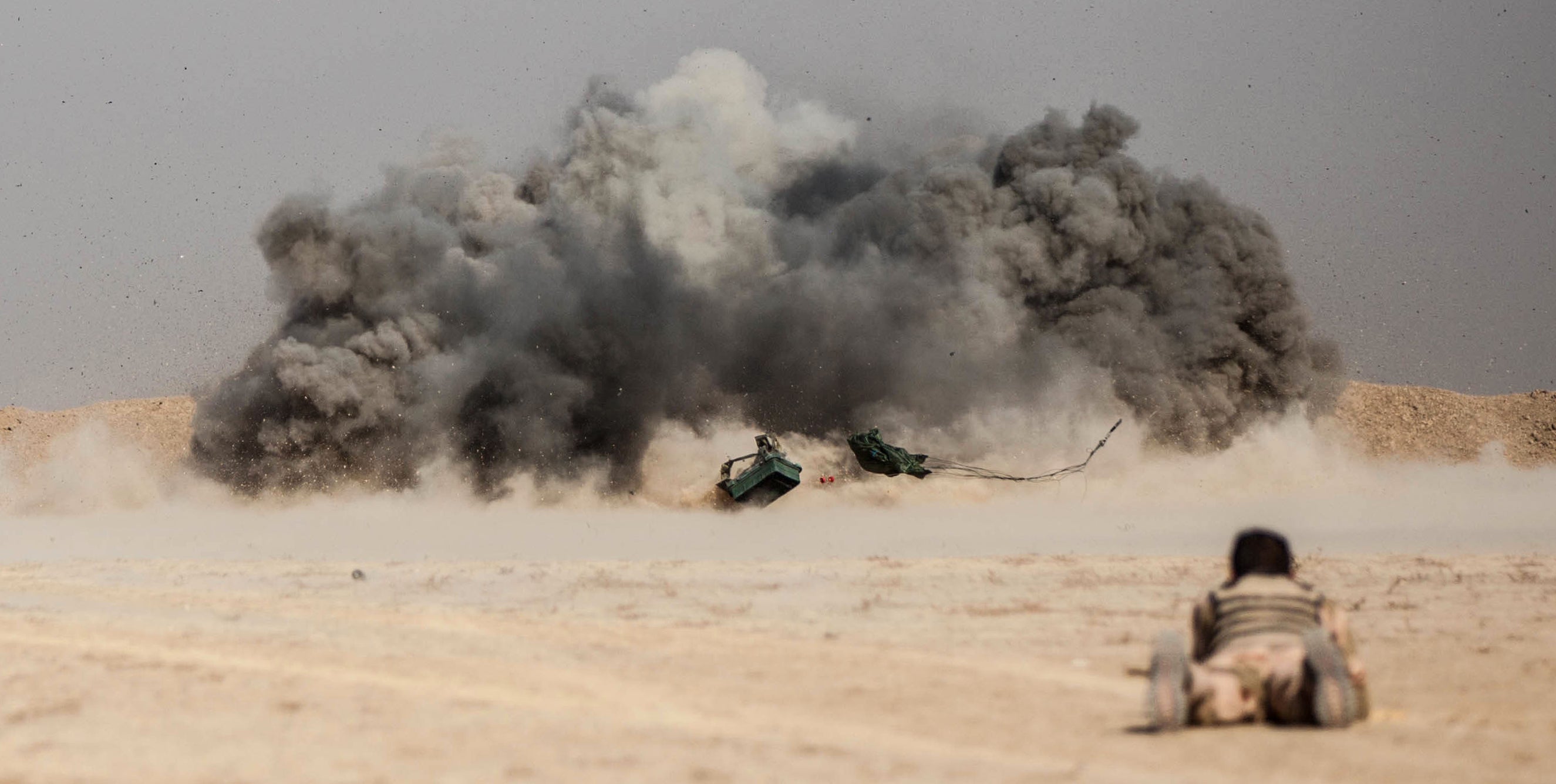 The Islamic State militant group “is down really to its last 10 percent of territory,” said Brett McGurk, a special presidential envoy who leads the Global Coalition to Counter ISIS.

Speaking at the conclusion of a historic international meeting focused on responding to violent extremism, Chairman of the Joint Chiefs Gen. Joseph F. Dunford Jr. said more than 75 countries plus NATO and the European Union are working together. “We are dealing with a transregional threat, and it is going to require more effective collective action by nations that are affected,” Dunford said, noting there are an estimated 40,000 foreigners from 120 nations fighting on behalf of the Islamic State group in Syria and Iraq. Those numbers “give you some sense of the range of ISIS’s challenge,” Dunford said, using the Defense Department-favored label for the Islamic State in Iraq and Syria.

The U.S. Army and the other services have played a major role in helping other nations develop capabilities to battle extremist groups, Dunford said. Iraqi forces, for example, have made great improvements. “In the near future, they will have the capability to be self-sustaining,” he said. “When I say ‘near future,’ I look at the near future as three to five years. It is an effort that is going to take some time.”

“We are not shifting our attention away from Iraq or Syria yet,” Dunford said.

This does not mean victory has been declared, McGurk said. “Small numbers of ISIS leaders are attempting to leverage local insurgencies,” he said, citing Africa as an example where some local militant groups have “rebranded” themselves as Islamic State fighters.