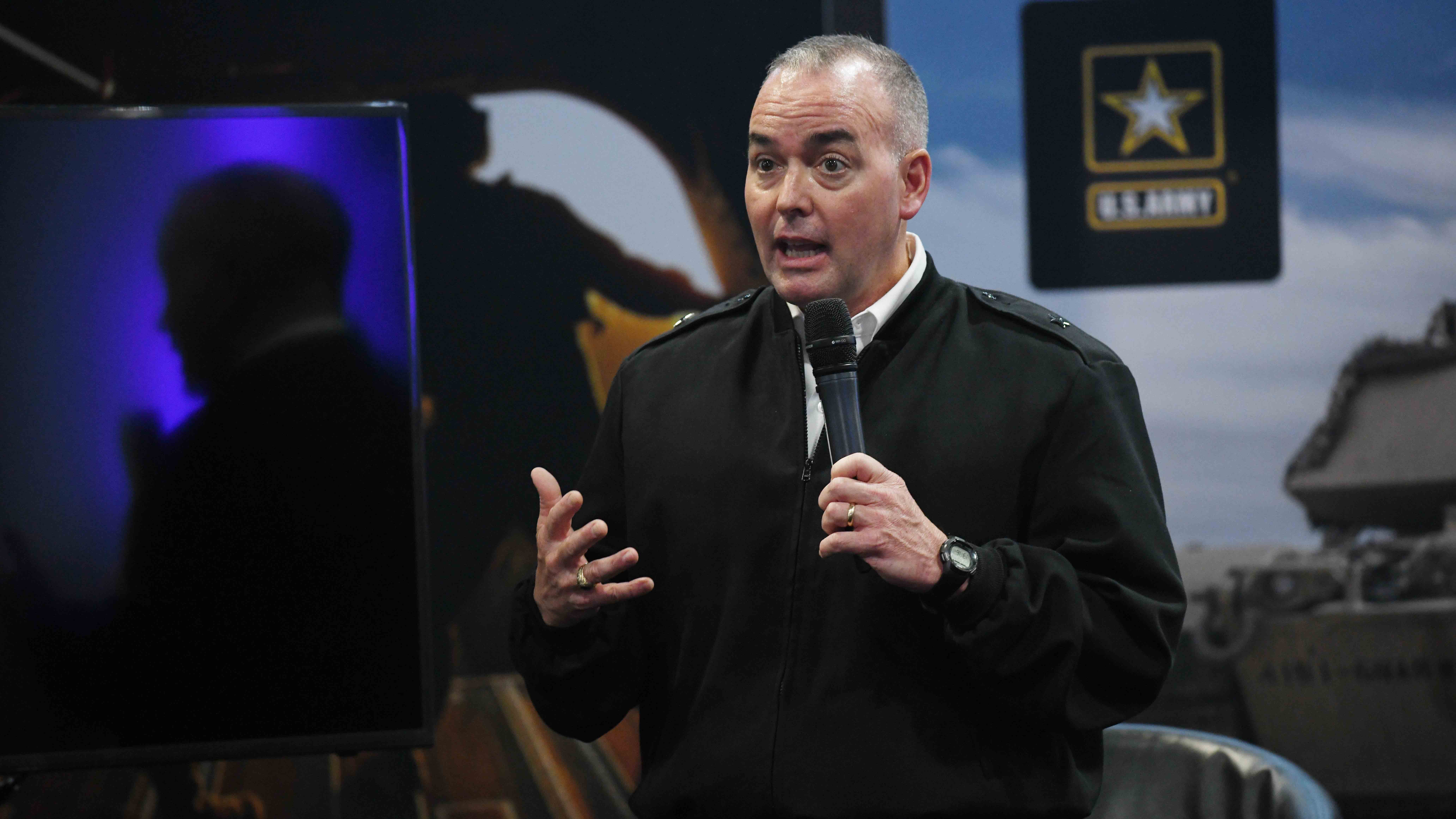 The Army’s cross-functional teams are expanding their partnerships as the service races to deliver on its sweeping modernization priorities, several team leaders said during a Warriors Corner presentation at the Association of the U.S. Army’s 2021 Annual Meeting and Exposition in Washington, D.C.

“We've been expanding our partnerships and team beyond where you might think we're narrowly focused,” said Brig. Gen. John Rafferty, director of the Long-Range Precision Fires Cross-Functional Team.

He added, “We’re equally as focused on an end-to-end approach to this. We know that we’ve got to see as far as we can shoot, and we’ve got to find targets in an enormous amount of data. And so far, we believe that our targeting methodology of decide, detect, deliver and assess has been the perfect approach for us as a big team across multiple [program executive offices], multiple [cross-functional teams], and engagement with the user community.”

During the presentation, titled “Seeing Over the Horizon: Intel/Electronic Warfare for Deep Sensing/Integrated Fires Experimentation/ADA,” Rafferty was joined by Mark Kitz, program executive officer for intelligence, electronic warfare and sensors.

“We are at a unique relationship in terms of Army modernization,” he said. “I'm not delivering directly on the next-generation combat vehicle. I'm not delivering directly on the Future Vertical Lift portfolio. But the sensors and capabilities that we are investing across our portfolio are enabling Future Vertical Lift and other efforts to operate and survive by seeing deep.”

Willie Nelson, director of the Assured Positioning, Navigation and Timing/Space Cross-Functional Team, also talked about the Army’s efforts to support these cooperative processes.

“About two years ago, we said that we had all this new kit and all these new capabilities in artificial intelligence and elsewhere, so we need to sit down with warfighters, both in Europe and the Pacific, to figure out their needs, problems and how can we integrate these new systems, so we brought representatives of those communities,” he said.

On the future battlefield, the Army must be able to rapidly decrease its “decision time and executing time,” Nelson said. As the Army continues its experimentation and training, new tactics, techniques and procedures and products were developed, and “we go back to the field and actually set up the experimentation, bringing data down from sensors and integrating that through the platforms.”

Maj. Gen. Brian Gibson, director of the Air and Missile Defense Cross-Functional Team, characterized the panel members as “a good fundamental representation of the teamwork that it takes to do something fundamentally different.”

“You might ask, ‘Why there is air defense on this panel? I’ve heard about long-range fires. I’ve heard about intelligence. I’ve heard about the need for space,’ ” Gibson said. “But there is an inextricable link between space, intelligence and the conduct of air and missile defense, whether that’s inside of service lines or whether that's in support of our joint force. The tighter that we make the coupling of those three domains and those capabilities, the better the options we provide for our warfighters.”