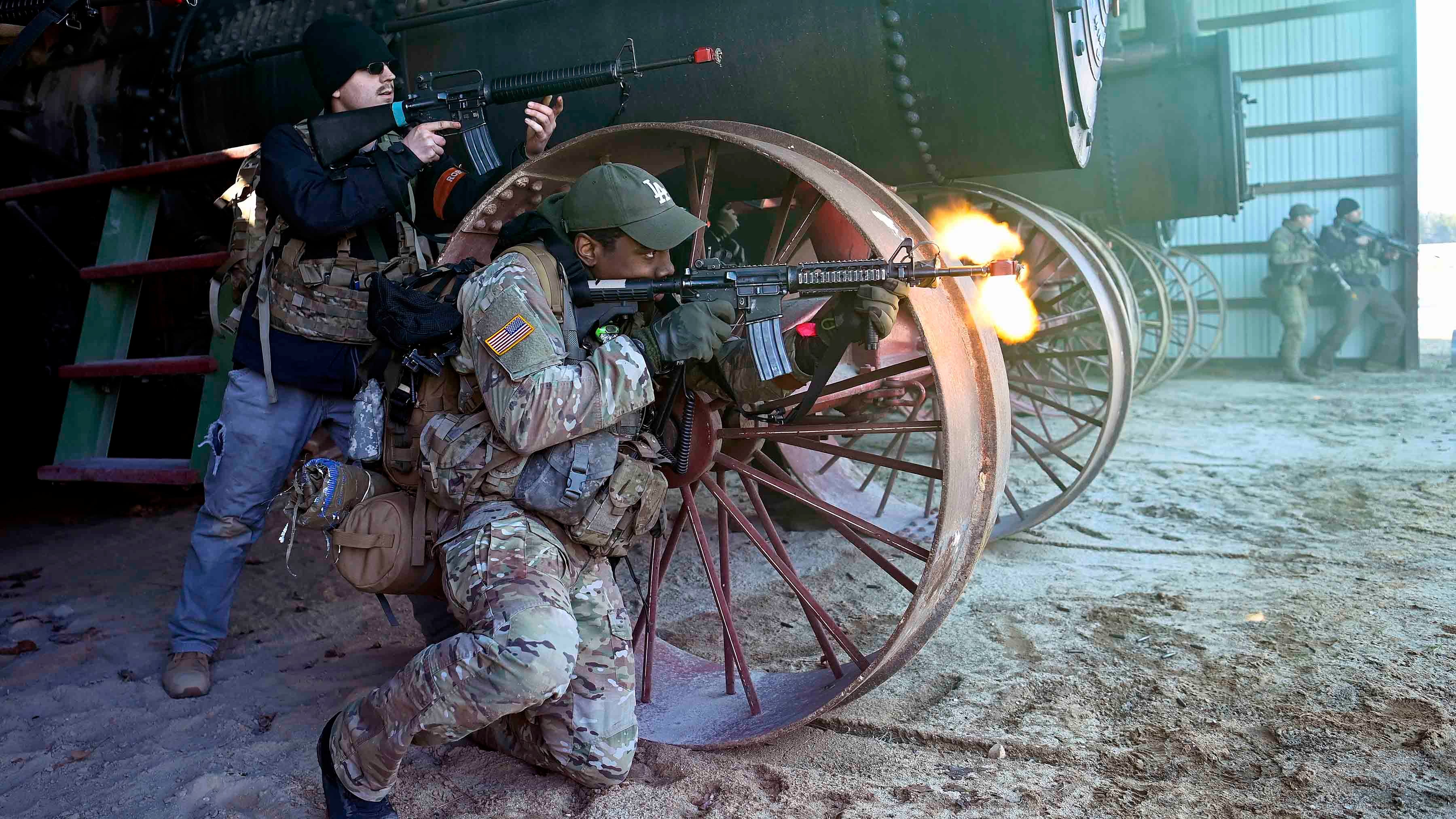 A long-held belief that the U.S. is safe from attacks has created a “false sense of security,” especially as the Army’s ability to project power is undermined by potential adversaries’ global technological reach, a senior leader said.

Speaking at the 2022 Strategic Landpower Symposium hosted by the U.S. Army War College, Lt. Gen. John Evans, commander of U.S. Army North, said if an attack took place on the homeland, it would take shape in the land domain, no matter which domain is used to deliver the threat.

“We want to fight the away game in everything that we do, but we’ve got a home game that we’re going to have to fight first. I’m convinced of that,” Evans said May 11. “We’ve moved into a contested homeland. It’s been contested for a while … and we’re going to continue to pull the thread on that because I believe we have a false sense of security here at home.”

Except for colonial powers and the excursions of indigenous peoples, Evans said, the earliest threats to the homeland were almost exclusively sea-based and were met with coastal artillery brigades. The introduction of aircraft changed the defensive posture, and coastal defense guns faded after World War II, succeeded through the 1990s by long-range aviation, missiles and early warning systems.

“The relative advantage gap that we enjoyed in conventional military power for at least the last three decades has closed. No other military in the world can project power with the speed, agility and mass that we can, but the speed of war has accelerated,” Evans said, adding that “our competitors’ advances in the temporal domains, cyber and space, provide them capabilities that have near immediate and global reach.”

The challenges are made worse by adversaries’ ability to “mask attribution in these domains.” This slows the process of decision-making at home, foments misunderstanding and complements the misinformation and disinformation campaigns waged by competitors, who have also made advances in the air domain, due in large part to industrial espionage, he said.

“All of these factors negate our speed of deployability and the technological advantages that we’ve enjoyed since the end of the Cold War … leading to vulnerability and complexity in the homeland,” Evans said.

Even the freedoms enjoyed in the U.S. contribute to that vulnerability, he said, pointing to the interstate highway system, rail and air travel, where people move relatively unchecked, as well as the massively interconnected communications and cyber domains that allow trade, commerce, logistics, public works and recreational activity to flourish.

Potential adversaries are counting on breaking the will of the U.S. population by disrupting their way of life, coupled with cyber campaigns “to which our free society has become increasingly susceptible,” Evans said.

If there was an attack on the homeland, he said, the use of ground forces would likely be required to protect critical assets and infrastructure. Still, Evans cited “multiple single points of failure” in such a scenario, including at many primary movement routes, ports, distribution systems, logistics sites and military installations.

While the movement of forces from home station to ports has been rehearsed and exercised, it continues to be seen as a “logistical task conducted in a permissive environment with little to no threat to force or mission,” he said.

“All the enemy needs to do is delay our movement,” he said.