Esper Sworn in as 23rd Secretary

Esper Sworn in as 23rd Secretary 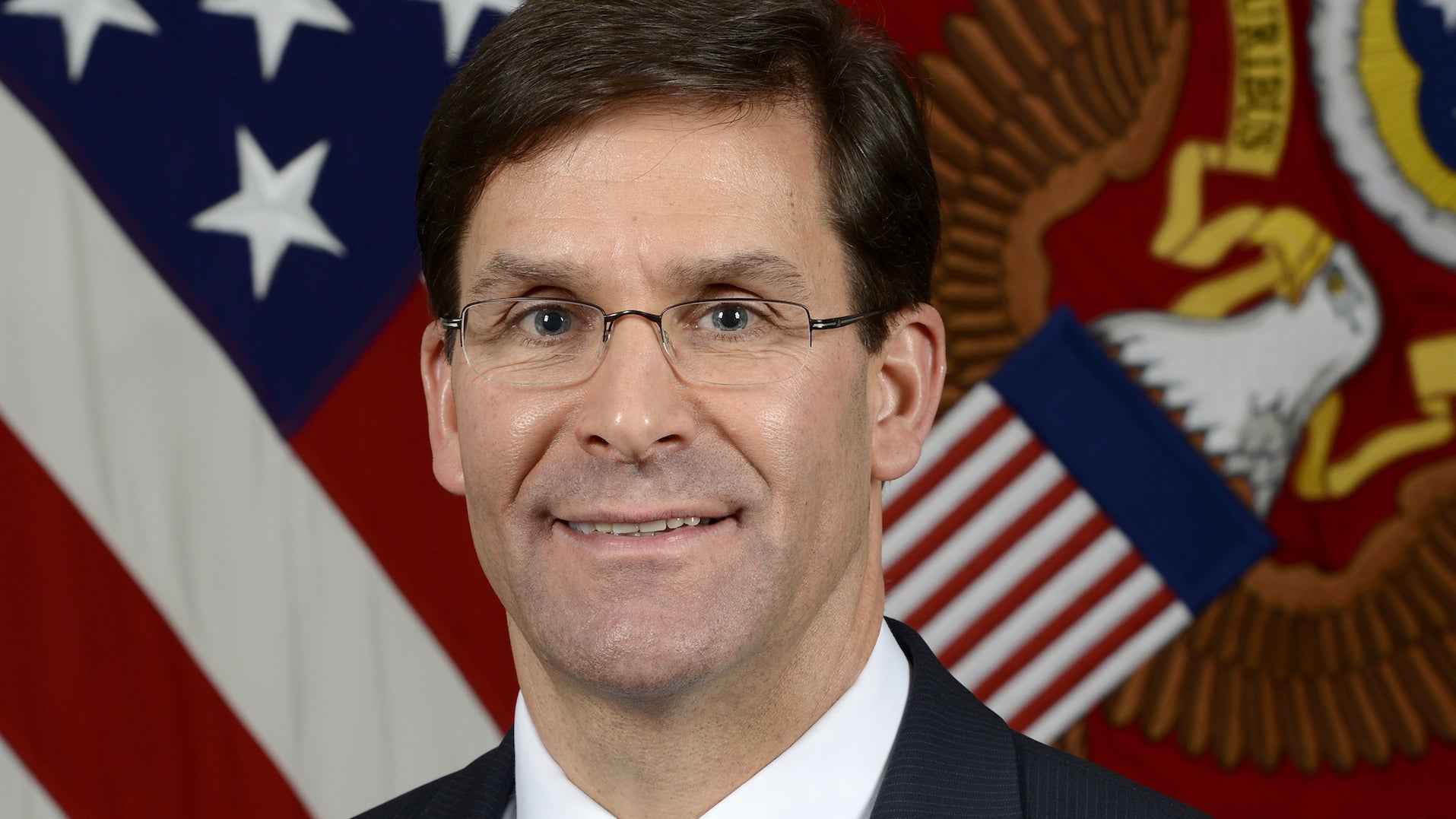 Secretary of the Army Mark T. Esper, sworn in Nov. 20 as the Army’s 23rd secretary, vowed in a message to work hard and to welcome ideas. “To be successful, we must work together and empower people at all levels to lead, innovate and make smart decisions,” he said in a letter addressed to “the Army family.”

Esper sees himself as a part of the soldiering family, and described himself as returning to duty.

“Having served previously in the Regular Army, Guard and Reserves, I know well that people are the Army’s greatest asset,” he said. “I fully understand and acknowledge the sacrifices our soldiers and families have given to our great Army, especially during the previous 16 years of sustained combat operations.”

“Thanks to your service, our Army remains the world’s premier ground combat force and the bedrock of our nation’s defense,” he wrote. “That is why the readiness and welfare of our soldiers, civilians and their families will always be foremost in my mind, and why I intend to pursue initiatives that will offer the professional opportunities and quality of life all deserve.”

Readiness, modernization and reform are his top priorities, and he pledged his commitment to Army Values. “This includes treating everyone with respect, collaborating broadly and always doing the right thing,” he wrote. “The Army is at its best when it works and fights as one team, and with the challenges we face ahead, a recommitment to these values will serve us well.” 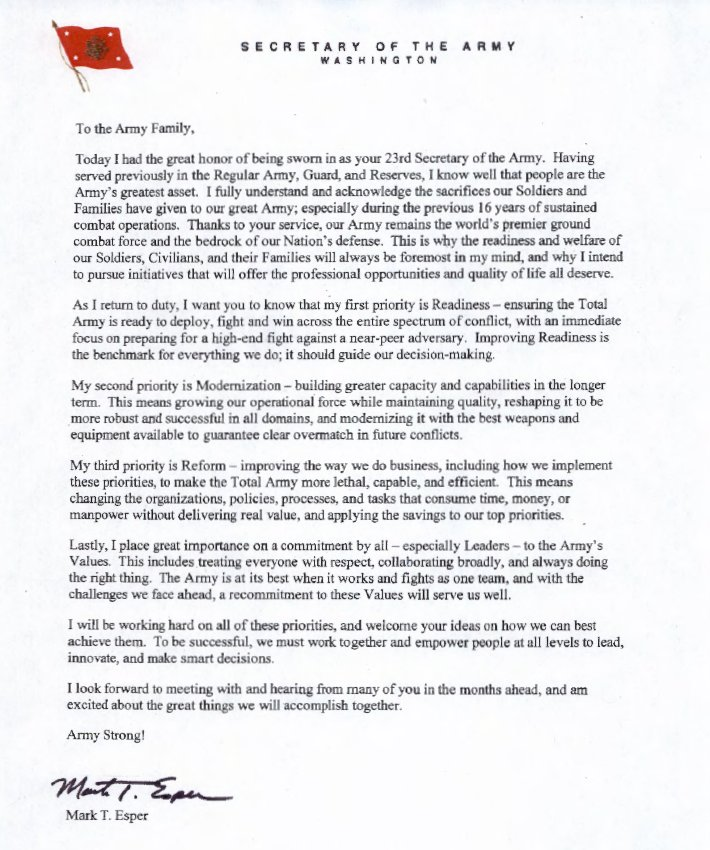