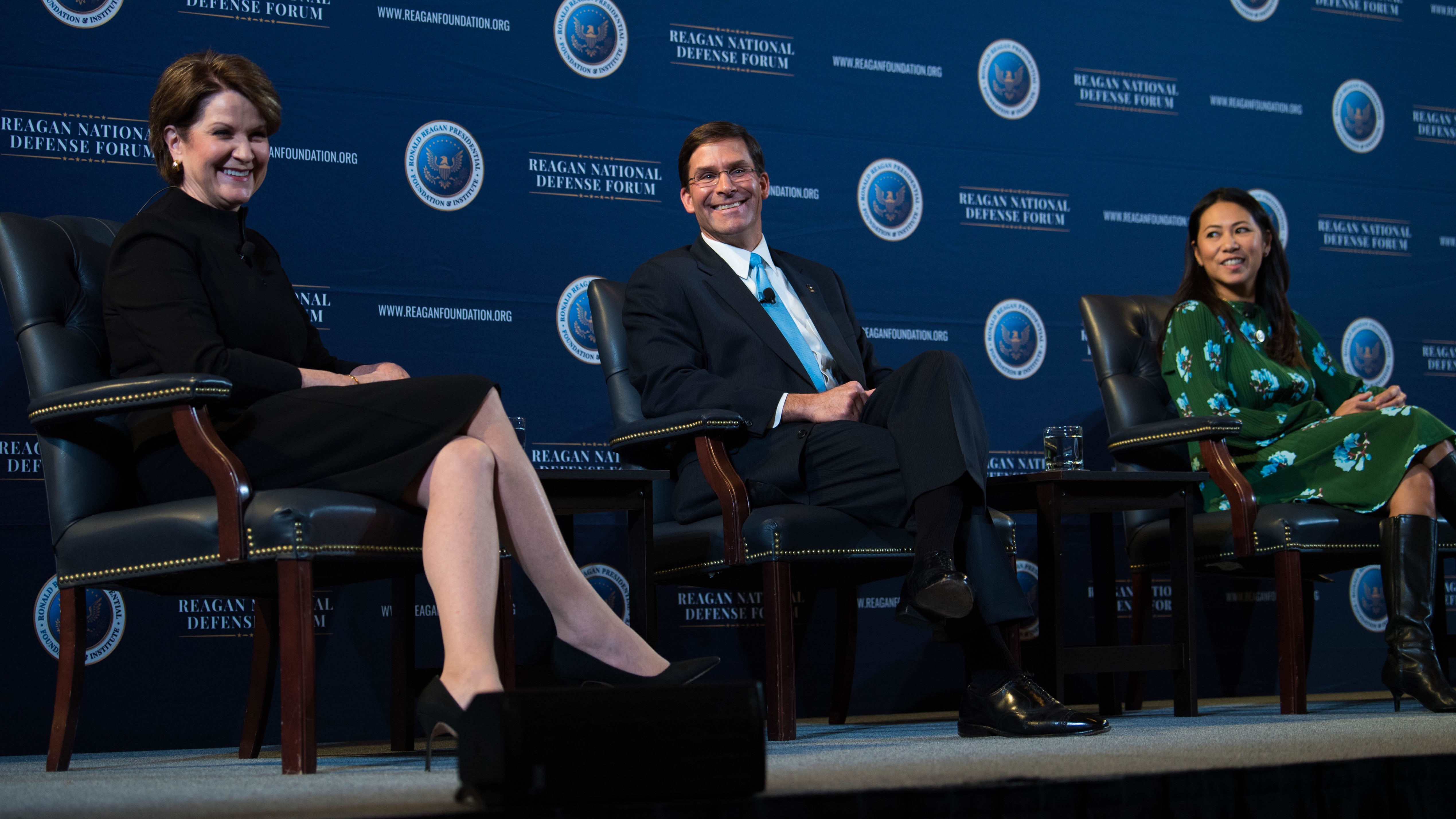 Major efforts are underway in the U.S. Army to attract and retain highly skilled soldiers and civilians, Army Secretary Mark T. Esper said Dec. 1, saying it is “critical” for success on future battlefields “to have the best and brightest of what America has to offer.”

Esper was part of a Reagan National Defense Forum panel focused on how to get highly skilled workers in the Defense Department and defense industry when there is so much private-sector competition.

Efforts are underway to overhaul the Army’s personnel management system to provide more flexibility, Esper said. “While we won’t be able to compete on the pay front with the private sector,” the Army can offer “really meaningful work to serve their community, to serve a higher good, to serve the nation’s security. That’s what we find attracts many people to the United States military and the United States Army.”

Serving a higher cause while also having a rewarding career is “what we have to offer,” Esper said at the event, held at the Ronald Reagan Presidential Library in Simi Valley, Calif.

Other panelists warned this isn’t easy.

“Today, we have a problem,” said Rep. Ken Calvert, R-Calif., a member of the House Appropriations subcommittee on defense. China will graduate 4.5 million people with college degrees in science, technology, engineering or math this year, he said. India will graduate about 2.5 million. “The United States will not even make 600,000. By 2020, we will be 1 million people behind from demand for those types of positions,” he said. “We have a problem and we have to face up to it.”

Education solves only part of the issue, said Rep. Stephanie Murphy, D-Fla., another panelist who serves on the House Armed Services Committee. “How do you get them to decide to go to work in defense or national security, either in government or in industry, instead of taking the sexy tech job at Google?” she said, suggesting one thing that could be done is making the recruiting and employment process more inviting. The application for civil service employment, with its regimented process, presents a roadblock for many, she said. USAJobs.gov, the federal website to search and apply for jobs, is hard to navigate, she said. “It doesn’t fit with the ease with which this generation can do just about anything else.”