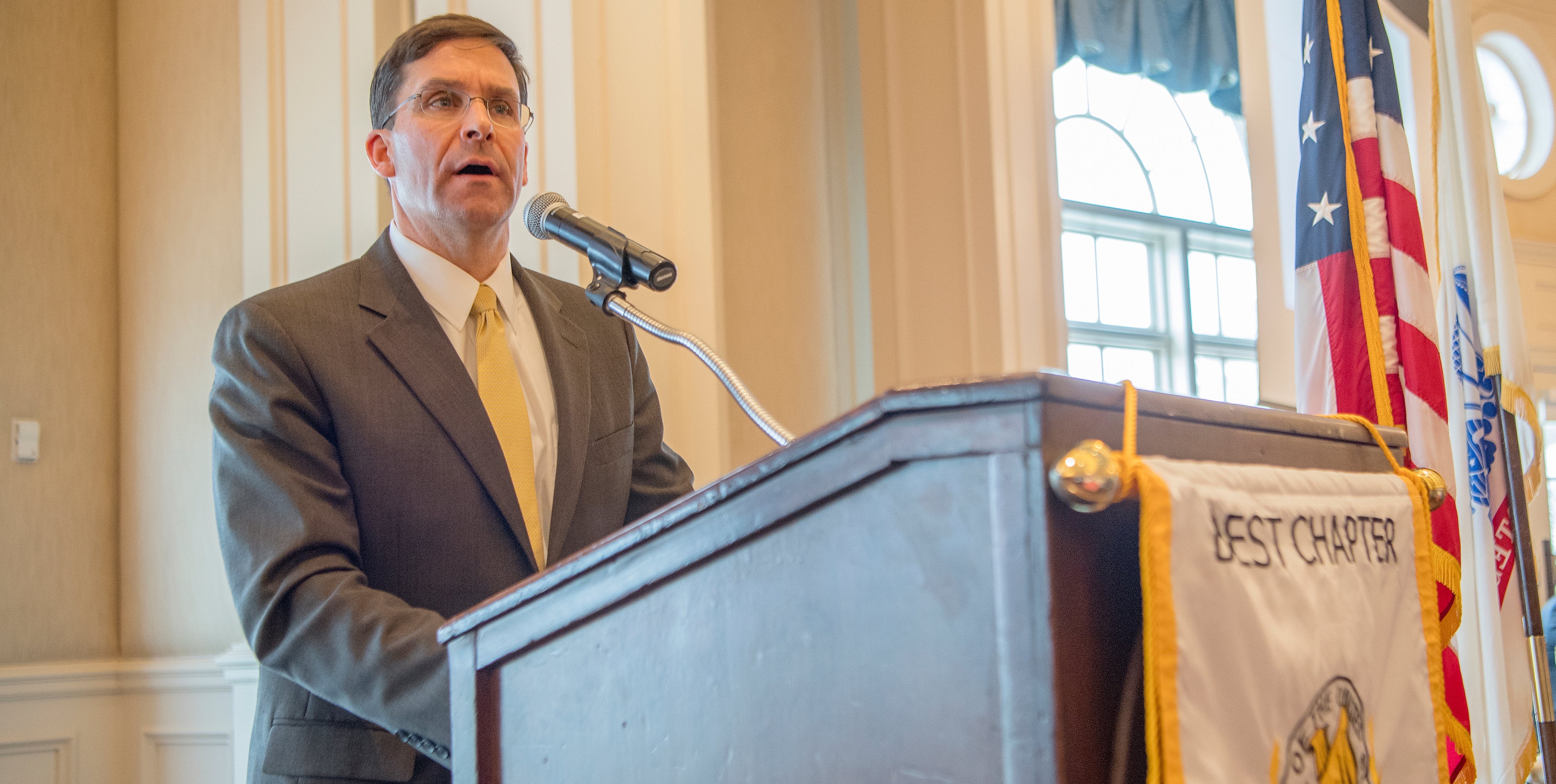 Secretary of the Army Mark T. Esper says the Army faces many challenges based on an increasingly uncertain future but it also has a major asset: public trust.

Speaking at the Heritage Foundation, the 23rd Army secretary said soldiers are benefiting from “a supportive Congress” that “generously gave us a very good budget” for fiscal years 2018 and 2019, and the Army has “regained the public trust and respect.”

The Army is “probably the most admired institution in America these days, and we certainly have a very professional all-volunteer force that has served our nation very, very well now for a few decades,” he said. “The Army is doing great things these days.”

The Army needs congressional and public support because its modernization efforts will require time and money to succeed, he said.

Esper described three major lines of effort: “The first is the evolution and propagation of the Multi-Domain Battle concept with regard to the high-end fight and all that will drive, the second is we need a new personnel system focused much more on talent management, and third, we need to transform the acquisition system by standing up Army Futures Command.”