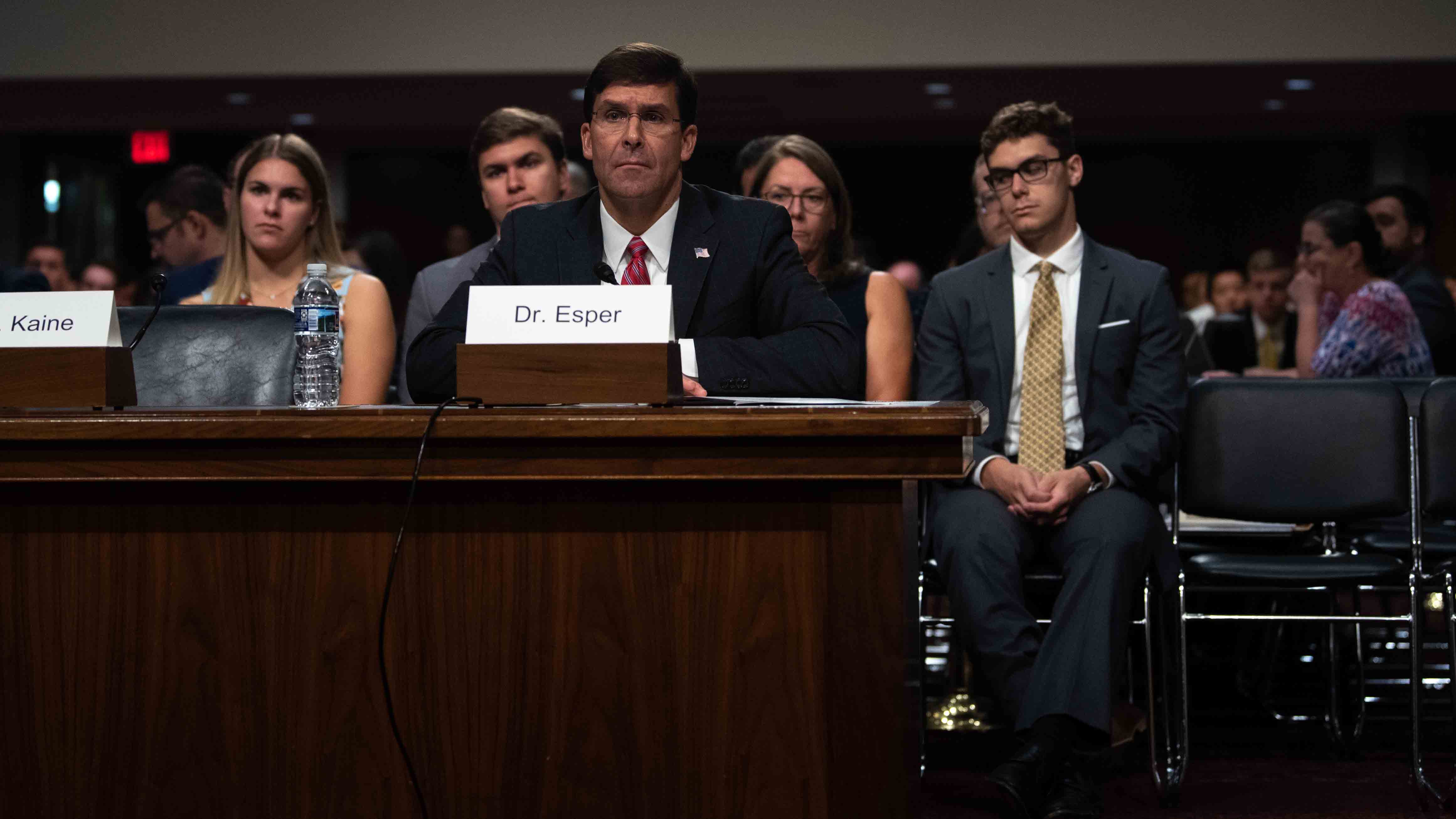 Defense secretary nominee Mark Esper, a retired Army officer with 21 years of service, says he’ll have a “particular focus” on the well-being of service members and their families if confirmed for the top Pentagon post.

Currently serving as Army secretary, Esper is a 1986 U.S. Military Academy graduate who served 10 years in the Regular Army followed by 11 cumulative years in the Army Reserve and Army National Guard.

“I understand very well the impact issues such as housing and childcare and spousal employment have on the readiness of our service members,” he told the Senate Armed Services Committee as it considered his nomination. “I heard this firsthand during the dozens of town halls and private meetings that my wife and I held across the Army during the last 20 months.”

The committee on July 18 approved Esper's nomination, and a vote by the full Senate is expected as early as July 23.

Esper's wife, Leah, and his three children were in the audience as he spoke. “As a former military spouse, she has been an invaluable asset as we focus on a range of family issues,” Esper said about his wife. “I’m confident that if I am confirmed, she will assist me in taking care of our great families across the entire Department of Defense.”

Esper was introduced to the committee by Sen. Tim Kaine of Virginia, who praised Esper for his efforts to improve employment opportunities for military spouses and for addressing substandard conditions in military housing. “He insisted that the families be dealt with fairly and promptly,” Kaine said. “That willingness to display personal accountability was very, very impressive.”

Families are critical to readiness,” Esper said, speaking from his own experiences. “You cannot ask a soldier, sailor, airman or Marine to go out and deploy and be worried about what’s happening at home. We can do better. We’ve always got to strive to do better.”