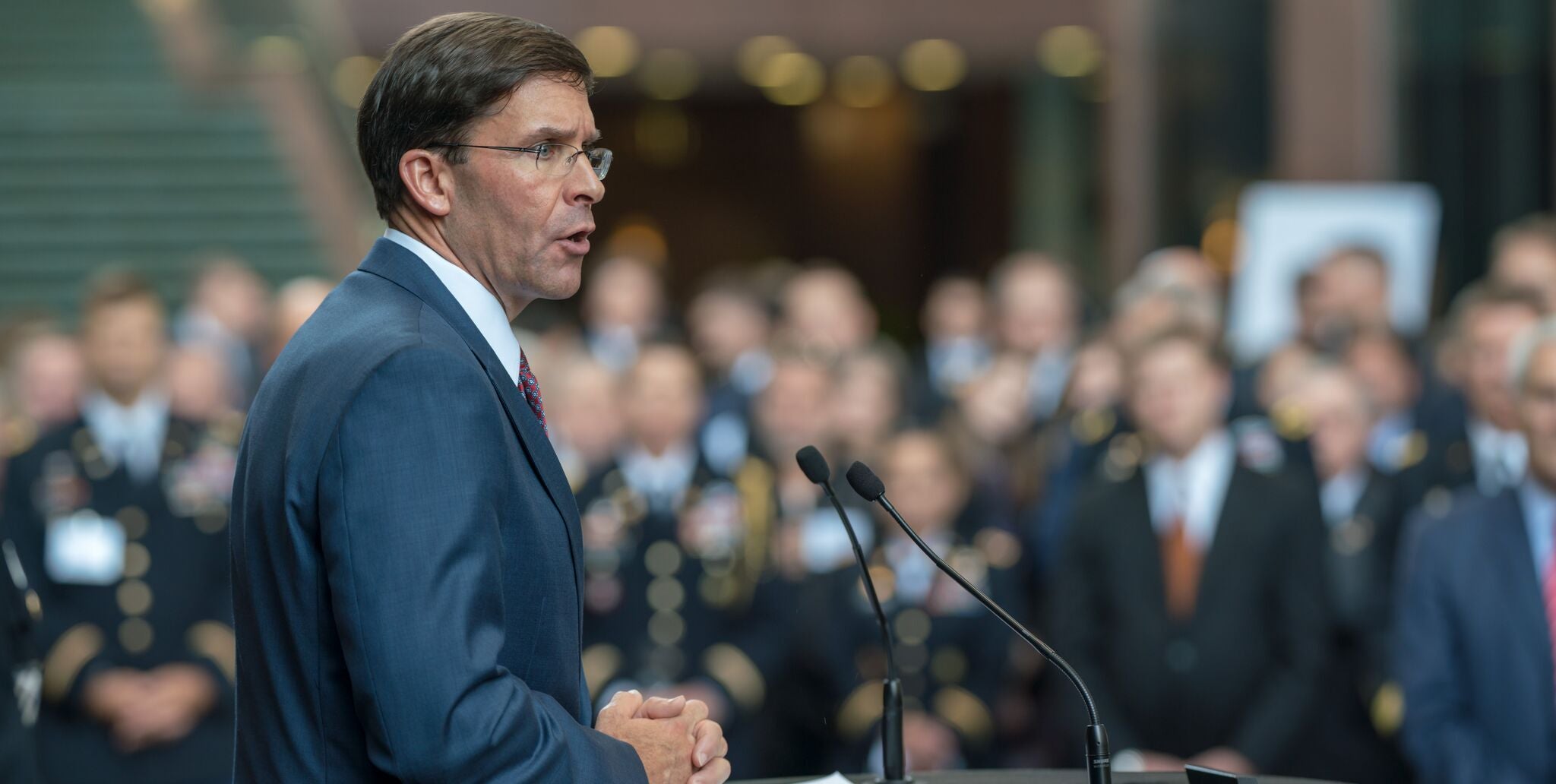 While unveiling of the 2020 defense budget has been delayed, Secretary of the Army Mark T. Esper has provided some clues about spending plans in an interview posted on the U.S. Army website.

About $25 billion for modernization spending over the next five years has been carved from legacy programs through elimination or consolidation, Esper says. “We found things that we were probably buying more than we needed. We were probably buying upgrades that we didn’t necessarily need,” he says in an article written by Devon L. Suits of Army News Service.

He acknowledges in the interview that changing legacy programs could be difficult because it requires congressional approval.

The 2020 budget proposed by the Army is “not just funding equipment upgrades; it is also extended basic training, it is funding the Army combat fitness tests [and] the standup of the irregular warfare office,” Esper says. The Army has already extended initial infantry training from 14 weeks to 22 weeks.

The Defense Department had been aiming toward a Feb. 4 release of the 2020 budget but the partial government shutdown delayed the rollout. A new date has not been set but it is not expected before mid- to late February.