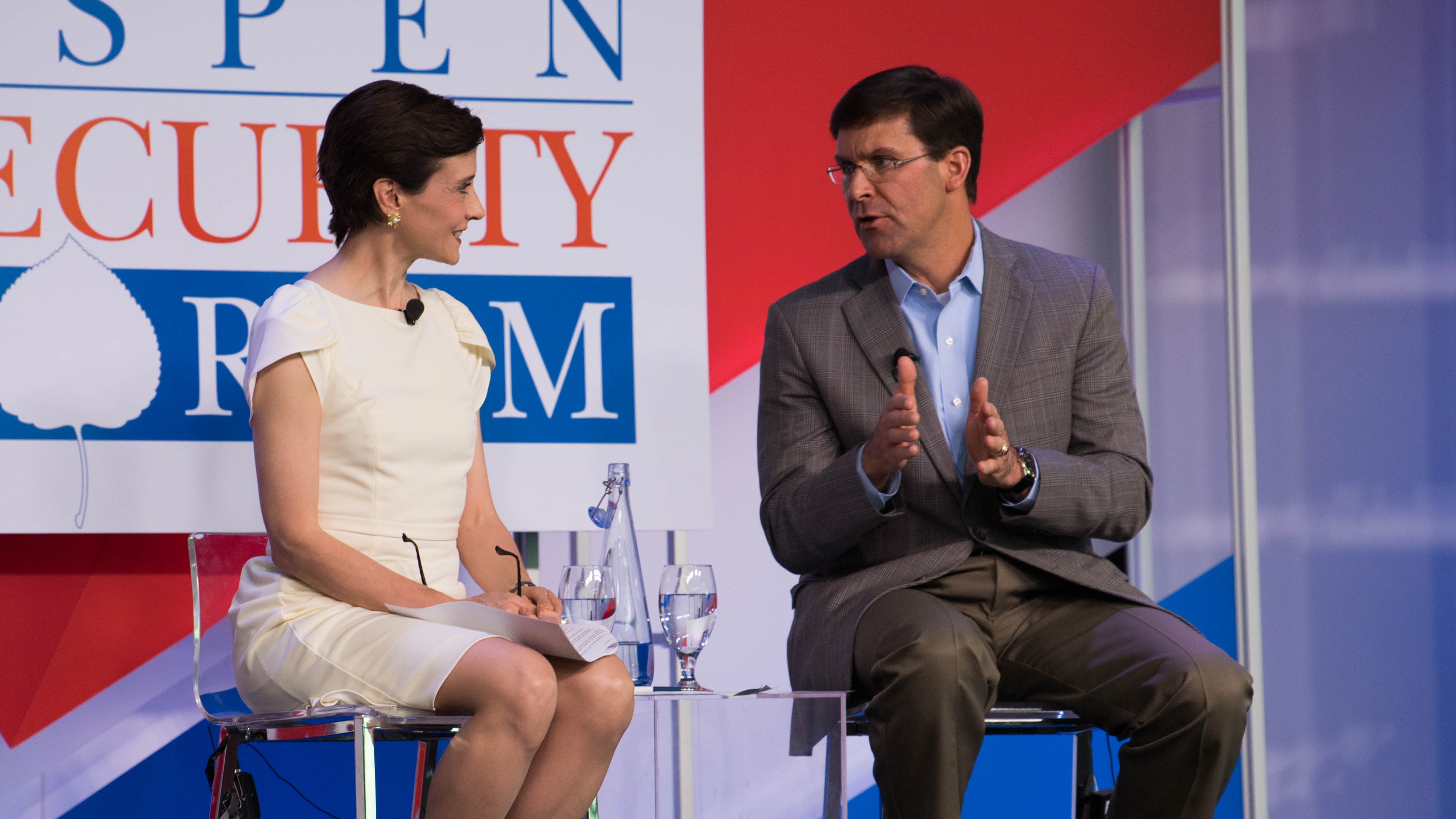 Army Secretary Mark T. Esper said the Army has launched some bold changes but that doesn’t mean today’s force is weak. “We are ready for any type of threat today,” he said, speaking at the Aspen Security Forum in Colorado.

Esper was introduced by retired Lt. Gen. Guy C. Swan III, the Association of the U.S. Army’s vice president for Education, who said the Army secretary “brings a remarkably wide array of skills and experiences to this position,” at least partly because Esper has “been a soldier with the unique distinction of serving in all three components of the U.S Army.”

Esper, the 23rd Army secretary, said he wanted to “reassure” everyone about three things.

First, the U.S. Army remains powerful. “The Army is ready today to deploy, fight and win, anytime, anywhere, against any foe.”

Second, there is a purpose behind the changes. “I believe we have the vision, the leadership, the initiatives, everything we need in place to make sure we are able to accomplish that mission in years ahead, in decades ahead,” he said.

Third, he said a renaissance “is underway today across a number of fronts to make sure we implement that vision and are ready to fight those future fights.”

Esper spoke particularly of how he felt the U.S. stacks up against Russia. “I like to look at Russia in the context of the Army’s strengths. When I look across a number of factors, I feel very good where we are.”

The U.S. has superior soldiers, he said. “Man to man, woman to woman, we’ve got far superior people. They are smart. They are innovative. They are tough. They have all of those types and skills and attributes that are critical in any type of battlefield.”

The U.S. also stacks up well with Russia in terms of equipment, Esper said. “I’ll put my money any day of the week on American business, on our defense companies, on our innovative industries to provide our soldiers the tools, the weapons and equipment they need to fight and win in a future conflict.”

Another advance is allies, he said. “We have great allies. They are capable, and we have far greater numbers that what Russia possesses.”