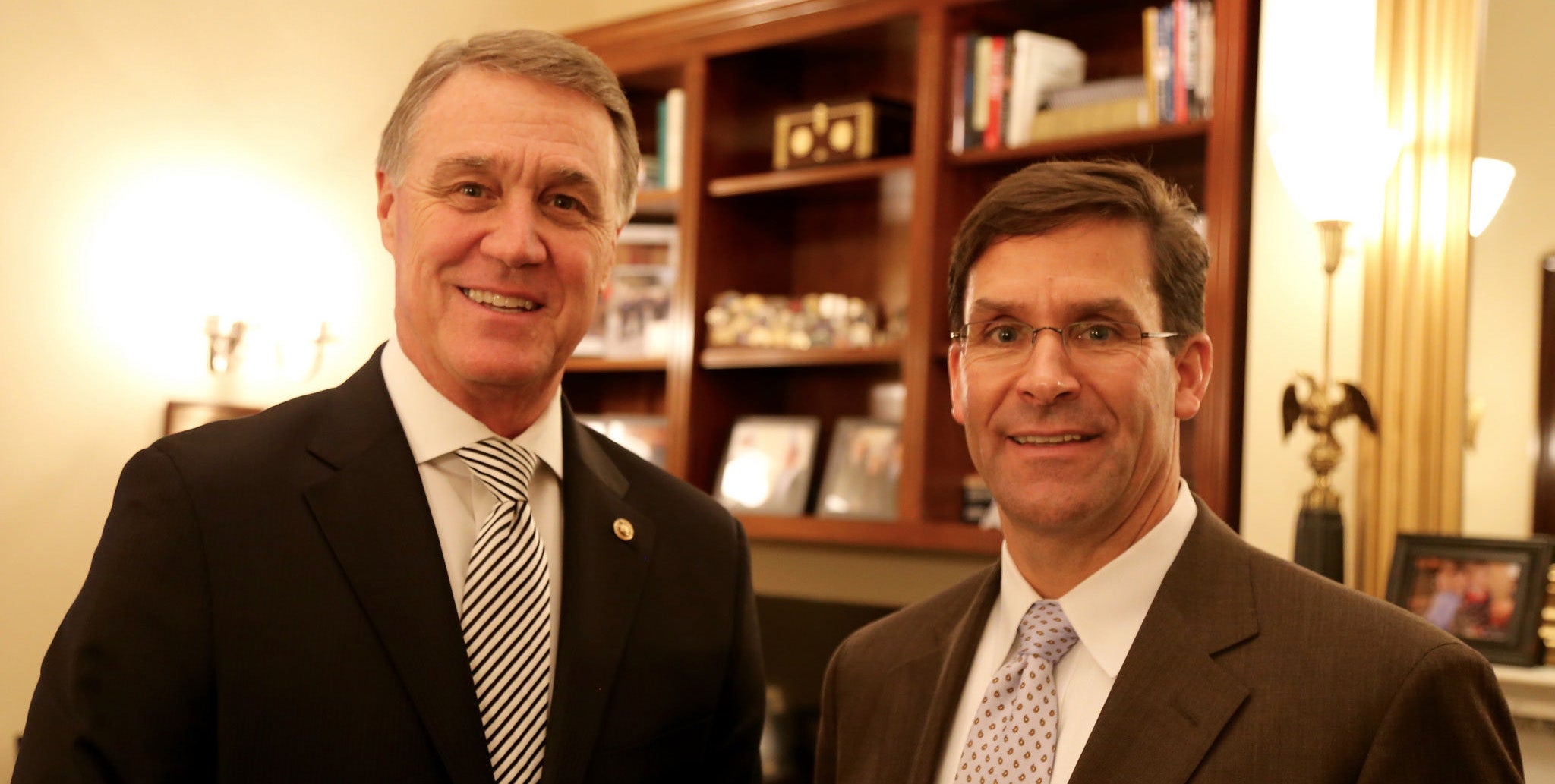 By a vote of 89-6 the Senate has confirmed Mark T. Esper, a retired Army combat veteran and business executive, to become the 23rd secretary of the Army.

The post as the top Army civilian has been filled by acting secretaries since President Donald Trump took office in January. The long delay is the result of two nominees dropping out before Senate hearings could be held, and then because of a lengthy number of holds on Senate action for a variety of reasons that had nothing whatsoever to do with Esper’s qualifications for the job.

Counting his time at the U.S. Military Academy, from which he graduated in 1986, Esper has 25 years of experience in uniform. “During my military career, I had the privilege of leading soldiers in both wartime and peace, in a broad range of command and staff assignments, and in locations extending from the United States, to the Middle East, and to Europe,” he told the Senate Armed Services Committee. “All of this experience gives me an invaluable understanding of the Total Army—its culture, organization, and functions—and the critical role that our Soldiers, their families, and the civilian workforce play in defending our country.”

His experience extends beyond the Army. He was a congressional aide working on national security issues for the House and Senate, and served as deputy assistant defense secretary for policy. He also worked for a defense-related think tank and, most recently, at Raytheon, a top defense contractor.

Retired Army Gen. Carter F. Ham, Association of the U.S. Army president and CEO, said Esper’s approval from the Senate is good news. “With Dr. Esper’s confirmation, the top leadership of the Army is now fully in place and, ideally, will remain so for the next few years. Dr. Esper, General Milley, Undersecretary McCarthy, General McConville and Sergeant Major of the Army Dailey comprise exactly the right team to lead the Army during a particularly critical time. All of us at AUSA stand ready to support them and the Soldiers they lead.”

Ham gave a special thanks to McCarthy, “who has so admirably served as Acting Secretary of the Army since August.”