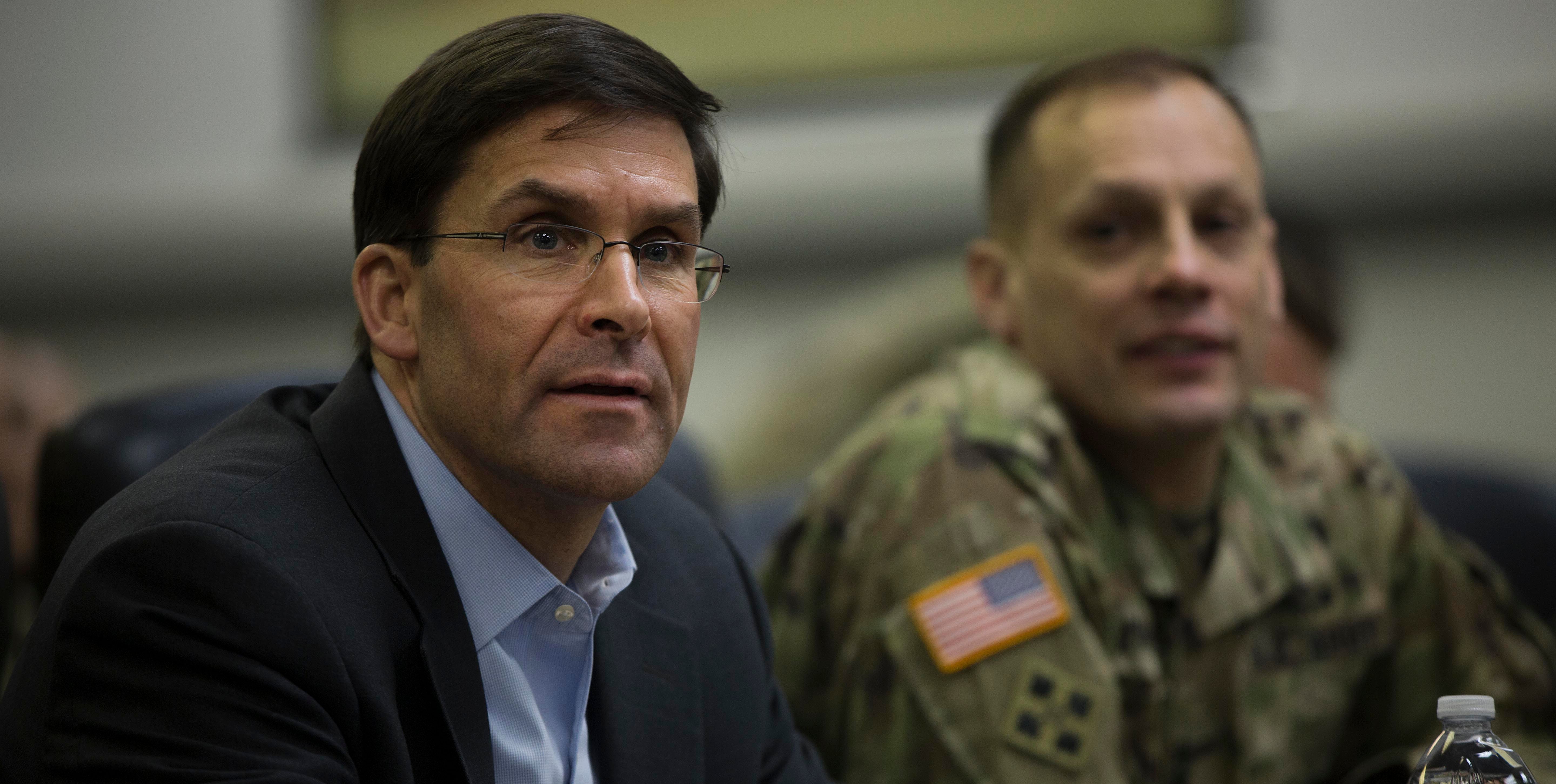 Secretary of the Army Mark T. Esper says the Army has a comprehensive plan to ensure long-term dominance but that doesn’t mean it is weak today.

“The Army's readiness across its formations is improving. If called upon today, I am confident we would prevail in any conflict,” he said.

Esper and other Army leaders have been focused on action to reform and restructure weapon programs to deliver much-needed capabilities faster and more efficiently, a move that requires pointing out areas where the Army is falling behind. That’s important, he said, because the U.S. has “returned to an era of great-power competition that makes the world ever more complex and dangerous.”

The Army must be prepared for “high-end, very complex threats” from Russia and China, while also facing regional threats and dealing with irregular warfare, Esper said. Not being able to focus on a single threat means the Army instead must work to maintain core competency.

This is why the Army is making maximum use of combat training centers and also stepping up other training, and also why it is investing in professional development and talent management, Esper said.

Unit rotations to Europe are also important, Esper said. “That has allowed the Army to practice deploying again, and that is a critical skill. We are rotating highly trained units that are coming right out of the National Training Center.”