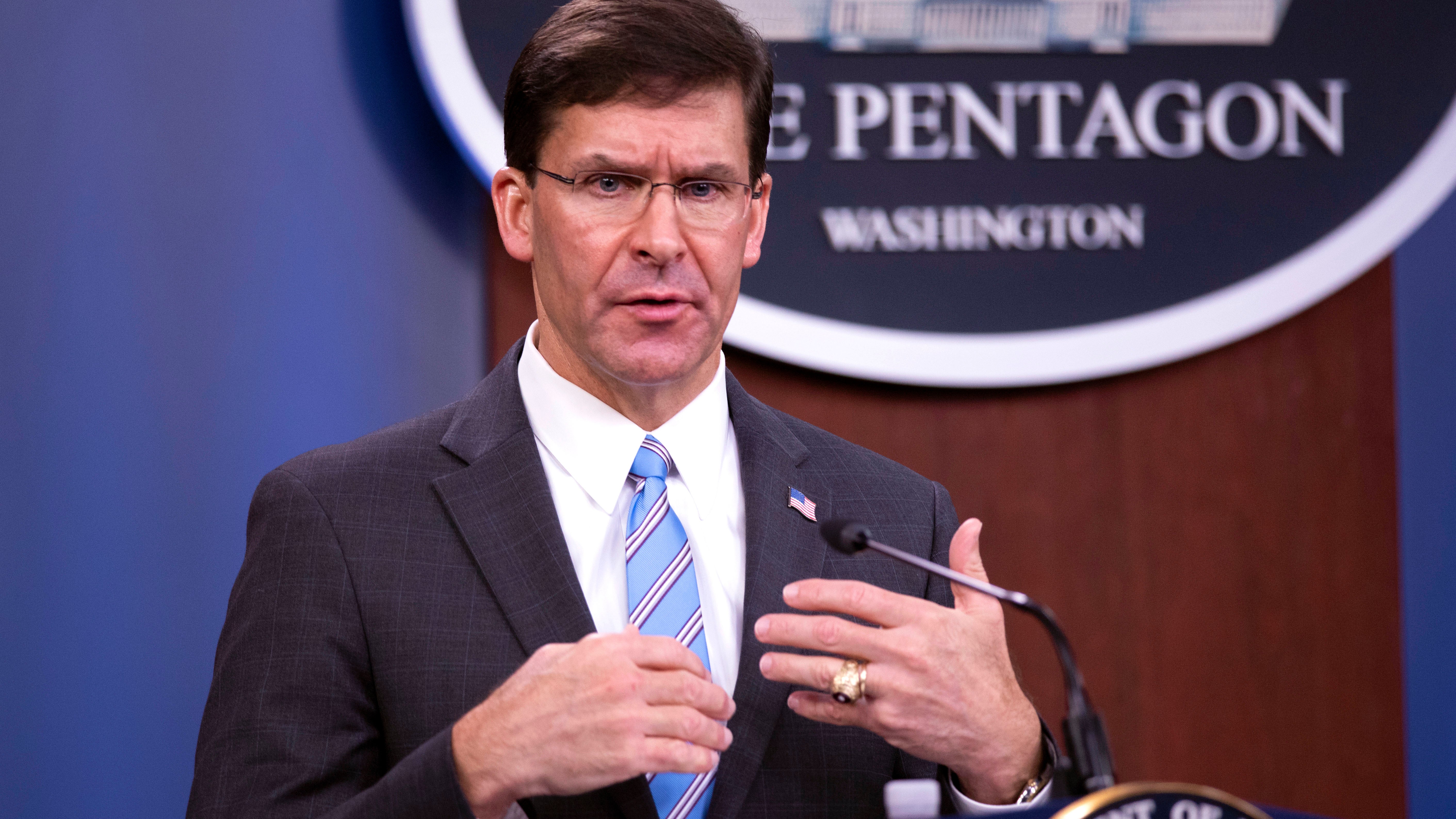 The Pentagon must fight its “heavily bureaucratic” and “risk-averse” culture if it wants to transform and modernize the force for the future battlefield, Defense Secretary Mark Esper said.

The willingness and ability to change the culture in DoD is a big issue, Esper said, especially as the military pushes ahead on several modernization efforts during a time of flat or shrinking budgets.

“It’s DoD writ large, the big agencies where we really need to develop a different culture, and that means giving people room to fail,” he said. “It doesn’t mean that everybody loses their job because they took an appropriate risk, and so part of that is changing the leadership culture as well.”

The military is at a “pivotal moment,” Esper said, citing as an example the Army’s ambitious modernization plans to replace the weapons systems it has been using since the 1980s.

“We just reached a point where it was time to make that change, and across all services you now see everybody doing this, whether it’s the Air Force with the new stealth bomber, three services with the F-35,” he said.

The military also is investing in new, emerging technologies such as artificial intelligence, robotics and directed energy hypersonic weapons, “areas we think are game changers in the future that we’ve got to put big dollars into, and we are committing to,” Esper said.

In the near-term, Esper said he is concerned about consistent, adequate funding for DoD. “I still believe we need to maintain 3% to 5% annual growth … to make sure that we are as ready as we need to be to face not just today’s threats but future threats,” he said.

But he also said he’s worried about how big federal spending on COVID-19-related aid could reduce money for defense programs. “That’s why I continue to beat the drum that we have to be much more cost aware, cost-efficient,” Esper said. “We’ve got to make those hard choices. We’ve got to get rid of the legacy systems. So many programs are important, but, frankly, some are more important than others. … We just need to be realistic.”