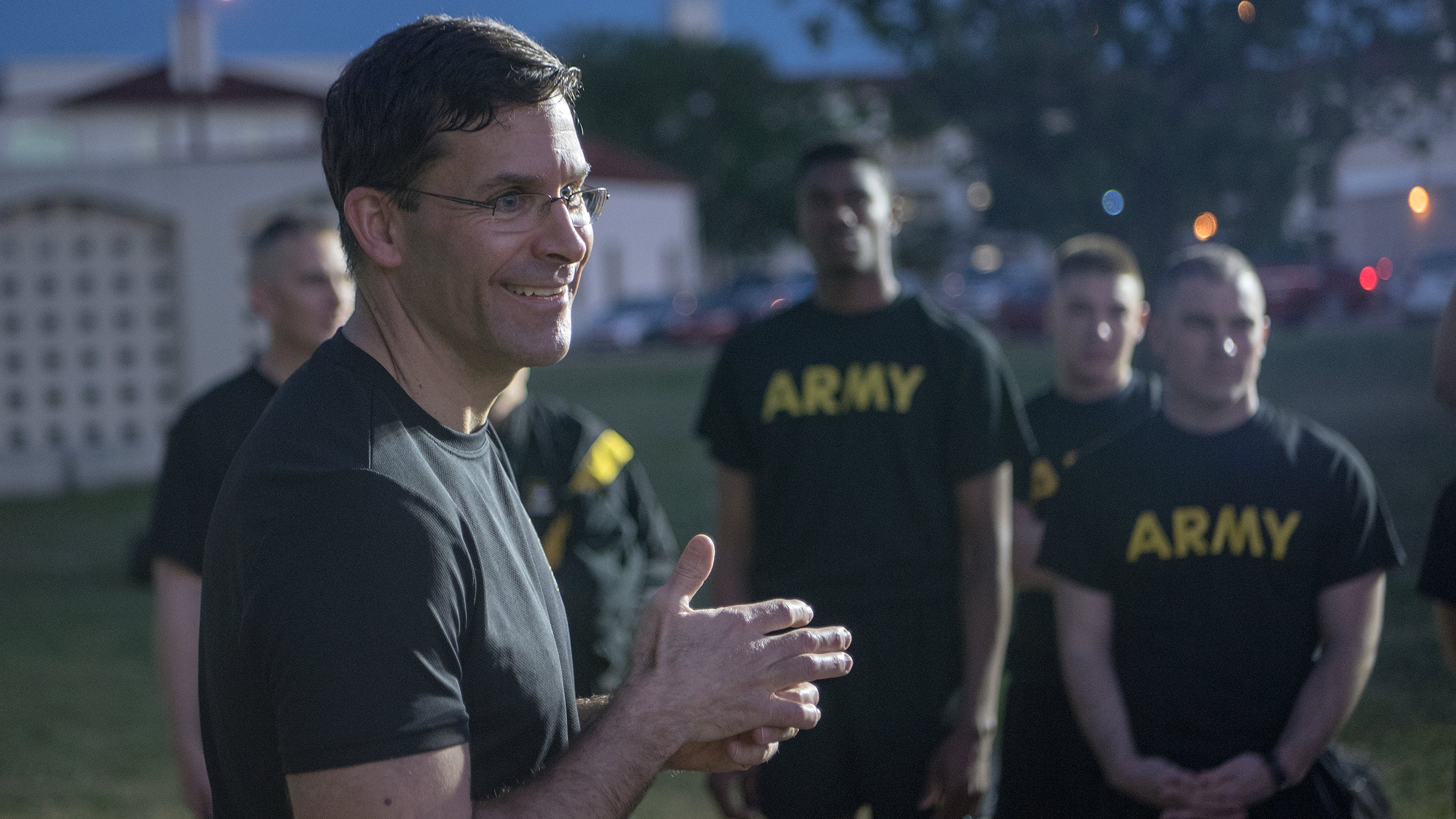 Soldiers who played on sports teams in high school are more likely to have the traits needed to succeed as leaders in the Army, according to Army Secretary Mark T. Esper, who said a sports background “just jumps out for me.”

“People who play sports, who are on sports teams, I think are valuable,” Esper said June 13 to an almost exclusively female audience at the Women in Defense National Conference in Arlington, Virginia, where he was the keynote speaker.

As the Army tackles the task of finding the right people to fill its ranks, Esper said he has been looking closely at the traits of current successful leaders when considering how to bring people into the service, as well as what people did in high school.

“My preference is for kids who were on sports teams and stuff like that as a criteria that we should look at,” said Esper, who played football and basketball and ran track at Laurel Highlands High School in Uniontown, Pennsylvania.

In a combat arms formation, he said, “you want somebody who knows what it’s like to be on a team,” and to have the experiences that teams share, such as sacrifice as a team member, winning, losing and getting back up to fight, train and prepare.

“That’s what our business is all about,” Esper said. “When I see a young man or woman who has participated on a sports team and has that background, that just jumps out for me.”

The Army has overhauled its recruiting and talent management initiatives to reach a national base of potential recruits who are either unfit for service or have no desire to serve.

As part of that effort, the Army’s first esports team was stood up earlier this year to compete in video game tournaments, and the service also created the Army Warrior Fitness Team, whose 15 athletes have already begun competing in commercial sports events such as CrossFit, Strongman and mixed martial arts competitions.