Esper: Army Change ‘Must Be Big’

Esper: Army Change ‘Must Be Big’ 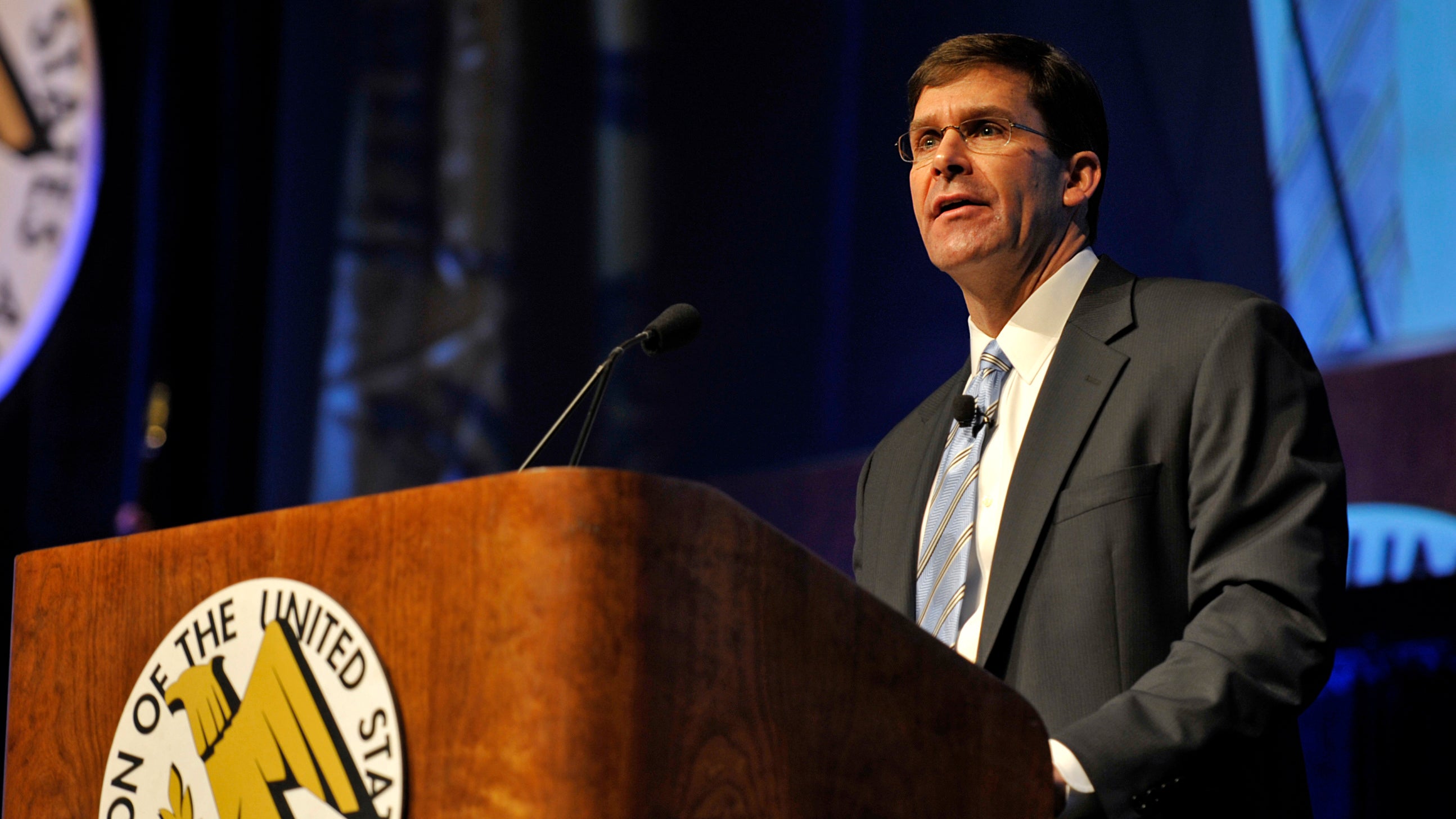 The U.S. Army needs to change “and that change must be big,” Secretary of the Army Mark T. Esper said, describing where the service needs to be within a decade.

Speaking at the Global Force Symposium and Exposition hosted in Huntsville, Ala., by the Association of the U.S Army’s Institute of Land Warfare, Esper said today’s force faces many challenges that must be overcome by 2028 for the U.S. to maintain an advantage over potential adversaries.

Esper described an almost complete makeover involving doctrine, how the Army is organized, manned and trained, and its weapons and systems.

The change with one of the most lasting impacts is the pending creation of the Army Futures Command, an organization expected to have about 400 uniformed and civilian personnel that will oversee a streamlined process for modernization of weapons and systems.

The Army hopes to soon narrow possible locations of the command to 10 cities, Army officials said.