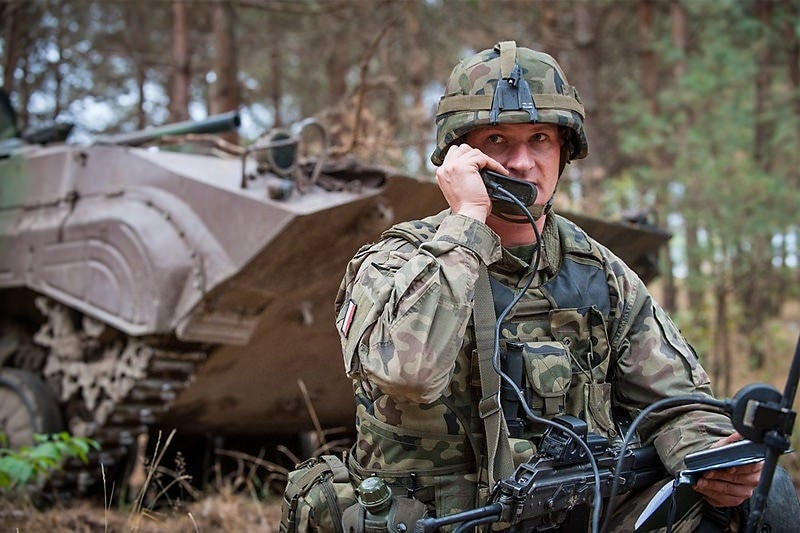 A massive military exercise planned for June in Poland and involving forces from the U.S. and 23 other allied nations could be a major step in displaying credible deterrence against intensifying Russian aggression toward Europe.Exercise Anakonda 16, billed by U.S. Army Europe as its “capstone event,” will feature airborne operations, air assault training and multinational river crossings.Participants readily acknowledge that the war game, which will play out at various sites across Poland ahead of a NATO summit in Warsaw in July, is designed to be a demonstration of the alliance’s deterrent posture and capabilities.Initial announcements of the exercise come as a major Washington think tank has released the first phase of a two-part report that explores potential steps the U.S. Army can take to help the NATO alliance enhance “credible deterrence” in Europe.The report by the Center for Strategic and International Studies, “Evaluating U.S. Army Force Posture in Europe,” recommends that the Army deploy a second rotational armored brigade combat team to the continent and preposition enough equipment there to support eight brigades, not just the current three.The report, commissioned by USAREUR, can be found here. It cites a long list of Russian provocations that are driving a renewed focus on the European theater, including Moscow’s illegal annexation of Crimea in 2014; ongoing military support to separatist rebels in eastern Ukraine; withdrawal from the Conventional Forces in Europe Treaty; large “snap” military exercises along NATO’s eastern and northern borders; and expanded naval and air patrols along the alliance’s periphery.“These destabilizing acts threaten the abiding interest of U.S. security in Europe—to which the United States is bound by treaty obligations,” the study said. Today, the Army has only enough equipment prepositioned in Europe to support its two permanent brigade combat teams and one rotational armored brigade combat team. The study calls for adding a second rotational armored brigade combat team to Europe, which it said would give USAREUR “the ability to maintain a continuous rotational presence of U.S. combat forces in and around the Baltic States and Eastern Europe without the need for permanent bases.”That would bring the total brigade combat team “forward presence” to three at any given time, and four when deployment of the two rotational armored brigade combat teams temporarily overlap.At the same time, the Army should build up prepositioned equipment stocks in Europe to support a total of eight brigade combat teams. “The Army must carefully consider where to position this equipment,” the study said, suggesting multiple sites across Germany, Belgium and the Netherlands near existing road, rail, air and sea distribution hubs.The center noted that reshaping the Army presence in Europe in support of “an effective strategy of extended deterrence” is complicated by a number of factors, mostly related to the cost of keeping large conventional forces in Europe during peacetime – a prime reason why Army troop strength on the continent has declined from about 200,000 troops in the 1980s to just over 30,000 today.Also, in recent years U.S. ground forces in Europe have engaged allies on the continent mainly in the context of boosting expeditionary capabilities for use in Iraq and Afghanistan. “As such, U.S. and allied militaries have not maintained a high level of readiness to defend territory in Europe,” the study said. The center acknowledged that its recommendations “are costly, both in dollars and in forces,” but “while conventional deterrence does require considerable financial support, it is far less costly by any metric than going to war with Russia.”The second phase of the study will assess the implications of Russia’s new strategic posture for U.S. Army Europe over the next decade and how Russia might respond to various U.S. force structure changes and other actions in Europe.